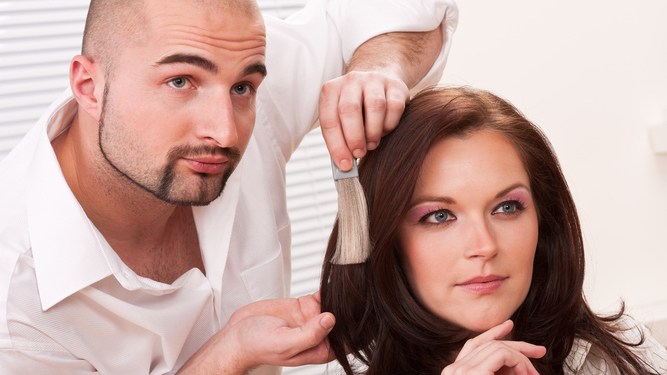 WITH only millionaires able to afford petrol and Lurpak more expensive than a coke habit, the cost of living crisis is here to stay. But one group is being hit particularly hard: women. Here’s how…

Men go to a barber’s where they get a trim in awkward silence with change out of a tenner. No such luck for females. No man truly knows what goes on in the hair salon every few weeks, but it costs a f**king fortune. Women tell of mythical ‘layers’, ‘toners’, ‘full head colours’ and ‘Brazilian blow dries’ which magically cost the same as a weekly shop for a family of four.

When you’re skint it makes sense to cut out unnecessary boozing. Have a couple of pints of tap water a day, or to save on your water bill, scoop it out of a puddle. Women’s taste for cocktails, fizz and spirits really isn’t appropriate right now. Especially if you’ve only gone to the bar so you don’t have to heat the house.

If a woman’s friend, sister-in-law or whoever gets them a shitty present, they get a much better one in return. This doesn’t make sense to men, but it apparently shows up their meanness and teaches a lesson in generosity. So a crap gift like perfume off the market means they get proper jewellery and an expensive meal. Illogical, but as women will assure you, ‘That’ll show them!’ and it’s best not to argue.

They must be warm at all times

Women’s advice to ‘put a jumper on’ has come back to haunt them. In truth they love warmth like reptiles and have near-sexual fantasies about snug living rooms. Really they should reduce energy bills by putting on several layers, jogging in a pitch-black room to keep warm, then going straight to bed to read Grazia by candlelight. Luckily there’s another way to save money – cancelling Sky Sports packages.

Men find it incredible how much women spend on make-up and personal care – but equally don’t want to be faced with a female population denied these essentials. Most men don’t wear make-up, shower religiously or shave their body hair. Now imagine smelly, hairy women who haven’t raised their attractiveness by at least two points with make-up. There’s clearly potential for men to start a campaign for a price cap on lip gloss and Veet strips.