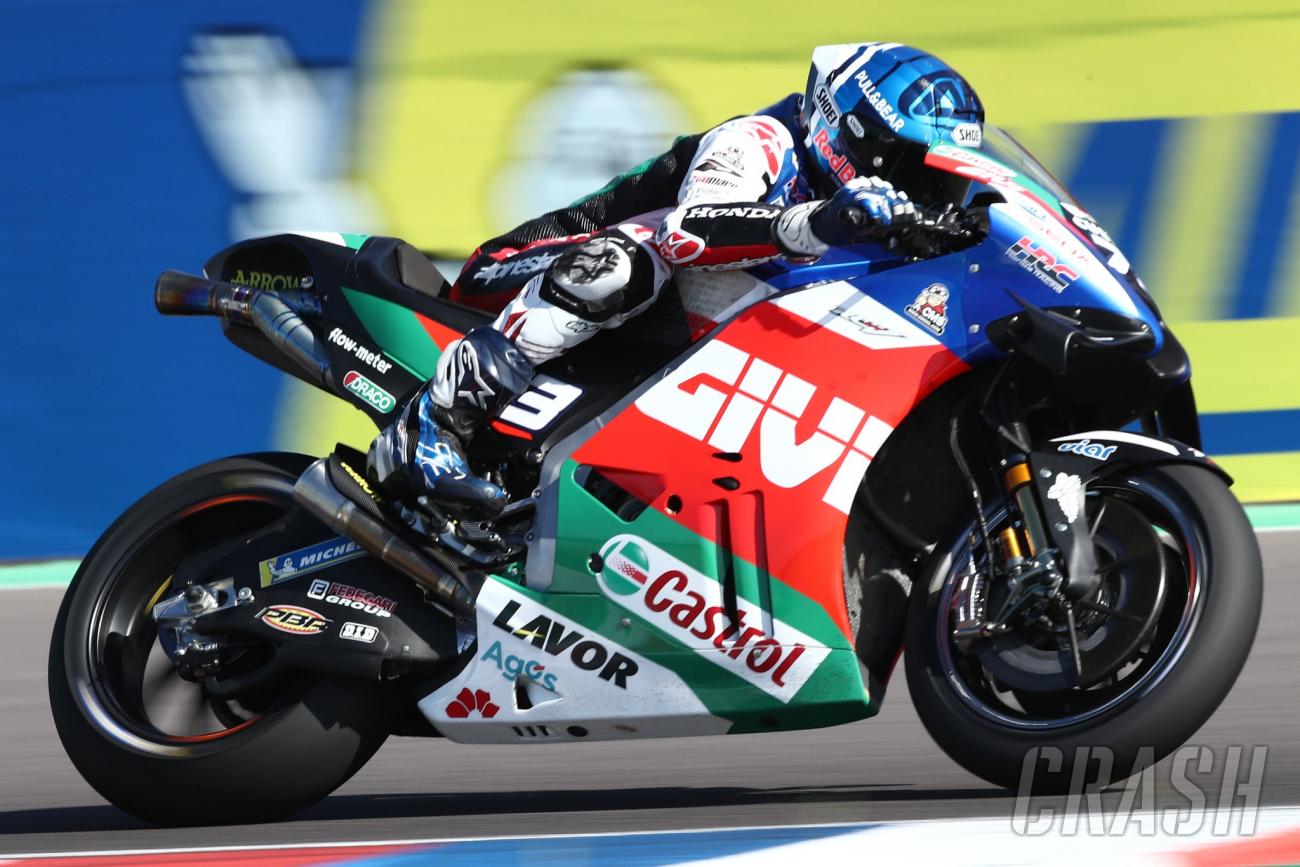 LCR Honda riders Takaaki Nakagami and Alex Marquez have both had three engines withdrawn, after 11 of the 20 rounds in this year’s MotoGP World Championship.

Never miss a video from

It’s the main anomaly from the engine use list so far this season, given all other competitors have withdrawn no more than one engine and that Nakagami/Marquez didn’t have any engines removed from use at the same stage (round 11) of 2021.

The two engines that Nakagami started the season with in Qatar were both withdrawn at round seven (Le Mans), then a third – introduced in France – on race day at Assen. That means 5-6 rounds of use by each engine, a healthy figure, although the decision to then officially withdraw the engines is unusual.

One of Nakagami’s present engines was introduced on race day at Assen, while the other has done 5 rounds.

Team-mate Marquez had an engine withdrawn on Saturday in Austin (round 4), then another – which had only been used for 1.5 rounds – in Le Mans, followed by a third (from Qatar) on Friday at Assen. His present engines have done 5.5 and 3.5 rounds.

It took until round 13 for Nakagami and Marquez to have any engines withdrawn last season.

The reason for the high ‘withdrawn’ tally at LCR is unclear, but accident damage is thought to have been one factor.

A design reliability issue seems unlikely since Pol Espargaro and Repsol Honda team-mates Marc Marquez/Stefan Bradl, using the same engine spec as LCR, have only ‘lost’ one engine. Indeed, Espargaro was still using one of his Qatar engines during Friday practice in The Netherlands.

The good news for the LCR riders is that, although they only have two engines currently available and cannot recall any of the three withdrawn, their total engine use of 5 out of 7 matches the majority of the grid.

That includes Yamaha’s reigning champion and current title leader Fabio Quartararo, who is also among the 13 riders yet to have any engines withdrawn so far this season.

Closest rival Aleix Espargaro is likewise on engine number five, but with one withdrawn. However, due to Aprilia’s technical concessions, Espargaro still has another four new engines available.

Unlike the other manufacturers, those yet-to-be-used Aprilia engines can also feature an upgraded design, a welcome perk as Espargaro seeks to close the 21-point gap to Quartararo.

Tech3 KTM rookie Raul Fernandez, who missed half of the Portimao weekend and all of Jerez due to injury, has used the least engines so far at 3 out of 7.