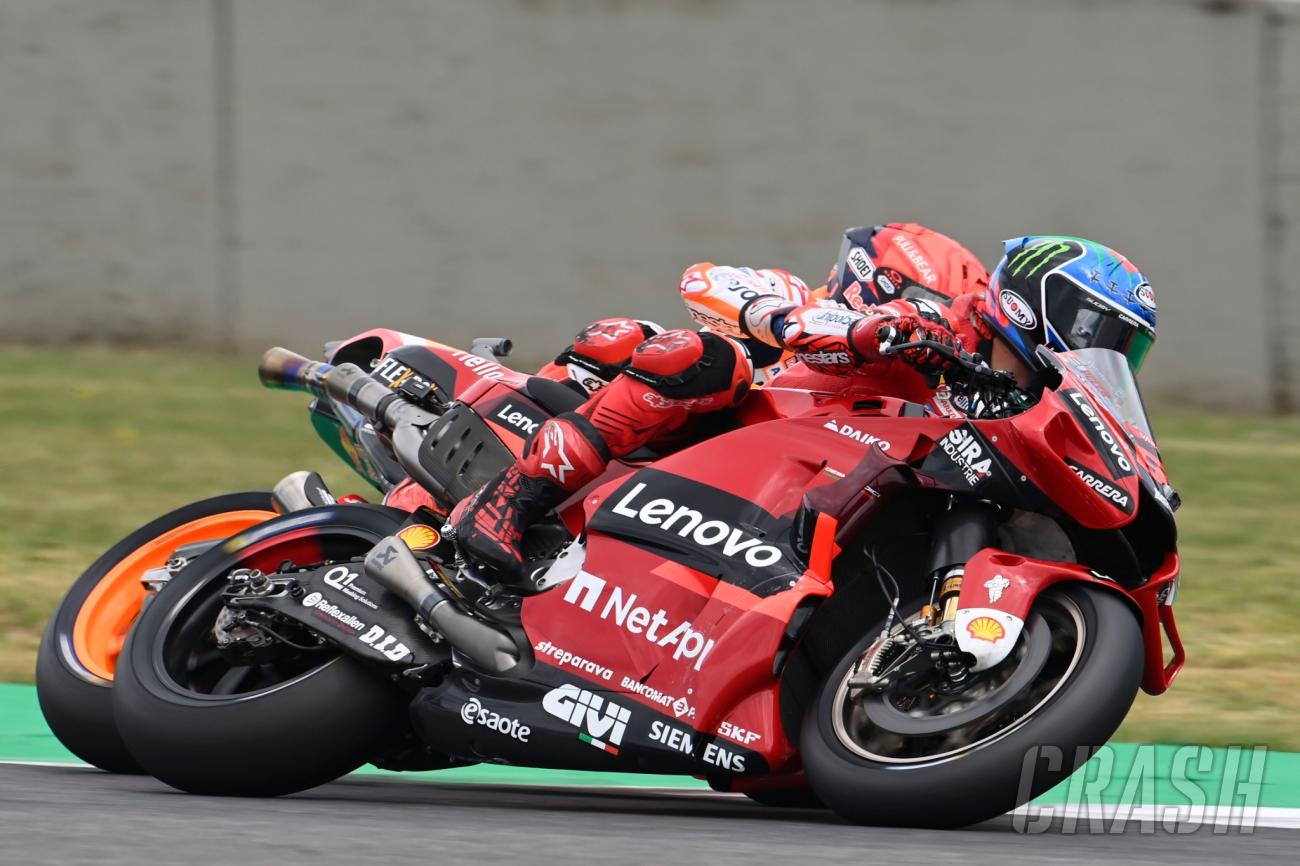 After taking his second MotoGP victory of the season, Francesco Bagnaia has reduced his championship deficit from Fabio Quartararo to 31 points.

A second win in three races, Bagnaia was made to work hard for it during the early laps after making a poor start. But once he gained momentum and found his way to the front, there truly was no stopping the Italian as he delivered a typical Bagnaia performance.

Like in Jerez, Bagnaia held off late pressure from Quartararo who himself managed to increase his points lead to eight over Aleix Espargaro.

Home to some of the most spectacular MotoGP races, the Circuit de Barcelona-Catalunya is hosting a Grand Prix for the 31st year in succession.

One of the races that remains a classic of the modern era is 2009 when Valentino Rossi and Jorge Lorenzo battled every lap until the final corner.

Leading with just one sector to go, Lorenzo thought victory was his before Rossi invented a brilliant final corner overtake that no one could have seen coming.

With the front tyre on the absolute limit, Rossi managed to park his Yamaha on the apex and hold off Lorenzo to the line.

Rossi holds the most wins at Catalunya (10) with six of those coming in MotoGP, while Lorenzo has five in the premier class and Marc Marquez – won’t be taking part in this weekend’s Grand Prix after electing to have a fourth operation on his right arm since 2020 – has three wins in total (two in MotoGP).

This weekend’s Catalan MotoGP will be the first since ‘leather-gate’. In a position to try and repeat his victory of 2020, Quartararo famously finished last season’s race with his Alpinestars suit open after losing his chest protector.

After analysing the issue Alpinestars confirmed that Quartararo’s suit was in perfect condition and that no problem was detected from the product itself. Even so, the Italian manufacturer made small changes to the fastening procedure which have not been changed since.

You can watch every lap via BT Sport in the UK.

Crash.Net will provide details of every twist, every turn, every big story and every talking point.