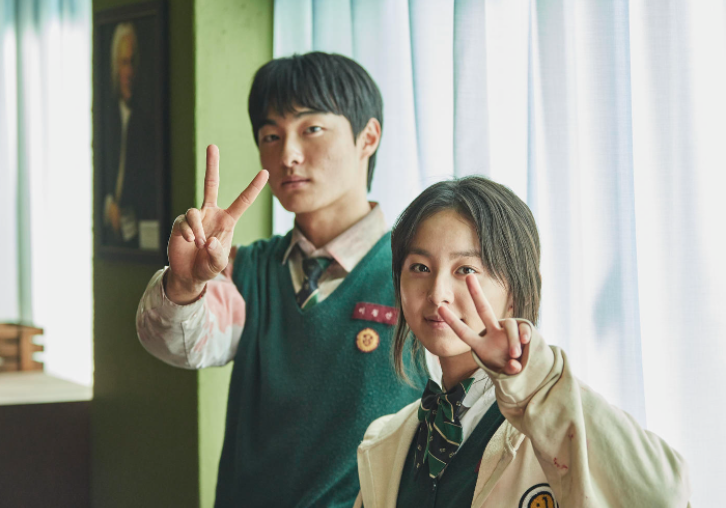 Based on Naver’s webtoon, ‘Now At Our School,’ the Netflix series ‘All Of Us Are Dead’ has been a global hit topping Netflix’s global Top 10 chart on February 2, ranking in the top 10 in as many as 91 countries.

So will the popular Zombie series make a return on Netflix with season 2? Let’s find out!

Is there All Of Us Are Dead Season 2?

While speculations about ‘All Of Us Are Dead’ season 2 was at an all time high after its ‘open’ ending on season 1, now fans have the thoughts of the director regarding a possible season 2.

According to Korean news media outlet Spotv, Lee Jae-gyu has shared that All Of Are Dead with made with multiple seasons in mind.

Lee Jae-gyu explained, “The story itself was set with season 2 in mind, so if season 2 came out, it could be a little more interesting and expanded. It will be more like a survival period.”

The director has further shed light on the existing half zombies, talking about the possiblity of mutation and more. In order to tell a ‘new story,’ the director has added the angle of immunity from the deadly virus.

“Nothing has been confirmed, but if this story goes on to the second or third series in the future, it seems like it could have an extended value,” Gyu noted.

All Of Us Are Dead director says, half zombies are like immortal beings

For all the Nam-ra fans, the director of ‘All Of Us Are Dead’ has shared further good news. According to him, as half zombies are not dead and also not alive, they can be considered immortal, the Korean news outlet quoted him saying.

He explained the special cases of Eunji and Gwinam saying, “Eunji and Gwinam turn into zombies after they die, but they are ‘undead zombies’ who became zombies while they were alive. They are like Immortals.”

While fans wait to hear the confirmed news of ‘All Of Us Are Dead’ season 2, its increasing popularity wordlwide along with a strong plotline created keeping multiple seasons in mind are surely giving fans more hope than ever.

What did you think about ‘All Of Are Dead’ season 1? Let us know @HITCCulture.