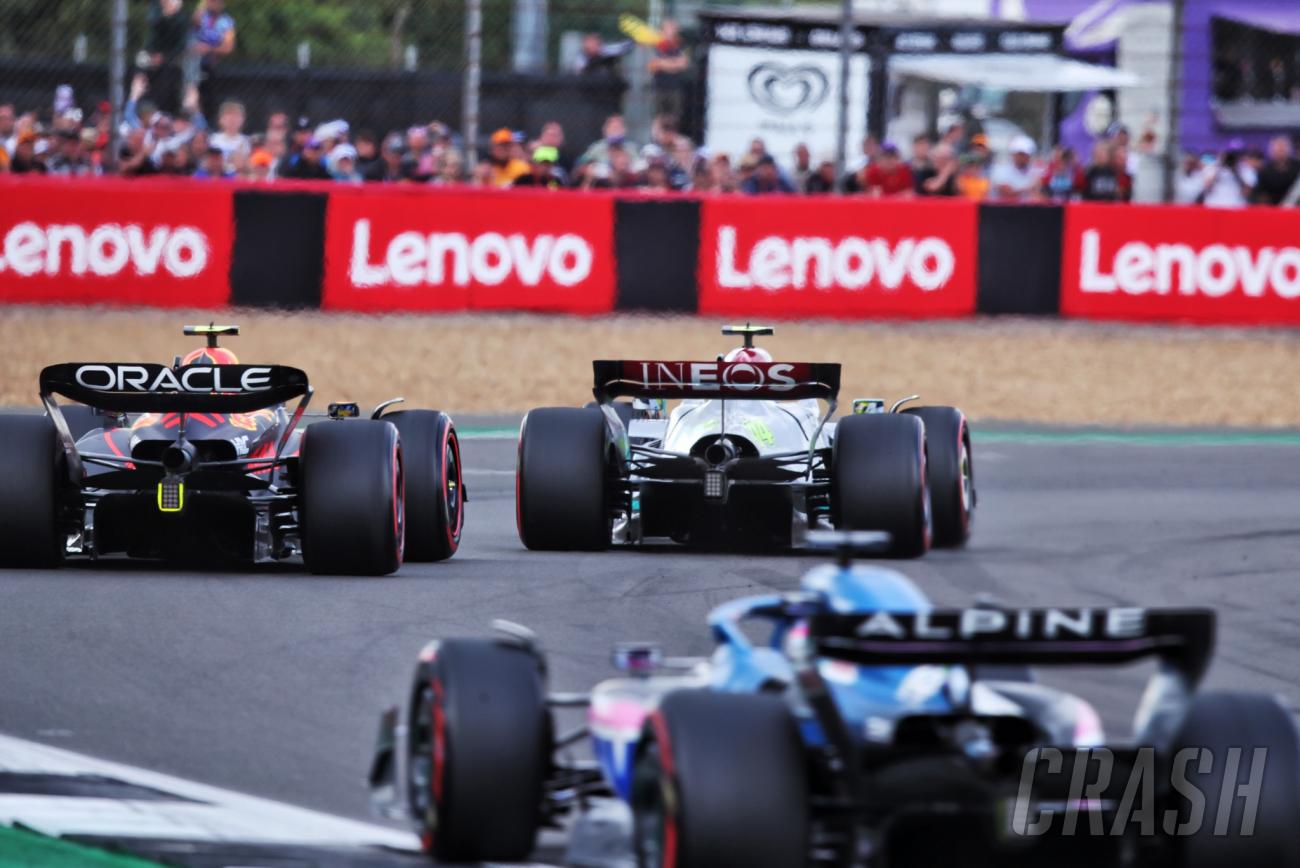 The two-time F1 world champion said he was surprised that some of his rivals escaped punishment during last weekend’s British Grand Prix for infringements he fell foul of earlier in the year.

Alonso took particular issue with Ferrari’s Charles Leclerc for weaving on the straight while defending from Lewis Hamilton – an offence which saw Alonso hit with a time penalty that cost him two positions in Canada.

The Alpine driver also questioned why Sergio Perez was allowed to run off track during his battle with Leclerc when he was punished for leaving the track and gaining an advantage in Miami.

Speaking ahead of this weekend’s Austrian Grand Prix on Thursday, Alonso said: “I think we will bring the point tomorrow in the briefing.

“Honestly, I watched the race on Monday. And more than the movements on the straight, I saw the action between Charles, Checo [Perez] and Lewis [Hamilton], which obviously was fantastic to watch on TV and for me to witness behind the cars.

“So that’s a completely different direction with what we have seen so far. So it will be very, very interesting to clear this up.

“We have been told that the one thing that was very clear to police was the white line. Other things, the stewards’ decision can be changeable, you know, between race tracks or corners or whatever. But the white lines will be this year, you know, very clear. And it was not in Silverstone.

“Now it was a clear gaining of advantage because you can fight on the next corner on the inside or outside. So it’s clear. And it was no penalty. So I’m very confused.”

Haas driver Mick Schumacher also suggested Max Verstappen should have been punished for twice pushing him off track during their late battle over seventh place at Silverstone.

But Verstappen avoided a penalty and none of the incidents involving the reigning world champion were even investigated.

At the start of this year, the FIA outlined new guidance that a driver overtaking on the inside of a corner must “have a significant portion of the car alongside” to be given space.

The same advice applies for drivers attempting a move around the outside of a corner, though the stewards will take into account if the overtaking car is “ahead of the other car from the apex of the corner”. In such a scenario, both cars must make the corner while staying “within the limits of the track”.

Hamilton, who was embroiled in the thrilling late battle for the podium, said he had no issue with the way the racing panned out, and said it reminded him of his karting days.

“For me, generally it’s clear and I think the racing between us was great,” said the seven-time world champion. “I would have done exactly the same thing as what Checo did, that was good racing.

“I’ve seen one clip when I overtook them and I think Checo went off track and gained an advantage – I think in those scenarios, as drivers, we are generally asking for things to be black and white. You can do this and you can’t do that, not that it’s dependent on lots of different things.

“For example, one of the things we are talking about is weaving when you are defending. It’s always been that you are only allowed to move once, not several times. But we’ve just got to continue to work towards consistency.

“I think the racing was really great, I don’t think there was anything I had to take from the weekend. I think we just need to get stronger in terms of how they apply the rules and clarity.”

“When you go back to the karting days, if you are on the inside and have got the corner, it is sort of your right to do what you wish from the mid to the exit, if you are fully down the inside.

“It’s always going to be difficult to truly judge in a racing scenario but I think we’ve got a good set of boundaries to go at now.”

Daniel Ricciardo said the drivers ultimately have the best judgement when it comes to calculating an overtake.

“If there’s a gap, and a little bit fresh air, then I normally try and go for it,” said the McLaren driver. “I think we’ve been doing it, especially at this level, long enough.

“There is always some calculation that goes into an overtake. I don’t think some wording is going to change how we approach it. We have the best judgement at the time. As far as our approach, I don’t think is unchanged.

“Overtaking is one of the most fun thing to do in a race car! You are going wheel to wheel and pulling off an overtake, or even defending for that matter, it feels really good. It’s something we enjoy doing a lot.”

Alfa Romeo’s Valtteri Bottas argued that drivers pushing the rules to the limit in order to gain a competitive advantage is to be expected.

“Of course every overtake on different corners is a bit different but there’s kind of a guidance and kind of a rule,” he said.

“But of course every driver will try to push it. That’s natural, you try to find a way, whatever it takes, find to get by. But for me, it’s pretty clear.”