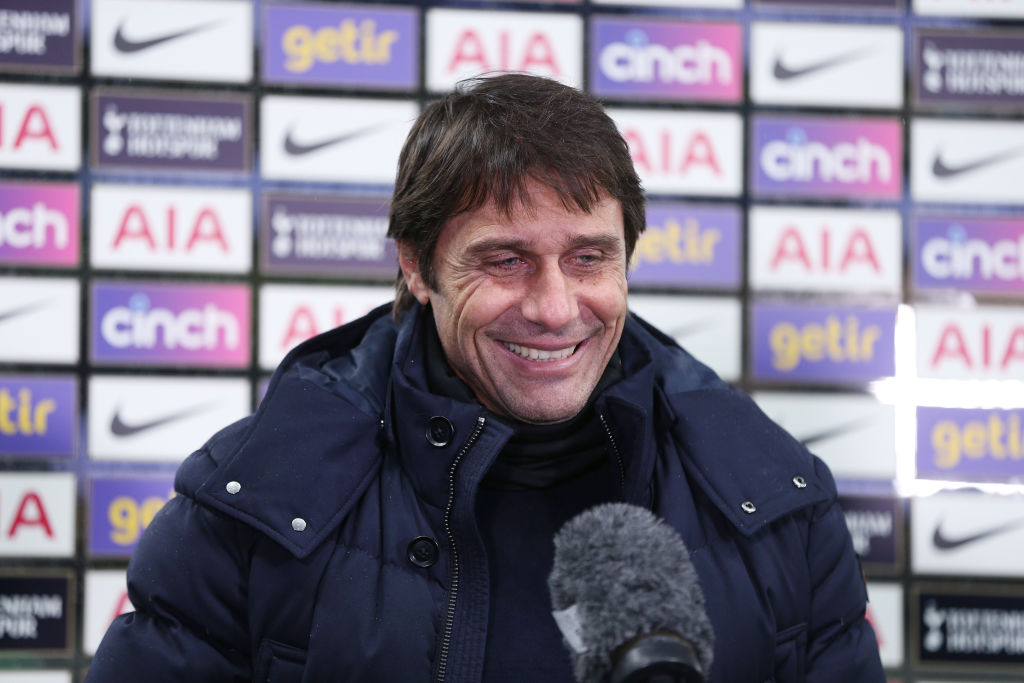 Tottenham Hotspur boss Antonio Conte has paid tribute to Spurs fans after the atmosphere created against Brighton and Hove Albion on Saturday.

Tottenham hosted the Seagulls with a place in the fifth round of the FA Cup up for grabs – and Spurs ran out comfortable winners.

Yves Bissouma pulled one back for Brighton, but Kane restored Tottenham’s two-goal lead to give Spurs a 3-1 victory.

Tottenham now face a trip to Middlesbrough in the next round, which Antonio Conte will be expecting to win.

On Saturday, Conte was able to bring on new signings Rodrigo Bentancur and Dejan Kulusevski for their Tottenham debuts.

Both players arrived from Juventus on deadline day and were able to make their bows in front of the Tottenham fans.

Tottenham boss Conte commented on that situation after the game, telling Football London that it was ‘important’ for both players to experience that atmosphere at Tottenham.

Conte expanded on that point, suggesting that Tottenham fans were ‘intense’, making so much noise throughout the night.

Conte even claimed that Tottenham fans were so loud that it became difficult to communicate with Spurs players at times last night.

“It was important also to breathe the atmosphere for the two new signings, for us, for Dejan Kulusevski and Rodrigo Bentancur,” said Conte. “It was important to come in and to understand the intensity of this league. I repeat, two good players, two young players with talent. They can help us.”

“Rodrigo, despite his age, only 24-years-old, has a lot of experience because he played 120 games for Juventus. Kulusevski, the same. I think they can help us. I’m pleased that I gave them the opportunity to come in and also breathe this fantastic atmosphere in our stadium. Our fans, the noise tonight was so intense that it was also very difficult to communicate with the players,” he added.

That’s the kind of atmosphere Tottenham need and want, with Conte no doubt looking to make the Tottenham Hotspur Stadium a fortress.

Bentancur and Kulusevski now know what to expect from Tottenham fans, and Conte will be loving the atmosphere – even if it becomes hard to communicate with his players!

In other news, Star Liverpool sold for £500k has just played 300th game for PL club