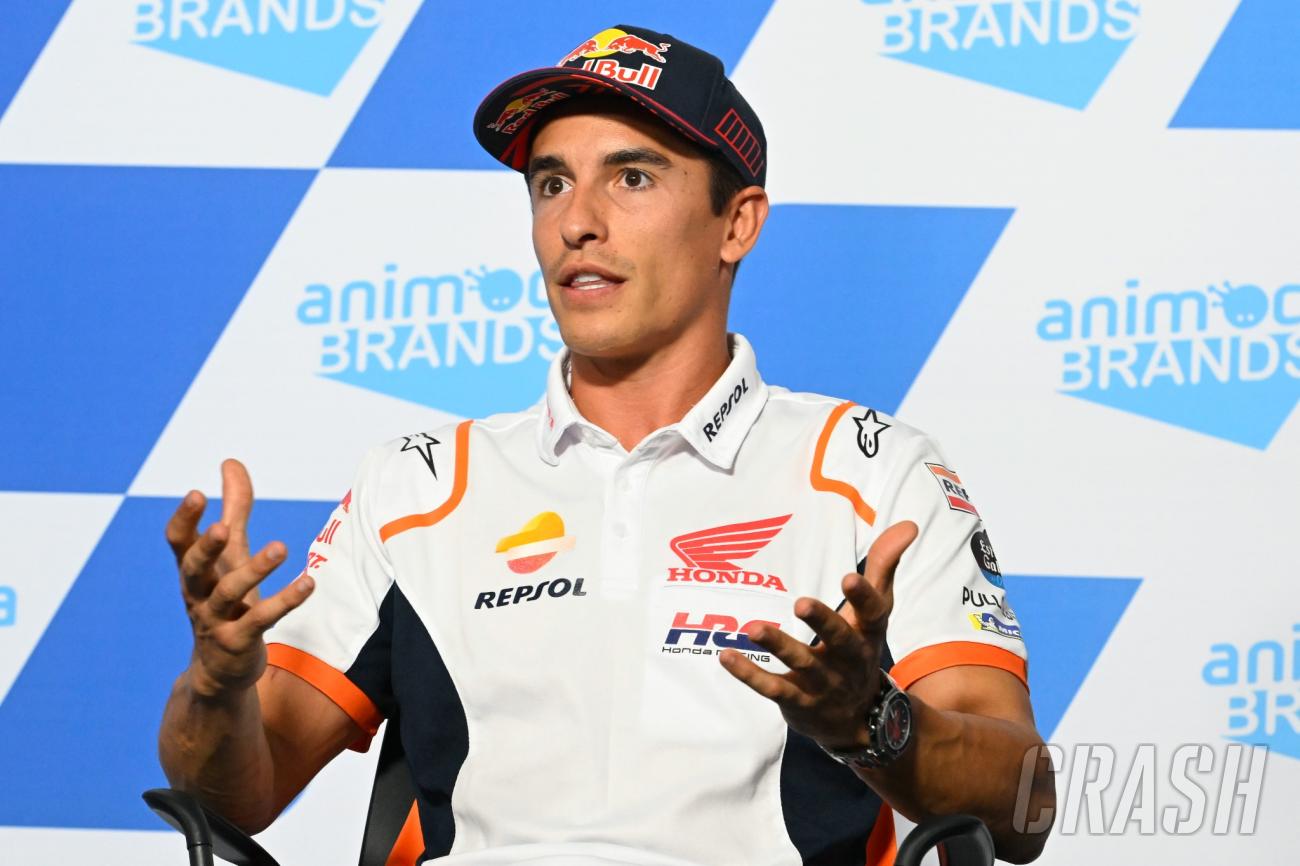 Marquez will officially make his return to MotoGP action on Friday when Free Practice 1 for the Aragon Grand Prix gets underway.

And while it was a positive outing for the Spaniard, Marquez is remaining realistic about his chances this weekend, while also calling into question whether he can go the distance given the upcoming triple-header that involves races in Japan and Thailand.

“About the podium possibilities it is 1%,” said Marquez. “I mean it’s really, really low. One thing is that I’m really far from my best physical condition. Also talking about the arm muscles – the bone is fixed but the condition of the muscles is still very far.

“The second thing is Honda is in a very difficult moment. We saw with the other riders that we are far. We are far from the other manufacturers. My goal is to try and finish all the weekends from now on.

“It’s true that the possibility is on that table; three races are coming in a row and so maybe in Japan or Thailand I might need to stop in the middle of the weekend, we don’t know.

“My intention and my goal is to finish all these weekends and prepare well for 2023.”

When delving deeper into his condition, Marquez alluded to not knowing how the muscles will react: “It’s true that I need to be honest about my condition. I think here in Aragon I won’t have any problem finishing the weekend, then I don’t know.

“It’s true that three races are coming in a row and it’s there where the fatigue in the muscles from Aragon to Motegi, Motegi to Thailand – I don’t know how it will react.

“I already spoke with Honda and they understand the situation and that in some weekend I might need to stop. At that point we need to be honest to my conditions.

“But if I’m here, is it to compete and to continue with my rehabilitation in a race weekend. It depends on your lap times because if you are half a second slower in the race then you will stress less your muscle.”

Mir ready for challenge of bringing Honda back to the top

Also speaking in the pre-event press conference was the returning Joan Mir after the Spaniard missed Misano due to injury.

Officially confirmed as a Repsol Honda rider for 2023, Mir knows the challenge of competing and Marquez and aboard a Honda machine which is lacking compared to its rivals won’t be easy.

Mir added: “I’m very happy to finally announce that [Honda deal]. It’s like a relief for me after many races where you were asking me this question and I couldn’t answer.