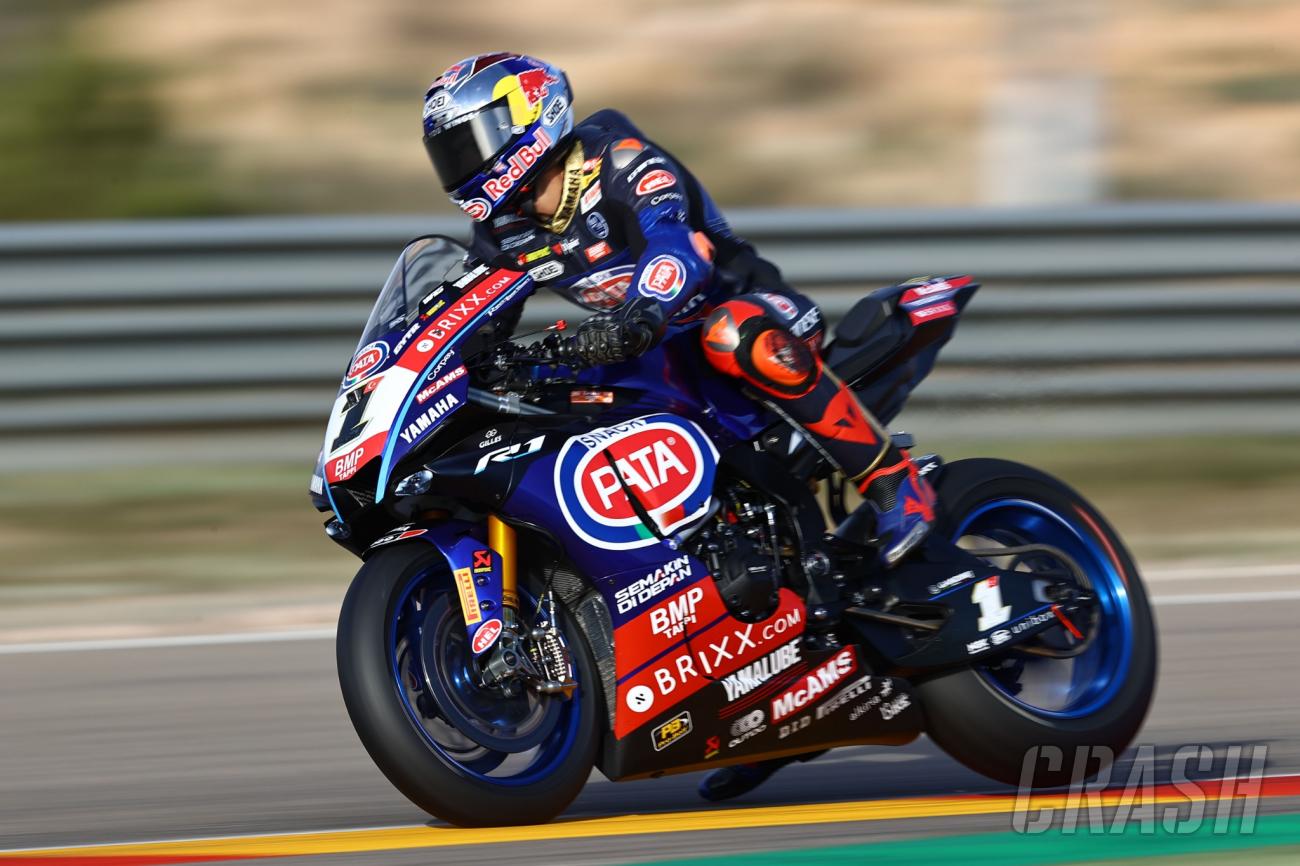 Although last weekend was Razgatlioglu’s best start to a WorldSBK season, and his best results in Aragon, the Pata Yamaha rider was unable to challenge Alvaro Bautista and Jonathan Rea when it mattered most.

“I think last year we did not start so strong here, because normally this is not a difficult track for Yamaha – but three podiums is better,” said a content Razgatlioglu.

“For me this is a good weekend, I try in the race to improve and I’m fighting with Johnny sometimes, but in the last laps my tyres had a big drop in grip and I am not able to fight again.

“Third position is not bad and I am again on the podium, so this is good.”

Hard racing is hard racing, ‘I need the points!’

While all three races produced epic racing, the ten-lap Superpole was the most frantic as contact was made several times between Rea, Razgatlioglu and Michael Rinaldi.

Rinaldi came off worse in both of Sunday’s races and was particularly unhappy with the level of aggression shown by Rea and Razgatlioglu, however, in the world champion’s eyes it was a must to get passed, no matter how it was done.

Razgatlioglu added: “In the Superpole race I enjoyed the fight with Rinaldi and Jonathan a lot. In the last corner I need to pass Michael because I need the podium and the points!

“This is racing and we race a lot like this together in Superstock 600 in 2015! In the second race I saw him in second position pushing the tyre and seeing it start to drop, I say okay now I start to push – I was trying to look after the tyre because in the final laps there was a big drop in grip.

“I passed Michael and tried to go for Johnny but it was not possible. But anyway, everybody tries their best and I try this weekend to fight for the podium – I am happy and also big thanks to my team because every session we are trying for a good set up for the race and finally we have improved.”

Regarding round two later this month, Assen is a venue that’s largely been dominated by Rea.

However, this was also true about Portimao last season where Rea only won once.

In his efforts to get the better of Rea and also Bautista who is the new championship leader following his double win, the Yamaha rider has hinted at a return to last year’s bike.

“We’ll see at the next race. Last year, Assen was not good for me. I think we can come back very strong and also, I think we will come back to the 2021 bike completely, as it will feel much better at Assen,” added Razgatlioglu.

Why a return to the old electronics after claiming this year’s were better?

But after having raced in Aragon, and already switching back to last year’s package, Razgatlioglu has since said the feeling with the older ones is better.