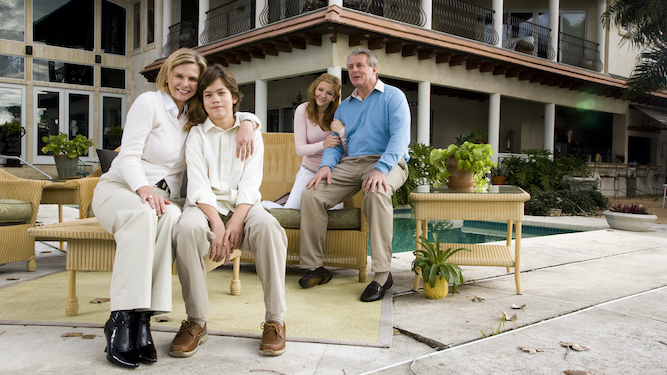 DEVOID of useful skills or redeeming qualities? If your parents are rich enough that won’t be any obstacle to you getting ahead in life:

Did you attend private school?

A) Yes. Because my parents cared about me. And because they wanted me to build a network of contacts sufficient to give me a head-start in any field I care to dabble in.
B) No. Those f**king places cost £31,000 a year and normal school is free. Pissing about with the kids of city bankers and oligarchs was denied me.

Did they get you into a good university?

A) Yes. Your A-levels were an absolute car-crash, but your parents slung a few grand at their old university to get you in on some bullshit scholarship. Mere results can’t stand in the way of your success.
B) No. You had to apply through UCAS to get into uni like everyone else and Oxford turned you down flat because you’re from Mansfield. And now you’ve emerged £30k in debt with an arts degree.

Do they own a city apartment?

A) Yes, of course. Dad used to commute before he sold the business, so he’s still got a little place off Grosvenor Square I’m crashing in for the mo.
B) No. Because like everyone they own or rent a single property and can’t afford that, so you spend 70 per cent of your net salary renting a room in a shared house in Penge.

Can they get you work in their company?

A) Yes, despite failing your way through uni in a haze of cocaine and rowing you’ll soon be an intern at your father’s law firm before moving up to a starting position on £100k a year.
B) No. If absolutely pushed they might be able to get you an interview for three days a week as the receptionist’s maternity cover.

Are they supportive of your goals?

A) Yes. They ploughed around a hundred grand into the organic hummus brand I launched, because of my deep passion for hummus, which collapsed within six months. But they claimed the loss back against tax.
B) Emotionally yes. Financially no. They paid for university, they can’t afford a two-year internship with a web shorts production company.

Mostly As: Your lack of talent is irrelevant. Without actually having to do anything you’ll find yourself a millionaire by 30 and if you’re really useless you can always become a Tory MP.

Mostly Bs: You are a normal human being and therefore f**ked. But you know this already.