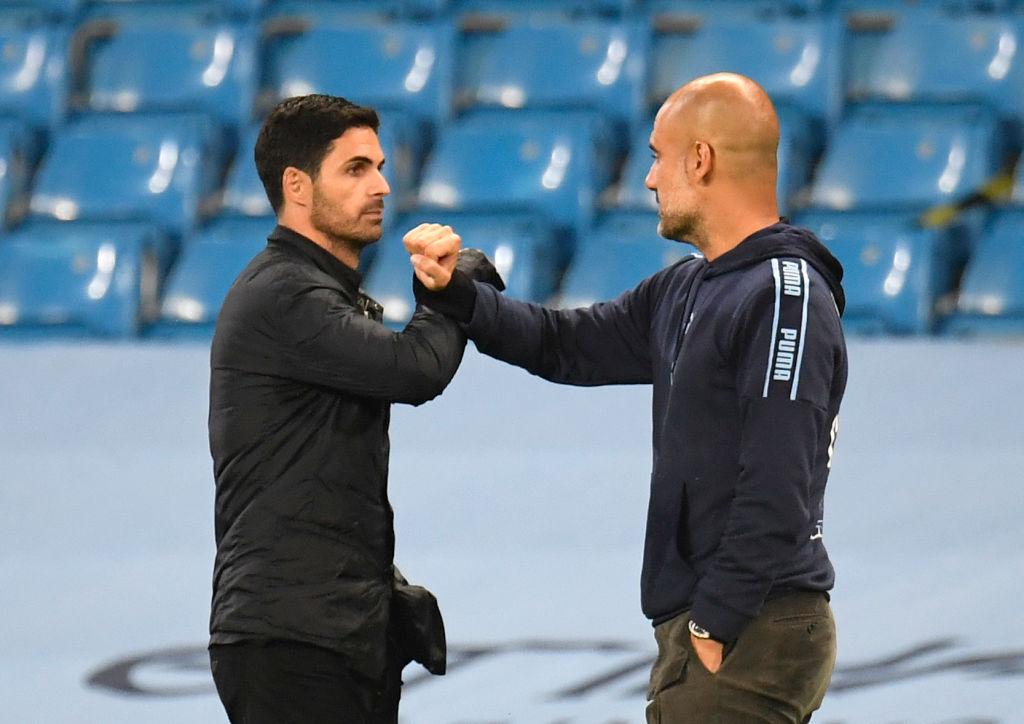 Arsenal want Oleksandr Zinchenko, but he is now being offered to Everton and Newcastle United as Manchester City consider selling him this summer.

That means there will be summer moves to bolster the City squad and Erling Haaland is already coming in this summer.

Some players may have to leave City to make room for new blood, and left back Zinchenko could be on his way out.

City are already being linked with a £30million raid for Brighton left back Marc Cucurella.

Guardiola seemingly wants a naturally left-footed option in that position and Cucurella could do it.

That would mean Zinchenko being pushed out though despite being highly-regarded by Guardiola.

The Ukrainian was branded ‘incredible’ by Guardiola in 2019 and helped change the game against Aston Villa on the final day of the season.

Zinchenko provided a real attacking thrust to help City roar back from 2-0 down to win 3-2.

Yet now The Athletic claim that Zinchenko is being touted to both Everton and Newcastle United for a potential summer move.

Everton signed Zinchenko’s fellow Ukrainian Vitality Mykolenko in January and signing another left back surely isn’t in the plans.

Newcastle are looking for another left back though with Matt Targett’s loan deal coming to an end, so Zinchenko could appeal.

Everton and Newcastle aren’t alone in the mix for Zinchenko though.

Arsenal are believed to be interest in Zinchenko too, seeing him as the ideal competition for Kieran Tierney at left back.

Nuno Tavares didn’t quite fit the bill last season and Mikel Arteta could go for Zinchenko having coached him at City.

It sounds like either City or Zinchenko’s representatives are looking at other clubs, and Arsenal may need to move quickly if they want him.

In other news, Report claims Newcastle, Tottenham target can go for knockdown price of £8.5m