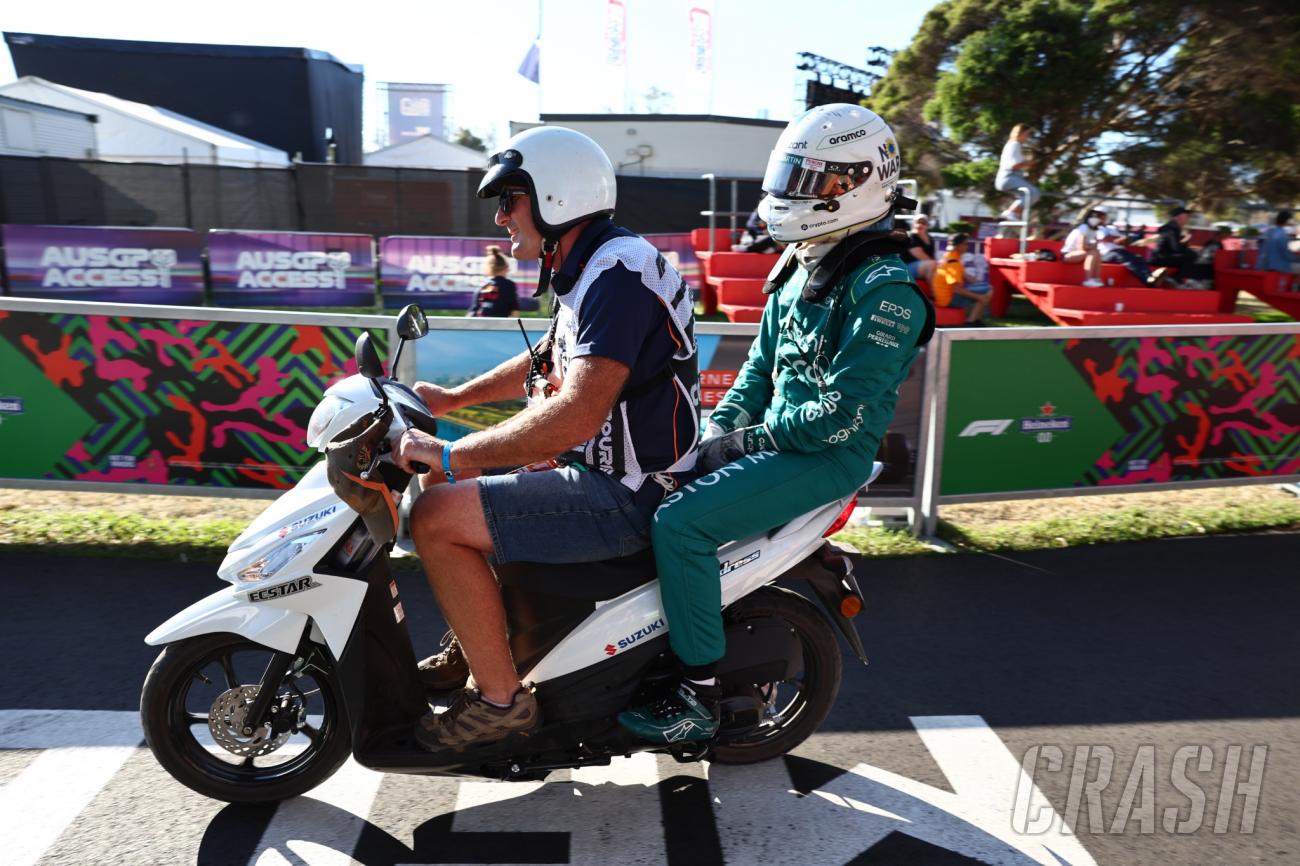 The four-time F1 champion endured one of the worst weekends of his career as he made his return to the sport after missing the opening two rounds of the year due to coronavirus.

Vettel crashed in final practice after his running on Friday was heavily disrupted due to a loss of power in FP1.

The German was forced to sit out of FP2 and had very limited running going into qualifying, where he had just one run at the end of Q1.

The race itself didn’t go in better, with Vettel’s race ending prematurely after crashing on the exit of Turn 4 to cap off a miserable weekend.

Speaking after the race, Krack dismissed suggestions that a driver of Vettel’s ‘class’ would struggle because he missed the first two races of the year.

“I am happy that Seb is fine, first of all after all these incidents,” he said. “I think if someone like him, a four-time champion has these issues that he was having this weekend, this is not down to not driving because he has driven the car.

“This is really something we need to look at what car we provide him, what feedback he gets from the car because he will agree with me that him being off so much as he has been this weekend is not normal and I don’t think it’s related to having missed two races.

“He has been the multiple winner in Melbourne, he knows where he is here, he has some tests with the car so I think it would be really easy to say ‘oh he was not there for two weekends’. A driver of that class, we need to really check what tool we are giving him.”

The Canadian received two for colliding with Nicholas Latifi in qualifying before getting another penalty point in the race for excessive weaving when battling Valtteri Bottas.

Krack defended Stroll for his driving across the weekend, claiming it was a consequence of having an uncompetitive car.

“We need to learn how the new race director [works], how they govern it,” Krack explained. “We learned it a little bit in the hard way at the moment. We will keep it under control. We had two points yesterday, we had one point today. Obviously, when the car is not as you want it then the drivers try as much as possible to defend.

“I think it’s a combination of maybe new ways of governance but that would be too easy to say. I think if we had a better car then we wouldn’t have these issues.”

With Vettel and Stroll’s various shunts across the weekend, spare parts are becoming a problem for Aston Martin.

Haas is in a similar situation with it having no spare chassis available in Melbourne.

In the cost cap era, Krack admitted that the team needs to weigh up the manufacturing of spare parts versus development and trying to improve performance.

“I am quite sure you’ve counted the amount of incidents and the amount of wings and front suspensions that we have damaged,” he added. “You can calculate quickly we will need to go to Imola and actually, yes, the question is correct.

“Will we have capacity to develop or will we need to use our capacity for making spares so these discussions are ongoing since yesterday.”