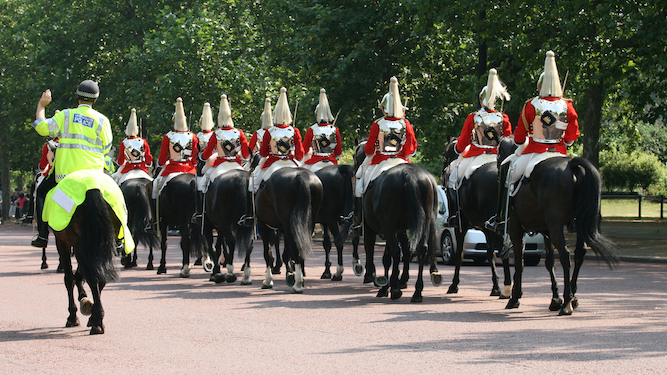 IF you watched a film where princes and kings paraded around in full regalia while protesters were arrested, it would be too far fetched, experts have agreed.

After almost a week of seeing people playing gold trumpets in silly ceremonial hats while those holding mildly rebellious signs are cuffed and led away, it has been confirmed that the UK is a ridiculous country.

Professor Henry Brubaker, of the Institute for Studies, said: “It’s like we’re currently living in Cinderella crossed with Children of Men, or Minority Report with an unlikely Disney twist.

“Or maybe it’s more akin to The Matrix where we’re meant to be plugged into a delightful magical kingdom and anyone attempting to bring instability to our simulated reality is ruthlessly hunted down and terminated.

“Still, it’s probably best to fully immerse yourself in the theme park fantasy land version of Britain for now, because it’s going to be really bad once this is over and the dark, cold winter of the Truss era sets in.

“So enjoy the bank holiday, have a couple of beers to toast the Queen, and buckle up, because it will be full Hunger Games from then on.”