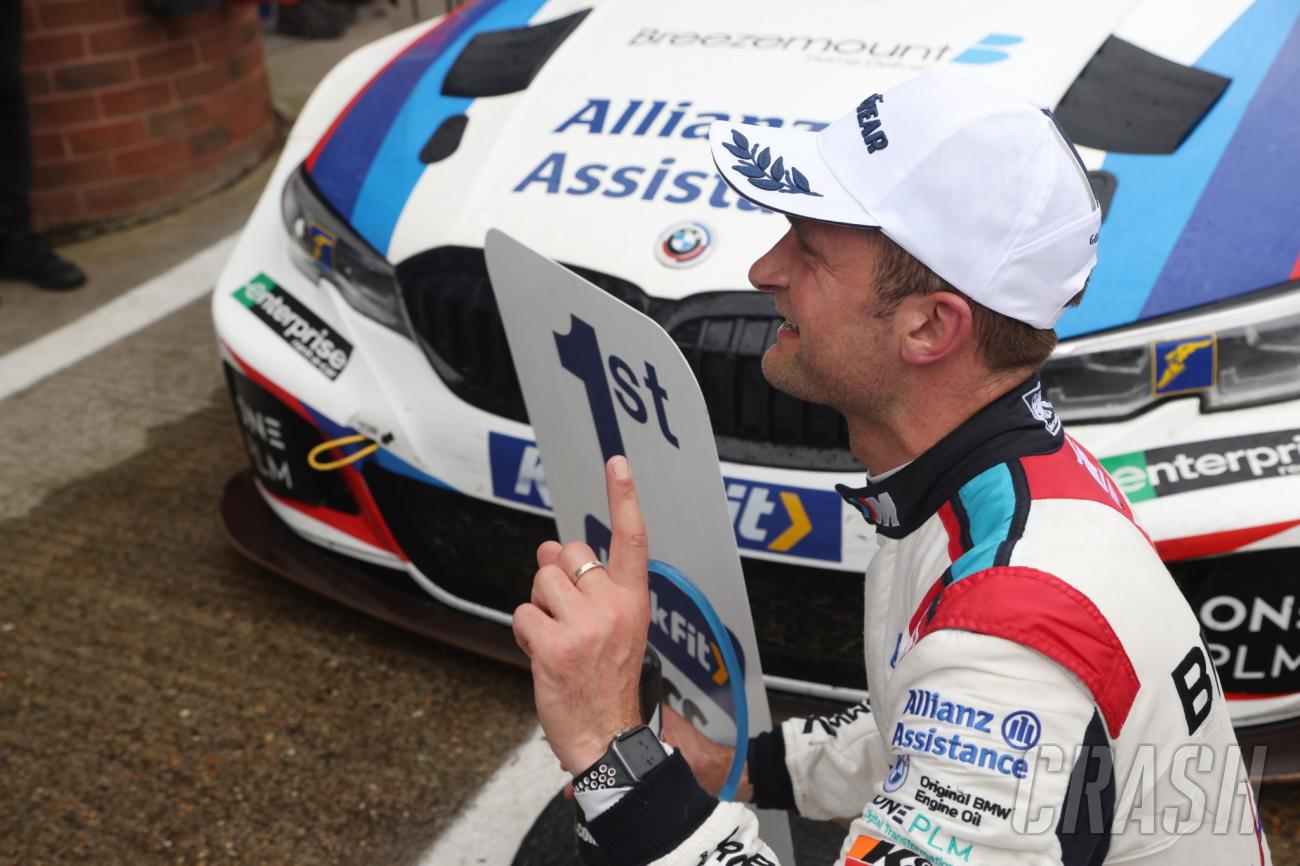 Team BMW’s Colin Turkington expressed his delight in securing his first British Touring Car Championship race victory of the 2022 season after winning the final race of the day at Brands Hatch.

Despite romping to an emphatic 25th career pole position in qualifying, the four-time champion had to wait until race three before setting foot on the top step of the podium after a rain shower prior to the opening race changed the course of the weekend.

From being in the dominant position of locking out the front-two rows in qualifying, the BMW contingent, by in large, struggled in the changeable conditions during race one and two.

Turkington finished fifth and tenth in those two races, but produced a vintage performance in the fully wet conditions in race three to secure his 61st race victory in the series.

“I’m so pleased to get our just rewards for having such a quick car in qualifying with pole position. There’s no worse feeling than having the fastest car but not getting the result,” Turkington told Crash.net.

“Race one and two were difficult. The conditions have made it tricky. It’s been a compromise on set up. We had solid points in race one and two but I was struggling with the car. We just didn’t have the grip.

“It was just overheating tyres because the track wasn’t wet enough. You just burn the rears and that’s the issue.”

With the conditions allowing for a fully wet set up in race three, Turkington said the alterations to the 330e M Sport made it a ‘different car’.

“We went on a full wet set-up for race three and it was a different car. Super pace and the end result,” the Team BMW driver continued.

“Once it went full wet, it played more to our strengths. I’m super happy to get my first win of the season.”