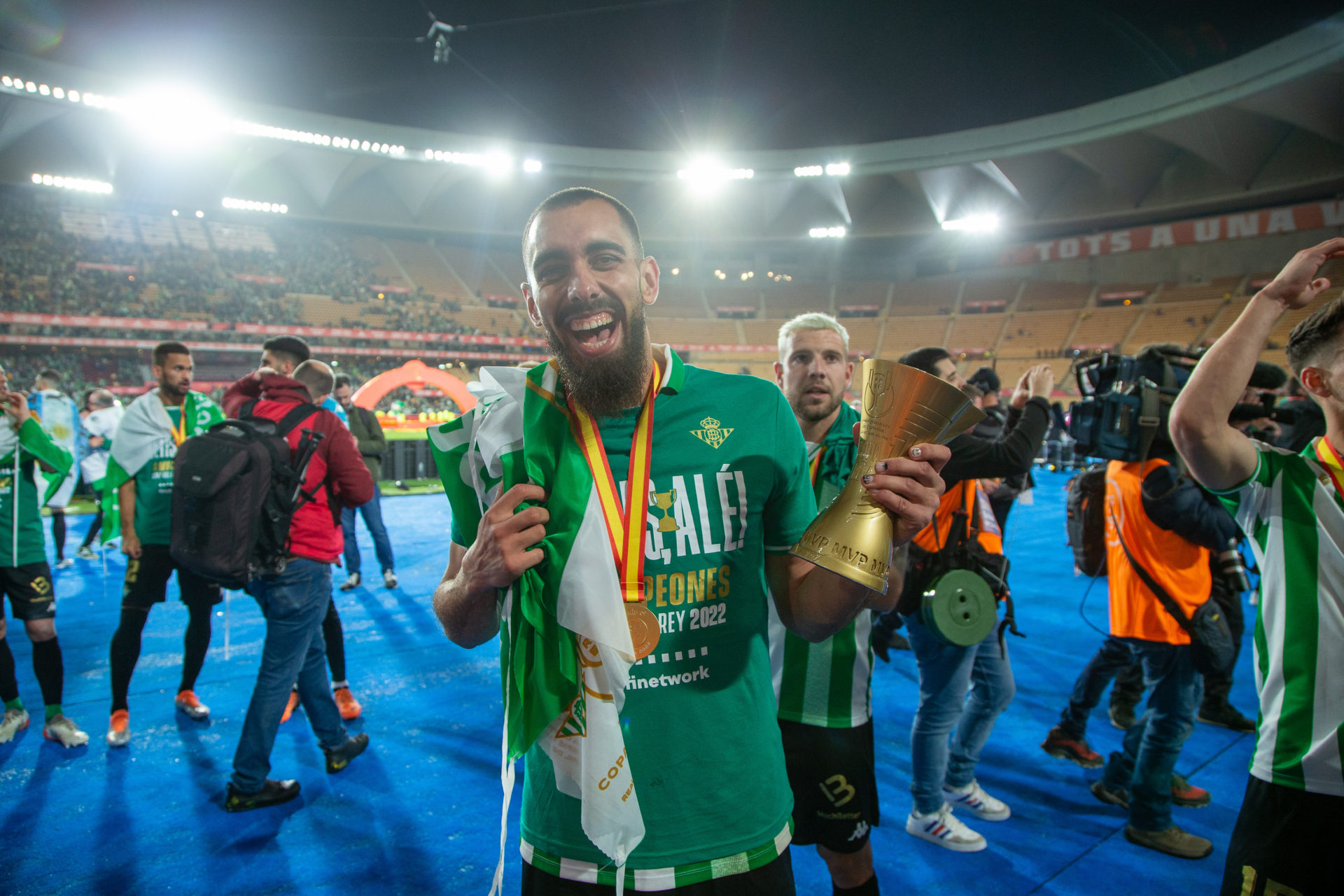 Back in 2018, when El Periodico reported that Celtic were showing an interest in Borja Iglesias, the Real Zaragoza striker was turning 25 and had a grand total of one La Liga appearance to show for his entire senior career.

The fact that Real Betis would stump up an eye-watering fee of £24 million for Iglesias just 16 months later if proof of how quickly things can change in this most fickle and fast-moving of games.

From a second-tier loanee to the second-most expensive player in Betis’ history, Iglesias’s rapid rise was a blink-and-you’d-miss-it example of what one terrific season can do for a player’s reputation.

Before joining Los Verdiblancos for the sort of fee usually only associated with Spain’s ‘big three’ of Real, Atletico Madrid and Barcelona, Iglesias scored 17 times for Espanyol in his breakthrough 2018/19 season.

In fact, that remains ‘The Panda’s’ most prolific top-flight campaign. During 2021/22, he scored ten times in La Liga across 33 matches.

But to suggest Iglesias has struggled to live up to that lofty price-tag would be an unfair assessment of a man who played a major role as Real Betis tasted champagne on their tastebuds for the first time in nearly two decades.

Iglesias was a fitting goalscorer in the Copa del Rey final triumph over Valencia in April. Five of his 19 efforts in all competitions came in the cup, after all.

And another two would come against former suitors Celtic in the Europa League group-stages.

“I knew that my time would come,” the late-blooming 29-year-old tells Sport. “That moment was in the cup match against Real Sociedad. I felt like a protagonist and I was able to show the rest that I was capable.

“I did not doubt my abilities because I had done it before, I had lived important moments.”

If Borja Iglesias never lost sight of his own talents, then the same can certainly be said of West Ham United. The Hammers tried to sign Iglesias before he joined Real Betis in 2019. And, according to AS, they are one of a number of Premier League clubs taking an interest again amid a precarious financial situation at the Estadio Benito Villamarin.

The report adds that Betis – who were recently threatened with an exclusion from UEFA competition – may need to sell a key player or two before June 30. West Ham will be hoping for a discount.

Whatever Iglesias costs, it will still be a damn sight more than Celtic would have paid four-and-a-half years ago, when his goalscoring exploits started to catch the eye for the very first time.

Iglesias’ career should be an example for any player reaching the mid-point of his career praying for a belated breakthrough.

In other news, Report: Tottenham and Chelsea told to pay £45m for Spanish star