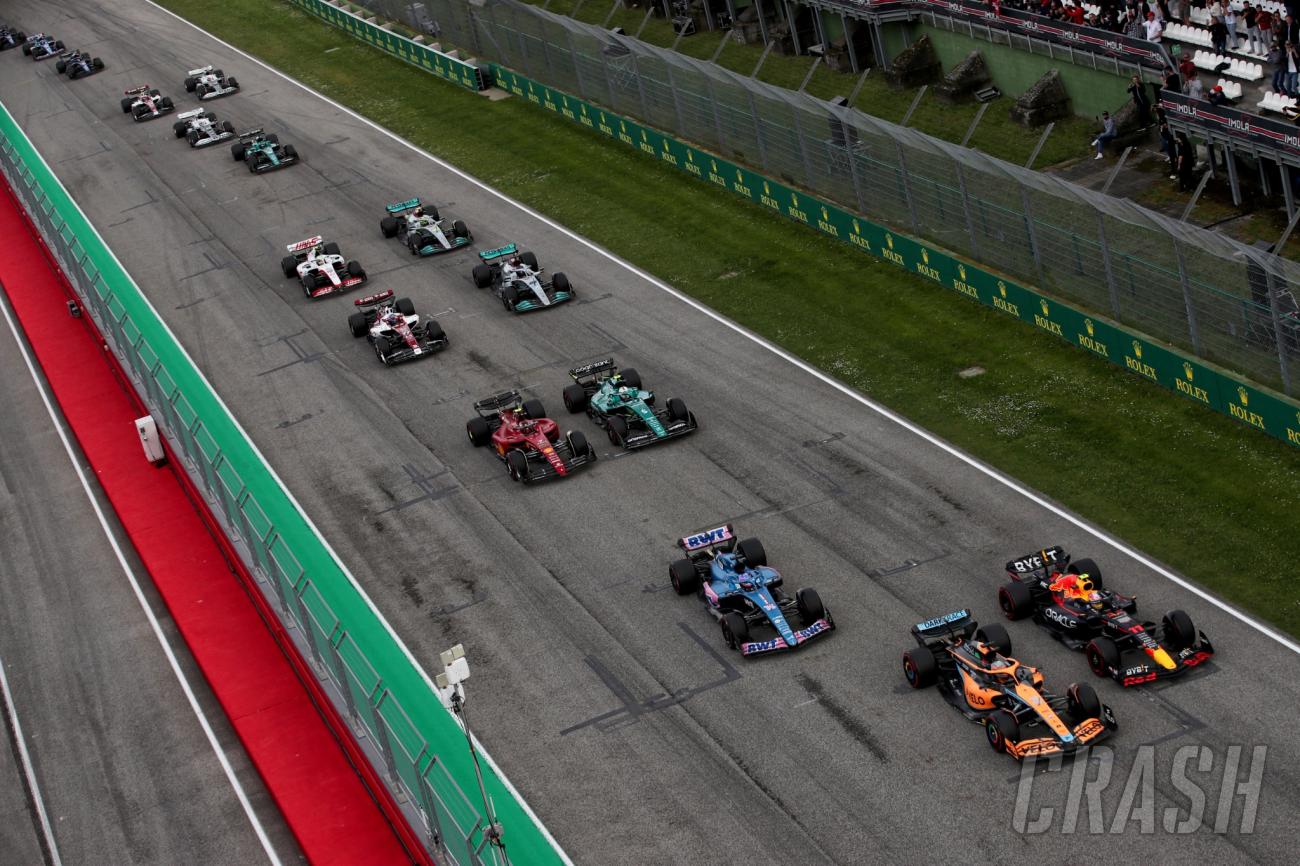 Domenicali wants to increase the competitive value of grand prix weekends by having less practice sessions as part of Liberty Media’s continued push to improve the sport and attract new fans.

Last year F1 introduced shorter ‘sprint’ races to set the grid positions at three grands prix across the season, with the format retained for 2022, albeit with some changes.

Speaking to Italy’s Corriere della Serra, Domenicali suggested that further revisions are under consideration, including the possibility of handing out championship points during practice sessions.

“You have to try [to implement new ideas],” he said. “There are always many excuses not to do it. It is a life principle.

“Purists will always turn up their noses, but over the years, F1 has changed the way of qualifying dozens of times. It is a need that cannot be postponed, to have even more show.

“In a normal weekend, the one consisting of Free Practice 1 and 2 on Friday, each session should be giving away either points, or single qualifying laps, or a qualification for a different and shorter Saturday race, instead of the third free practice, perhaps with the mechanism of the inverted grid.”

F1 teams previously rejected a proposal to trial reverse grid qualifying races in 2020 but Domenicali has not given up on the idea.

He believes recent races in Belgium and Italy – where many drivers ended up out of position due to taking engine penalties – demonstrated the benefits of mixed-up grids.

“We are putting a lot of things on the table,” Domenicali continued.

“Many say no, but we have seen on some occasions the beauty of having reshuffles in the race, more overtaking. We have an obligation to try.”