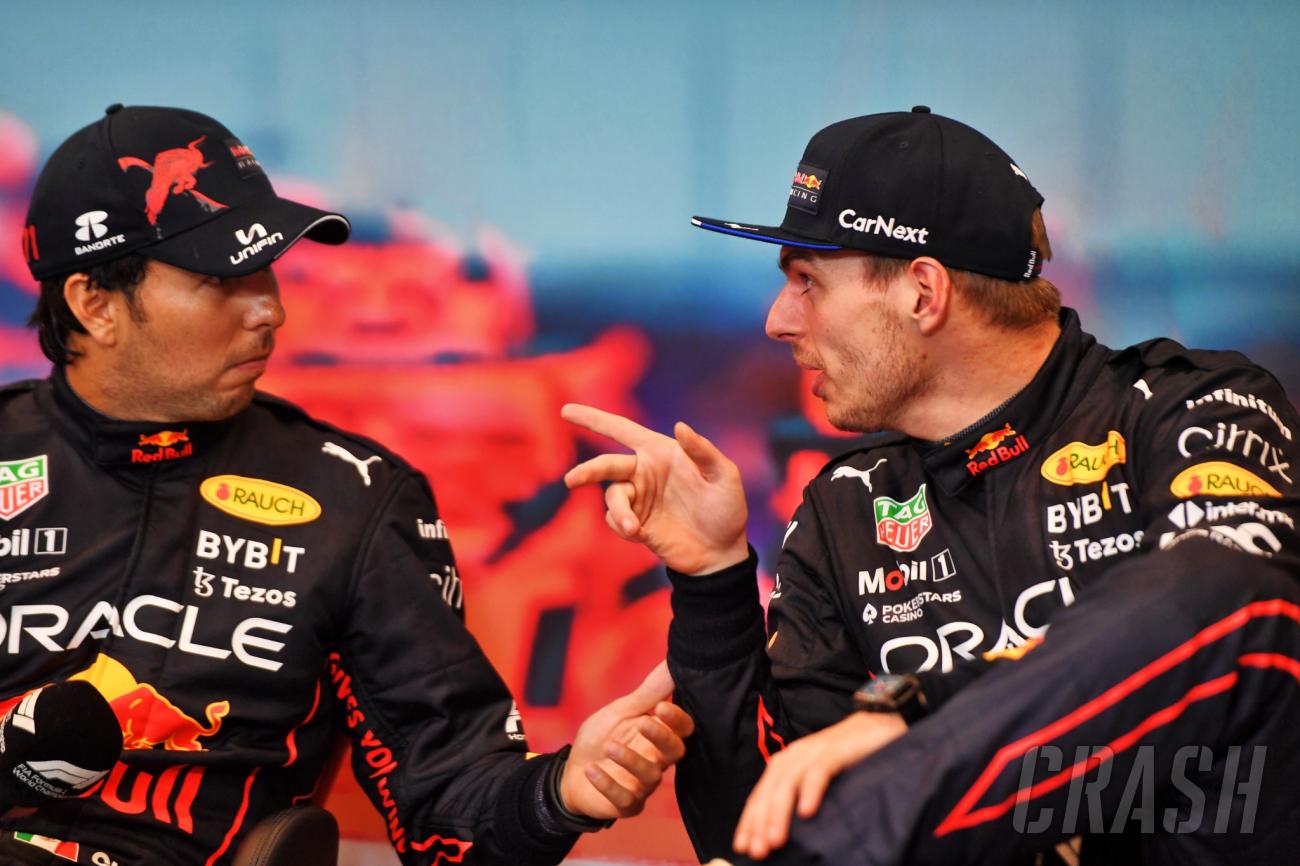 A week on, the champagne poured and the swimming pool overflowed in the Monaco sun with Red Bull seemingly harmonious again.

But amid the celebrations there remains the possibility that Sergio Perez’s victory in Monte Carlo could cause unforeseen issues for the team whose priority is the reigning world champion Max Verstappen.

Last week Perez was leading in Spain when team radio orders forced him to allow his teammate to pass. Verstappen won the race and Perez spoke through gritted teeth as tension emerged.

Team principal Christian Horner said about Perez on Sky Sports F1: “He’s doing a great job. Look at his performances so far. In Jeddah he had that amazing pole.

“The time delta between him and Max has been a lot closer this year and to win this race, his third victory. what a place to get that.

“He’s in this championship just as much as Max is.

“The difference between the two of them is 15 points now, it’s nothing, so it’s a long way to go in this championship.”

But is it beneficial for Red Bull, or any team, to have two drivers in the same title race?

It is the type of issue that nobody is likely to admit, but one that clearly exists.

The hypothetical issue is that, if Verstappen and Perez are jostling at the front of a race as they were in Spain, team orders may become more complex.

Horner and co may no longer be able to justify favouring Verstappen, their younger driver who is committed to Red Bull until the end of 2028 on a mega-deal estimated at between £30m-£40m per year.

Intriguingly Perez, amid celebrations after his Monaco win, seemed to let slip that he has already re-upped with Red Bull.

“I probably signed too early,” he could be heard saying.

His deal was due to end after this season but he has proven that he is an indisposable driver for Red Bull.

Verstappen paid tribute to his team’s double stack strategy that enabled Perez to pip Ferrari’s Charles Leclerc: “We had calm calls. Really direct. They knew what they were doing.

“It is always tricky to know how long my [pitstop] is going to take because so many tyres are lying around.

“They did incredibly. I didn’t lose too much time.

“The team did an amazing job. It was hectic with the rain. To make the right calls and to beat Ferrari, who were more competitive than us all weekend, is amazing.”

Nico Rosberg told Sky Sports F1 about Perez establishing himself as a key cog in the Red Bull team: “Best way to say ‘don’t do that with me, guys, I want to fight for the world championship as well here’.

“What a brilliant weekend, everything perfect.

“And let’s not underestimate how difficult it is to do those out-laps in those conditions and get the timings right and everything – just spectacular.”