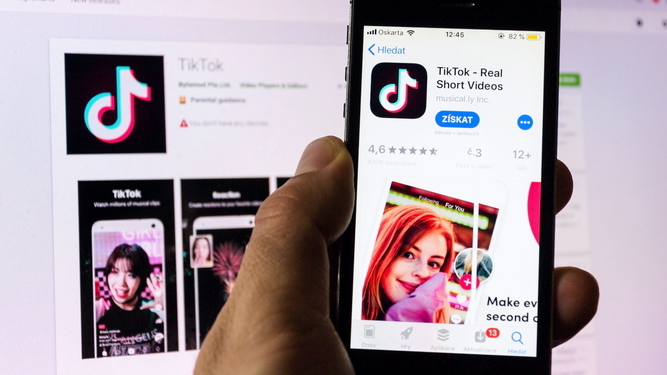 DOWNING Street has set up a TikTok account for the Prime Minister. So which pathetic trends will he be following in an attempt to be popular?

Pop diva Lizzo’s latest hit is an anthem for healing and moving forward after a struggle, which will be right up Boris’ street after the year he’s had. The dance features hip wiggling and arse smacking, and if that doesn’t make you want to vomit, watching the prime minister lip-syncing about it being ‘bad bitch o’clock’ definitely will.

One Thing About Me

The One Thing About Me trend sees TikTokers explaining a hyper-specific personality trait over a light jazz soundtrack with captions. Why? Who the f**k knows – it’s TikTok. Perfect for Johnson though, he could explain his decision to ditch the Northern Ireland Protocol. The jazz might even make it sound better.

This one is nice and easy: post several pictures captioned with ages, showing how you’ve blossomed since being a teenager. Luckily for Boris he’s looked like a blancmange with a hay bale on top since he was born, so he could post pictures from any year and no one would know the difference.

If Boris really wants to get deep into the batshit craziness of the platform, he could do the dance to Louis Theroux’s amateur rap song recorded for an episode of Weird Weekends back in the analogue wilderness of the year 2000. Featuring lyrics about having a shitload of money, the prime minister could perform it in front of his infamous gold wallpaper to add an extra layer of bling to the proceedings.

This recipe is perfect for someone as lazy as Boris as it’s piss easy to make and only contains three ingredients: egg whites, sugar and corn starch. Also, as is obvious from that list, it’s actually a meringue rather than bread, which will fit in nicely with Boris’ aversion to telling the truth about anything at all.