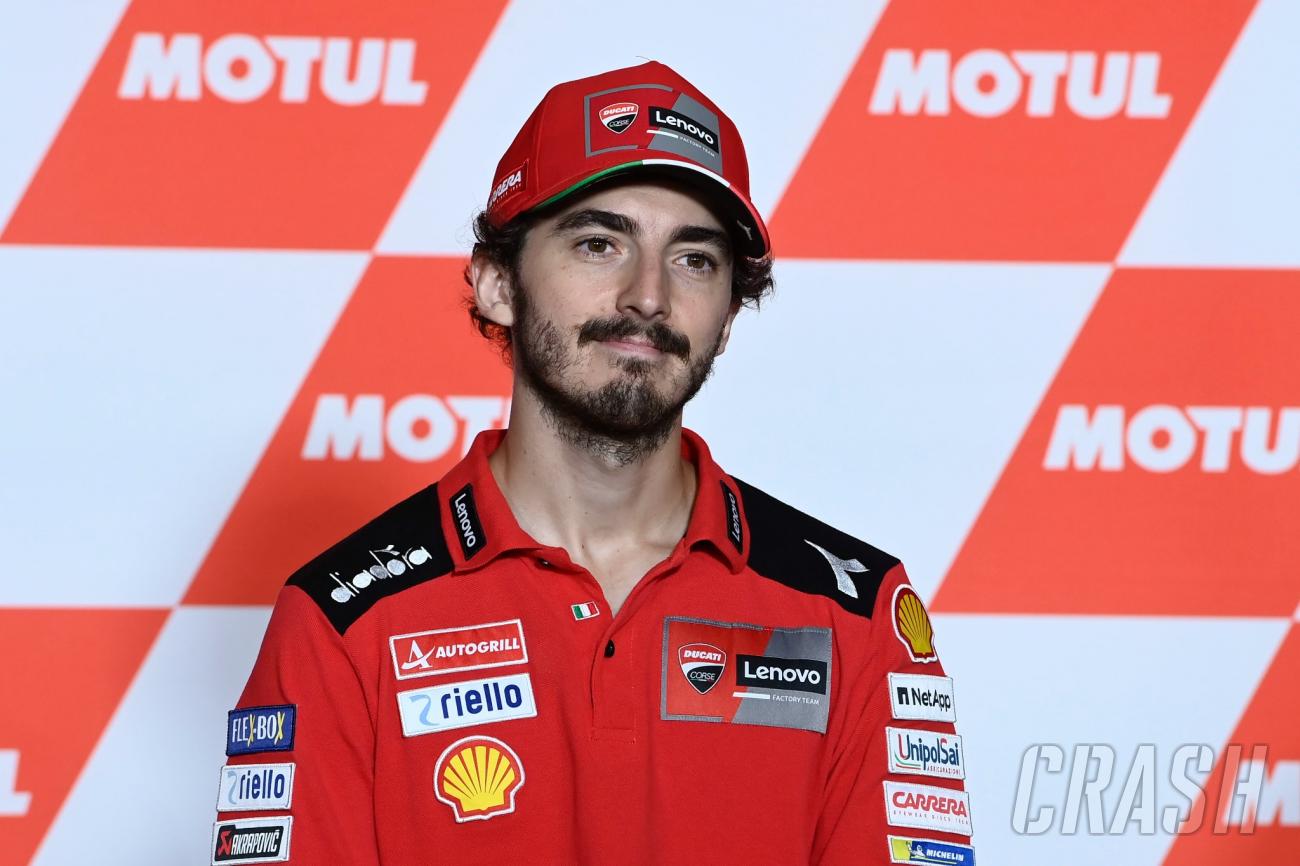 Bagnaia’s car went off the road on Tuesday morning.

Never miss a video from

Bagnaia said: “Last night I was in Ibiza with my friends for a party during this break from MotoGP.

“We celebrated and toasted together for my victory at the Dutch GP.

“As I was leaving the disco at 3am I was facing a roundabout when I ended up with the front wheels in a ditch, without involving other vehicles or people.

“However, the alcohol test carried out by the police found that the blood alcohol level was higher than what is allowed by Spanish law.

“I am sorry for what happened; I am practically a non-drinker, and it was a serious carelessness which should not have happened.

“I apologise to everyone, and I can assure you that I have learned my lesson.

“Never get behind the wheel after drinking alcohol. Thank you.”

The Civil Guard and local police found him at the scene.

He had a positive result of 0.87 on a breathalyser test, according to the reports, which is over the legal limit.

The Ducati rider was on holiday in Ibiza during MotoGP’s mid-season break.

He currently sits fourth in the championship that is led by Fabio Quartararo.