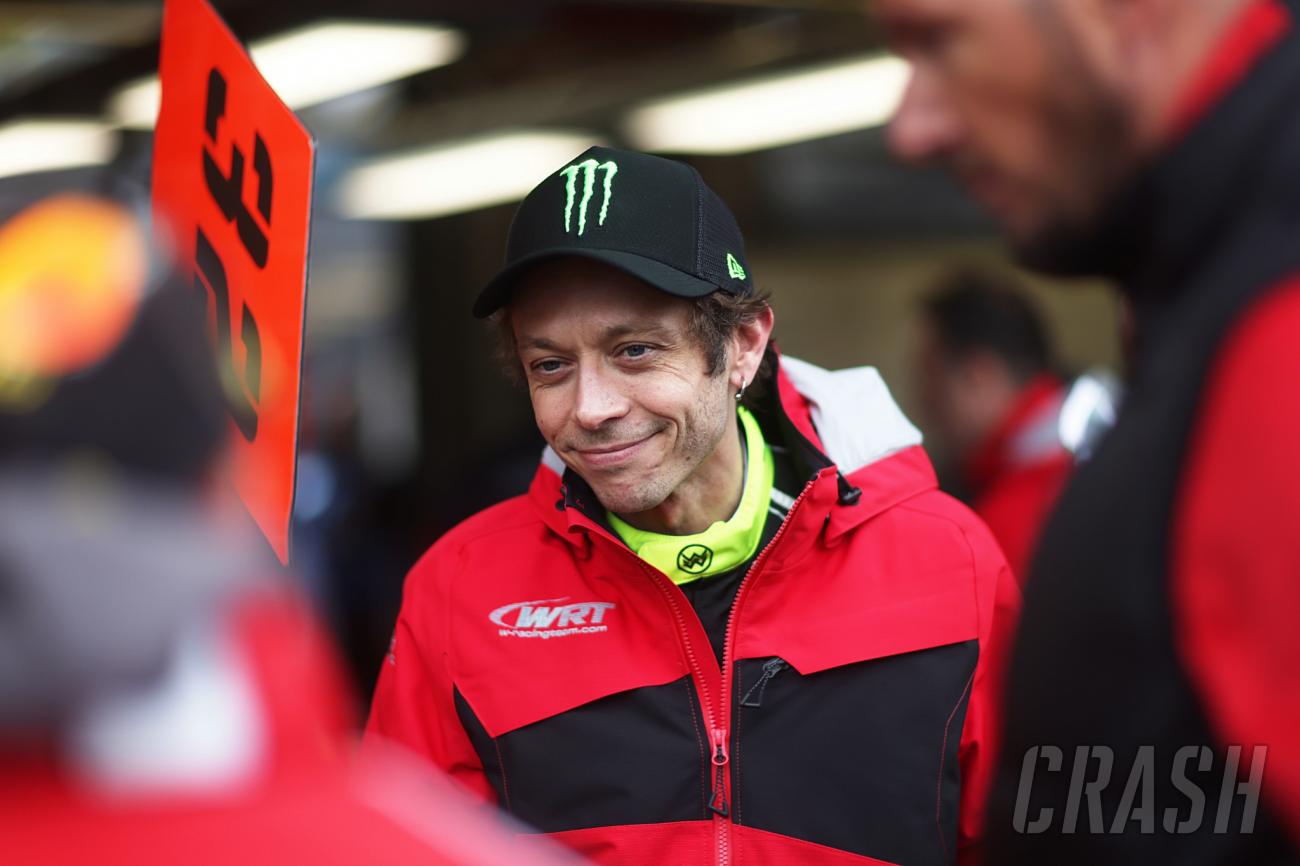 The legendary nine-time motorcycle racing world champion got off to a dreadful start by losing his WRT Audi at high speed and hitting the barriers during qualifying for the first of two races.

Rossi and team-mate Frederic Vervisch battled back from 22nd on the grid to finish 15th, then came 11th in the second race.

Previously at Brands Hatch in the UK, Rossi has earned his first points since swapping two wheels for four.

Team WRT Principal Vincent Vosse said: “We had a bit of everything this weekend, and performance-wise, we were not the top car but I understand that the Audi being a new evolution, it takes some time to find the right balance of performance.

“Saturday, car #32 had a perfect race and the crews did a wonderful job all weekend, today it was car #33 showing the best pace, but the penalty cost it two positions.

“It was a more difficult outing for our car in the Silver Cup and for car #46 [Rossi] after the incident in Q1, but again, it recovered well, with Vale improving constantly.”

Rossi said: “Race 1 was difficult. Unfortunately, we had to start from the back, because I did a mistake in qualifying and we couldn’t do better than P22.

“The race itself wasn’t so bad, I enjoyed it and there were some battles and overtakes. My pace was improving lap by lap.

“Race 2 also was tough, although we started more upfront. The target was the top-10 and we finish right off, in P11.

“I struggled a bit with the warmth, the car was more difficult to drive and I also lost some time in a fight with one of the Porsches.”

Rossi’s teammate Vervisch said: “Race 1 was difficult because we started from the back and had the penalty to serve at the pit stop, but the pace was good and Vale showed a big improvement, making a few overtakes.

“The start of Race 2 was very messy, hopefully we didn’t lose positions but it is very difficult to overtake here.

“In the end, no points but it’s all part of the journey of improving and gaining experience. When we’ll manage to qualify better, both of us, I think we can aim at the top-5.”

The Italian’s iconic #46 will be retired by MotoGP at a special ceremony at Mugello, his home Grand Prix.

But Rossi had previously said he didn’t want to retire his number.

Click here to see what Rossi thinks about retiring his #46…