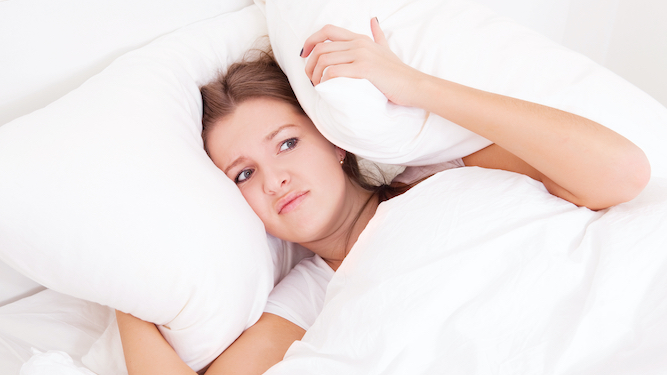 LIVING with a flatmate who goes at it night and day? Here’s how to cope with the annoyance and envy of them constantly getting some:

The most effective way to make a problem disappear is to pretend it isn’t happening. When your other flatmates ask if you were woken by the infuriating shrieks of pleasure coming from the shower this morning, simply say no. The deeper you bury the trauma in your subconscious, the less of a problem it will be. For now.

Make your own noise

Try to drown out the sound of their squeaking bed frame by making even more noise yourself. Obviously not from sex as you never get lucky, but Spotify should do the trick. They’ll struggle to maintain their sexy vibe with the Requiem For A Dream soundtrack pulsing miserably through the wall.

If you can’t solve the problem, you can at least get some laughs out of it. Pranks such as recording the audio of your flatmate shagging and playing it through the kitchen speaker when their parents come to visit will hopefully humiliate them into never feeling in the mood again.

If you move to another flat, you’re sure to find respectful, tidy and perenially-single-and-yet-not-at-all-creepy flatmates waiting for you there, right? Or at the very least people who don’t attempt to quietly hump under a blanket when you’re all watching Netflix together and think no one will notice.