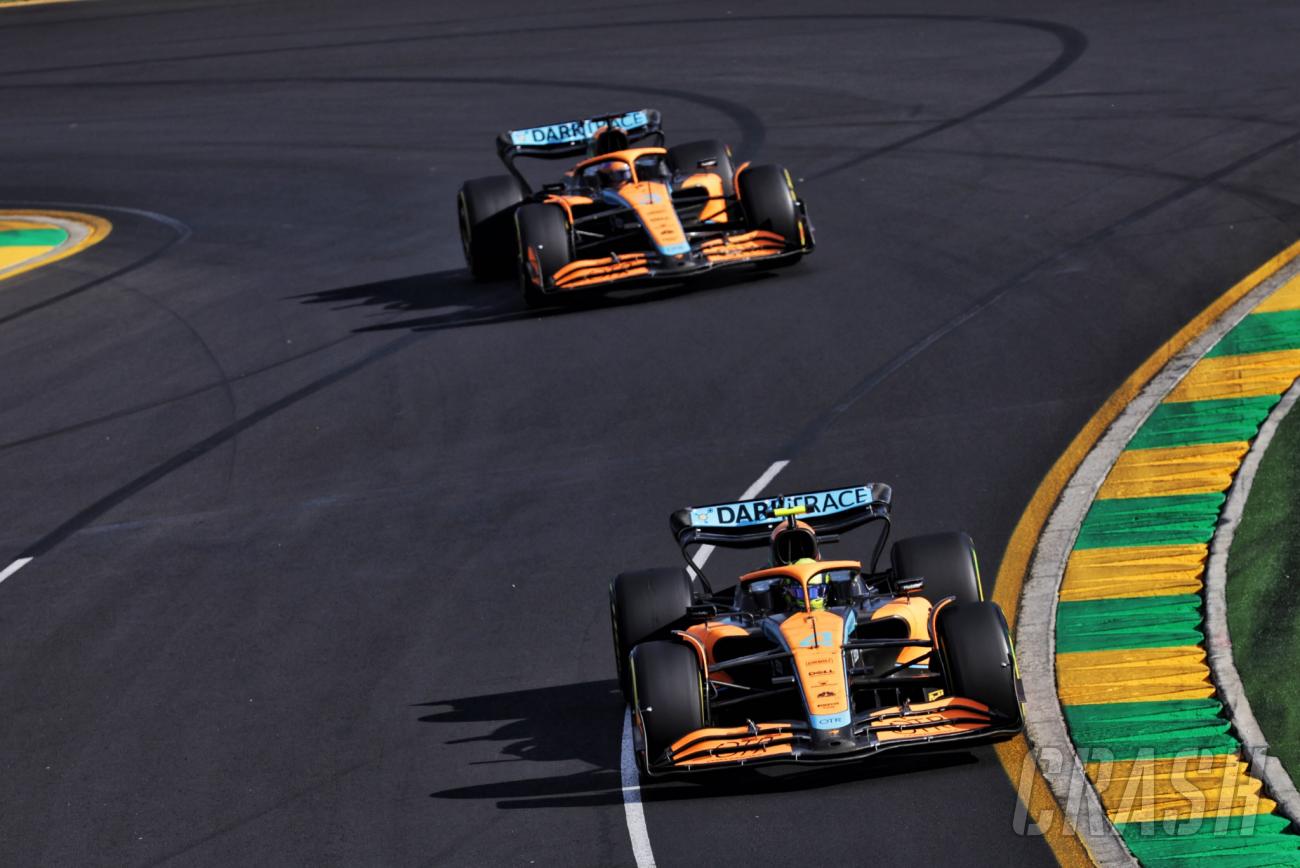 McLaren enjoyed its best weekend of the season so far with Lando Norris and Daniel Ricciardo finishing fifth and sixth respectively.

Speaking after qualifying for the Australian GP, Norris explained why he was able to secure fourth on the grid ahead of the two Mercedes drivers.

“There are some things which we have done well, and we still managed to extract naturally a bit more performance out of the car by understanding a few more things, and going a little bit more in a different direction with the set-up.

“But at the same time, I think the majority of [the improvement] is just the track. We’ve not brought anything that has changed much, and it’s not like we can do that much more with the set-up to make it go a lot quicker. It’s more 70-30, or 80-20 in terms of 80 is just track and 20 is just hard work.”

“There are three main reasons why we have been a bit more competitive compared to Jeddah, for example,” Seidl explained. “For sure, it’s the track layout, which suits our car more with the current package that we have, this more fluid track route.

“Then, I think in terms of performance, we brought some small upgrades, which worked. And every little bit helps. But then also, we shouldn’t forget that we started the season really on the backfoot, missing out on a lot of laps in the Bahrain test.

“We had to learn still a lot about this new car during the first two race weekends. And I think having a chance to apply these learnings, that’s where performance is also coming from.

“If you put that all together, I think that made us a bit more competitive here, which is great and simply a reward or boost for the team to keep going and keep working hard to bring more performance to the track.”

Can McLaren replicate this performance at Imola?

F1 heads to Imola next weekend for the Emilia Romagna Grand Prix.

McLaren enjoyed one of its best weekends of the year last season with Norris on course to qualify in the top three before exceeding track limits on his best Q3 effort.

Norris did make amends for his mistake on race day, finishing on the podium.

However, with the track layout consisting of a number of low-speed corners, it’s unlikely McLaren will be leading the midfield again.

“I don’t expect we’re going to be here that often,” Norris said after the race in Australia. “There’s a few tracks that will favour us and will give us these results, but not many, so we have a lot of work to do and we’ll continue to do that, but we just have to be happy with this weekend and take it all in for the minute.”

Teammate Ricciardo added: “All weekend it’s just been a step in the right direction. A few weeks ago in Bahrain, many home fans were thinking, ‘oh no, this is maybe going to be a painful home race for Daniel’, but it was really nice to have such a quick turnaround.

“The team certainly found a bit in the last few weeks and that’s been really nice and encouraging, so steps, big steps in the right direction. We will keep at it, keep chipping away. As always, still things to improve.”