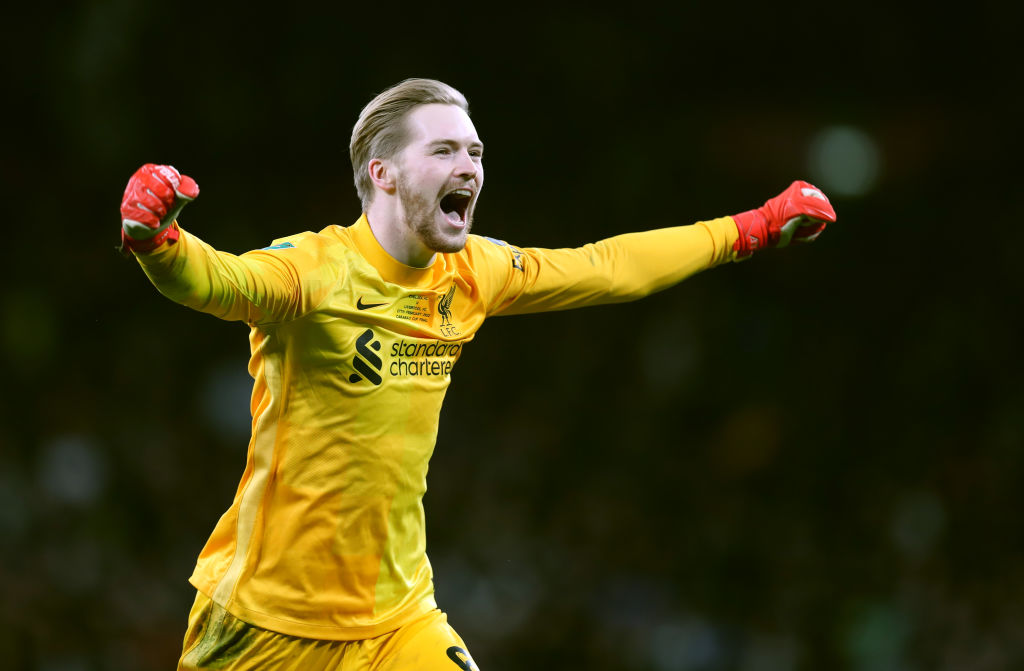 By and large, Jurgen Klopp has done a very good job of keeping his Liverpool squad happy.

However, if there’s one player who has a right to be aggrieved with his role at Liverpool it’s Caoimhin Kelleher.

Indeed, the Irishman has been playing second-fiddle to Alisson Becker for quite some time now at Anfield, but after a string of great performances in the cups last season, Kelleher may feel as though he’s ready to be first-choice at a Premier League club.

Of course, Kelleher doesn’t stand much chance of usurping Alisson at Liverpool, and therefore, he may have to look for a move away from Merseyside.

Kelleher may eventually have to move on in order to fulfil his own ambitions, but one man who certainly doesn’t want to see him leave is Jose Enrique.

I really hope he stays because whenever Alisson is not been available he is done an incredible job https://t.co/v9WCvvxNLM

Enrique says that he hopes Kelleher stays, and we’re sure that many a Liverpool fan has the same opinion.

Let’s be honest, the Reds will struggle to find a number two with as much quality as Kelleher – most top-level goalies want to be first-choice.

The role of a second-choice goalkeeper can seem insignificant at times, but just think about how much Liverpool suffered back when Adrian San Miguel was Alisson’s understudy rather than Kelleher.

Indeed, Adrian cost Liverpool dearly during his time in goal, shipping seven goals against Aston Villa back in 2020, while he also made costly errors against Atletico Madrid in the Champions League a few months prior.

Enrique wants Kelleher to stay, but for the good of his career, the Irishman may eventually have to depart.

In other news, Report: Tottenham are close to signing a ‘fantastic’ young defender