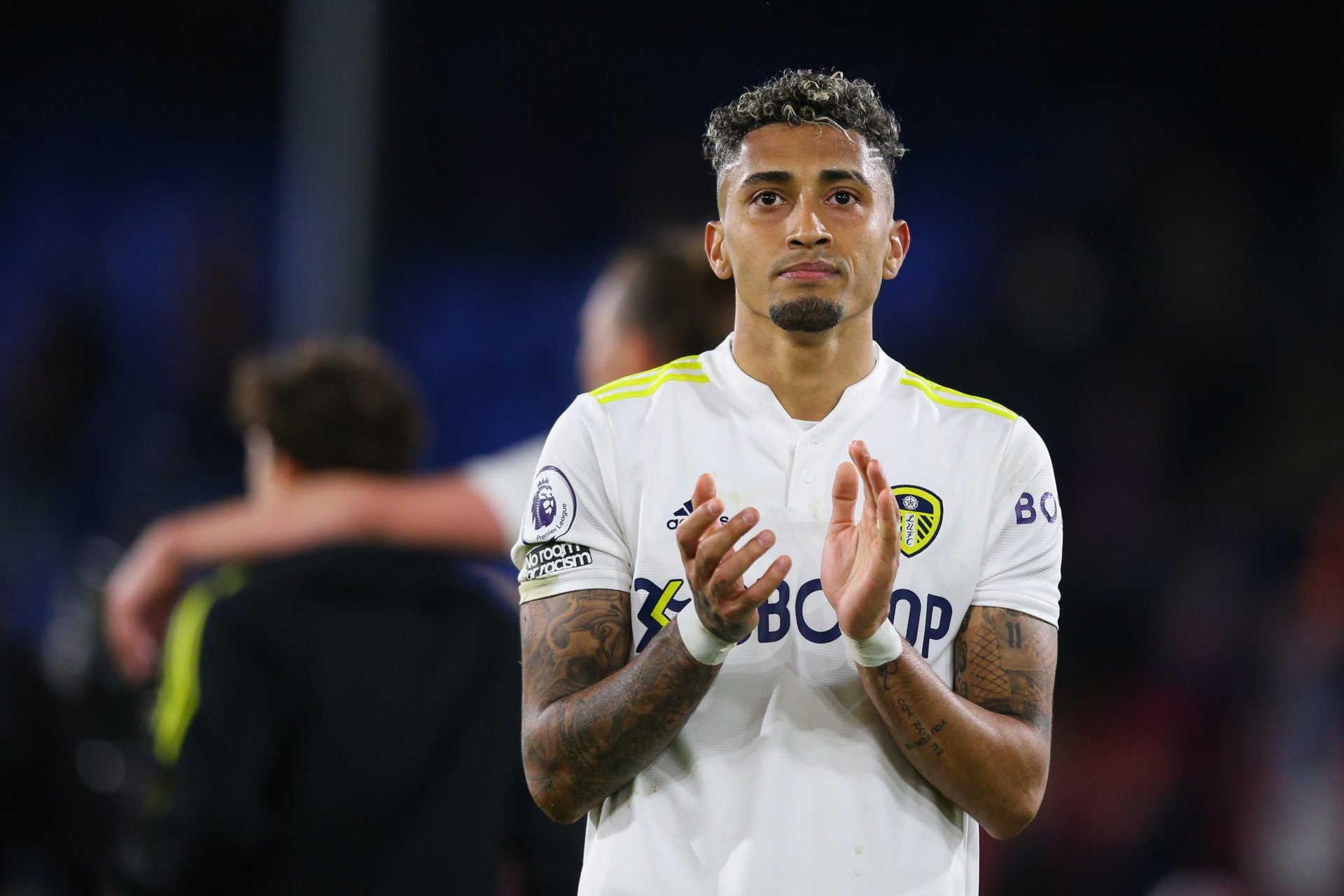 Speaking on The Athletic Football Podcast, Phil Hay has been speaking about Raphinha’s future at Leeds and his body language after the match against Brighton on Sunday.

There has been so much speculation about Raphinha’s future in recent weeks with a move to Barcelona heavily rumoured, and if he is to leave the club this summer, he’s already played his last game at Elland Road.

Hay took notice of Raphinha’s body language after the game, and he said that it looked like the Brazilian was looking around Elland Road for one last time as a summer move away from the club beckons.

Hay spoke about Raphinha and his body language.

“Raphinha was on the pitch after the game yesterday sat against the goalposts and it was very much the body language of someone who was looking at Elland Road for the last time. Funnily enough it wasn’t all sweetness and light between him and Bielsa at the end, he was substituted against Everton and they had words after training that week,” Hay said.

“Yesterday, watching him sat on the pitch, that looked like the body language of someone who won’t be here for much longer.”

If that was indeed Raphinha’s final game at Elland Road, then he’s signed off in truly spectacular fashion.

Indeed, Elland Road is famed for its incredible atmosphere, and after Pascal Struijk’s 90th-minute equaliser on Sunday, the roof came off the old ground.

Raphinha has experienced some incredible moments at Elland Road over the past two years, but Struik’s late goal may very well be the best of the bunch – especially if it ultimately keeps Leeds in the Premier League.

In other news, Benfica find replacement for Tottenham-linked Darwin Nunez… but Spurs want him too