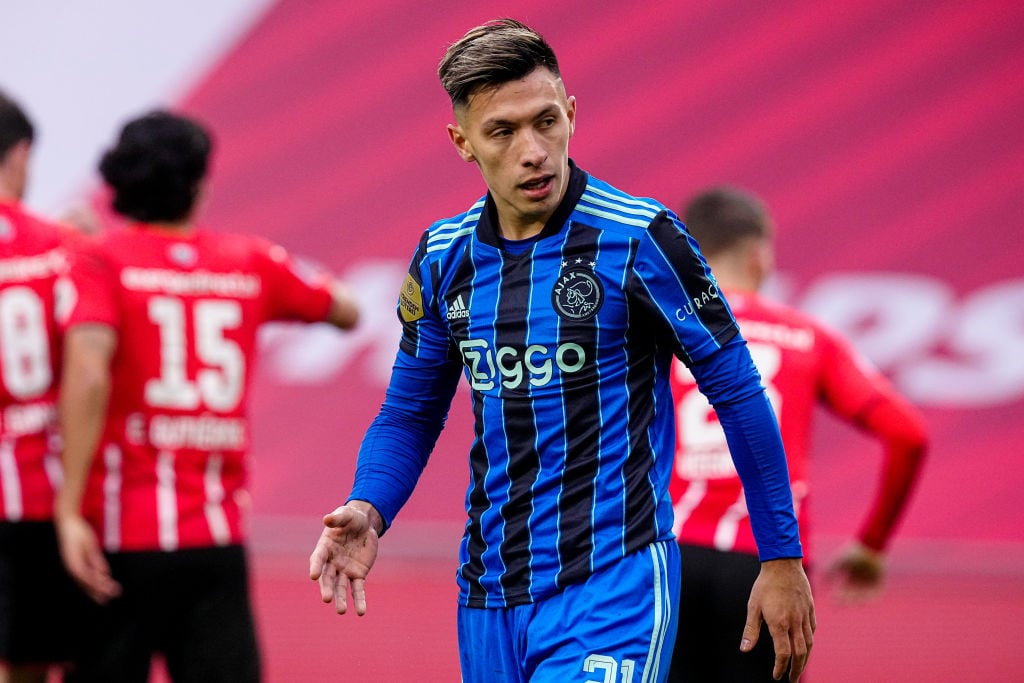 Speaking on The Done Deal Show, Ben Jacobs has been discussing Lisandro Martinez’s situation as Arsenal and Manchester United continue to push to sign him.

The Ajax defender has been the subject of a number of bids and so much speculation, but, as of yet, nobody has managed to agree a deal to sign the centre-back.

With two of the Premier League’s biggest clubs on his tail, Ajax are well aware that they can squeeze a bit more money out of this deal, and according to Jacobs, the Dutch giants are trying to encourage a bidding war and increasing their asking price.

This poses a problem for Manchester United who are pursuing other high-profile deals, and according to Jacobs, United and Arsenal have an equal chance of landing the South American.

Jacobs shared what he knows about Martinez.

“it’s 50/50 at the moment, but the other factor is that nobody has agreed a deal with Ajax. Manchester United have got a higher offer slightly, but the worry is that this becomes a bidding war. Ajax know the player wants to leave and they’re holding out for four or five million more than they wanted originally,” Jacobs said.

“I thought it would be around £40m and add-ons, maybe 41 or 42, but now, sources are indicating that Ajax will want closer to around £50m, and Manchster United, particularly, don’t have that ability to add another £5m, especially if they want to add another target like De Jong or Antony.”

Ajax may be the team losing their player here, but make no mistake about it, they have all the power in this situation.

The Dutch giants are in a brilliant position. Two of the richest clubs in the world are desperate to sign their player, and they know that they can get a huge fee for Martinez.

£50m would be a brilliant price for Ajax to receive for Martinez, and they know they’re dealing with two clubs that have a history of overpaying for players, especially defenders.

Don’t be surprised if Ajax manage to fleece one of these teams for massive money this summer.

In other news, Journalist: Brentford submit “enormous” bid for player who rejected Liverpool in 2021