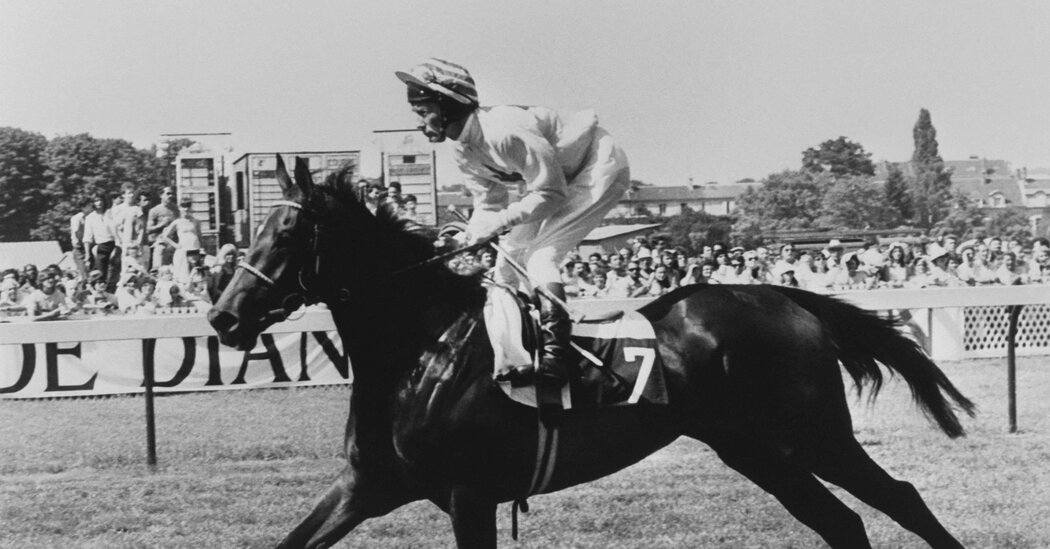 In all, Piggott won 4,493 races at British tracks — third most among British jockeys — and several hundred more around the world.

“He had an empathy for the animal and knew what a horse was thinking,” the British jockey Willie Carson told Racing Post, a daily sports-betting publication, after Piggott’s death. “He knew what a horse wanted, be it tough, soft, holding up or using his stride, and he always seemed to get it right.”

Lester Keith Piggott was born to horse racing on Nov. 5, 1935, in Wantage, Oxfordshire, England. His father, Keith, was a jockey and trainer, and his mother, Iris (Rickaby) Piggott, came from a horse racing family. His paternal grandfather was a champion steeplechaser.

Lester was an apprentice at his father’s stables in Lambourn, Berkshire. He got his first professional ride at the age of 12, in April 1948, and rode to his first victory four months later at Haydock Park Racecourse.

In 1954, when he was 18, Piggott rode Never Say Die in capturing his first Epsom Derby victory; eight more would follow, setting a record. In the other British Classics, he won eight times in the St. Leger, six in the Oaks, five in the 2,000 Guineas and two in the 1,000 Guineas.

But one of his most significant victories came in the United States, at the prestigious Breeders’ Cup Mile at Belmont Park on Long Island in 1990. It wasn’t only his age, 54, that made the win unusual.