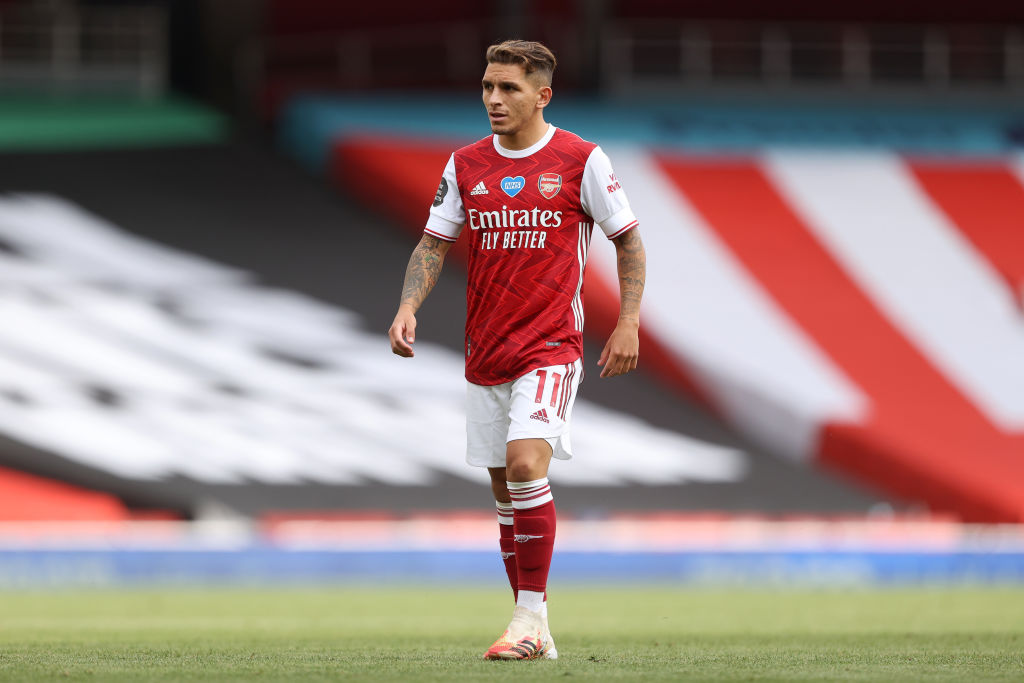 Fiorentina are desperate to keep Arsenal’s Lucas Torreira with the Premier League misfit closing in on a permanent move to Serie A, La Viola coach Vincenzo Italiano tells Football Italia.

The diminutive Uruguayan international never made any secret of his desire to return to a country where he played the best football of his career, those all-action performances at Sampdoria paving the way for a £26 million move to Arsenal after the 2018 Russia World Cup.

And, after sealing a temporary switch to Florence last summer, Torreira has more than made up for lost time.

A Fiorentina side who finished 16th last term are on the verge of securing European qualification for the first time since 2016/17.

And Torreira has played a major role in keeping their season on track, salvaging a campaign that looked to have been de-railed by the January departure of talismanic centre-forward Dusan Vlahovic to Juventus.

Arsenal’s Lucas Torreira could stay in Serie A

“The playmaker is the fulcrum of the team. So if the midfield is running smoothly, the whole side runs smoothly,” says Italiano. “This is one of the main principles of football.

“Lucas brought balance and has been prolific in front of goal too, showing his extraordinary quality. There are no doubts over what he can give this squad in future.”

‘Prolific in front of goal’. Five words you wouldn’t usually associate with Lucas Torreira. The former Atletico Madrid loanee appears to have discovered the art of goal-poaching this term, scoring more (five) than he managed in nearly 100 outings as an Arsenal player (four).

According to Tuttomercatoweb, the Gunners have already agreed to let Fiorentina sign Torreira on a permanent basis, to the tune of around £12 million.

The 26-year-old’s wages are proving to be a rather pesky obstacle, however. Torreira is reluctant to accept a major cut on his current £65,000-a-week deal.

But with Italiano speaking openly about a ‘future’ with Torreira at the Stadio Artemio Franchi, it seems there is confidence – at least on Fiorentina’s side – that a compromise can be reached.

“Lucas is happy in Florence and I think they will sign him,” explains the midfielder’s agent, adding that Arsenal were ‘angry’ to miss out on a deal that would have seen Vlahovic move to North London in exchange.

“(Torreira) is one of the fans’ most-loved players. Fiorentina logically want to buy him because he is playing very well. He has returned to having impressive form and dynamism.”

In other news, People inside PL club think their £70m star is leaving, Arsenal and Tottenham want him