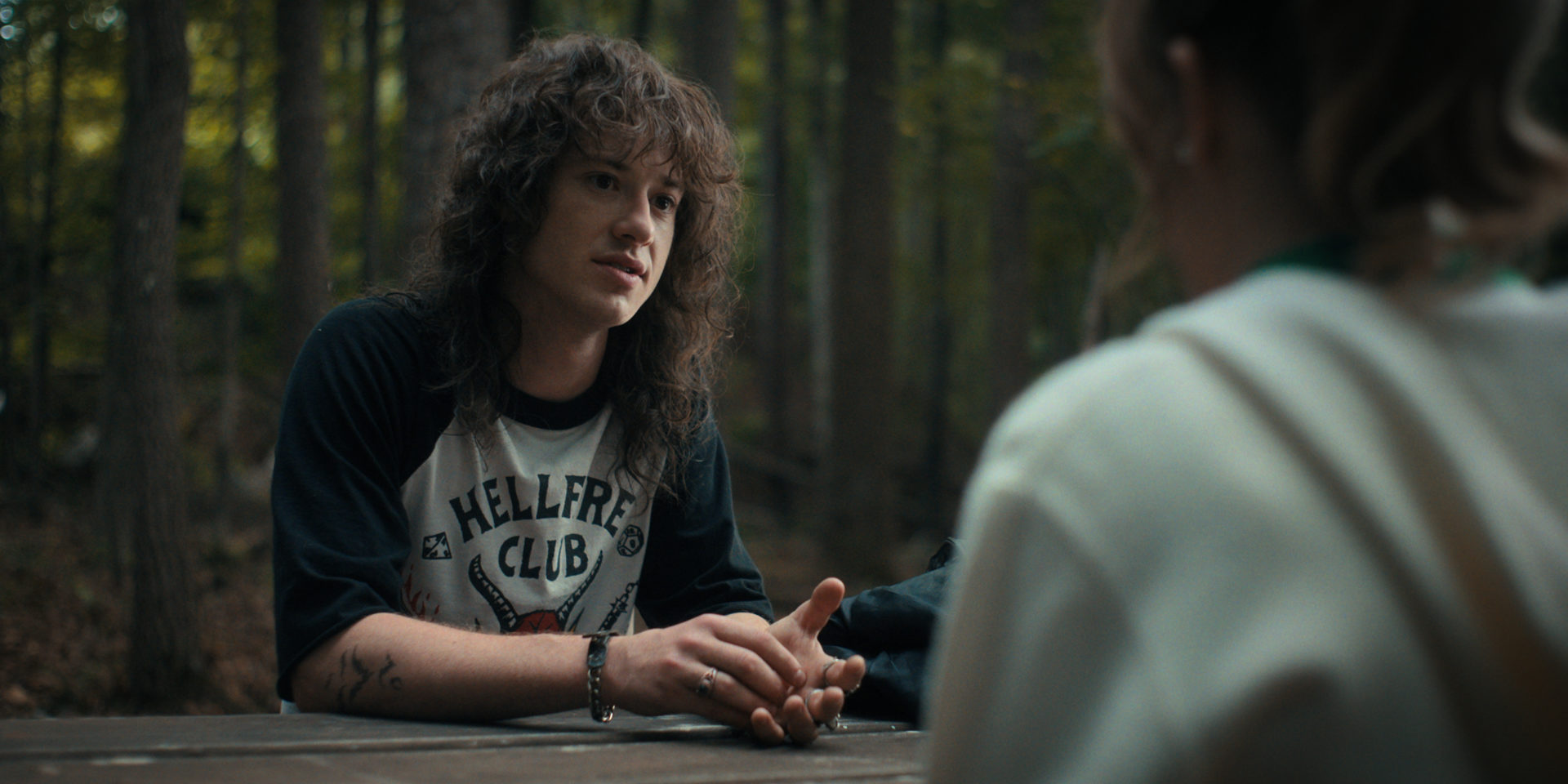 Eddie Munson’s now-iconic Master Of Puppets guitar solo in Stranger Things season 4 has the heavy metal seal of approval from Metallica themselves.

Eddie Munson has risen to become Stranger Things’ fan-favourite character after he joined the clan to defeat Vecna, and thus prove his innocence over the death of Chrissy.

Episode 7 concluded on a cliffhanger as fans discovered that Henry, aka One, was the deadly beast. An ultimate showdown between Vecna and the teens was long overdue, but with Eleven still a distance away from the crew, their victory seemed unlikely.

Thankfully, Eddie’s commitment was the glimmer of hope we needed, and his final guitar scene has the internet raving – including Metallica.

With Eddie Munson’s guitar solo scene going viral, Metallica – the artists behind Master Of Puppets – couldn’t sit back without commenting on it.

“We were beyond psyched for them to not only include ‘Master of Puppets’ in the show, but to have such a pivotal scene built around it,” they told their 8.4 million Instagram followers.

“We were all stoked to see the final result and when we did we were totally blown away.

“It’s so extremely well done, so much so, that some folks were able to guess the song just by seeing a few seconds of Joseph Quinn’s hands in the trailer! How crazy cool is that?”

If you’re wondering if it’s really Quinn shredding his guitar like it was his last chance (it actually was). The actor told RadioTimes that it was mostly him.

“They [the Duffer Brothers] texted me and they said, like, can you play the guitar?” he explained.

“I said yes. That was about two months into the pandemic, maybe three months, and then a month later, they sent me the last script.”

Quinn proceeded to buy a guitar and “practised manically for months” until shooting.

“I was trying to be realistic with kind of what I could do. Like I’ve been playing [guitar] since I was a kid but I’m no virtuoso. So I had most of the song down, but for the solo, we had to fly someone, a black belt metal guitarist, in to help with that. The rest of it? I had a stab at it, yeah.”

That was a good stab, Joseph Quinn. It had us crying and head-banging at the same time.

What happens to Eddie Munson in the finale?

The crew split into three groups as part of their plan to destroy Vecna. Max banded with Luca and Erica to use herself as bait to lure Henry into attacking her.

Meanwhile, Dustin amped Eddie up so he could rock out to distract the demobats from alerting their master. Robin, Steve, and Nancy were also in the Upside Down ready to kill Vecna.

Unfortunately, the D&D dungeon master was swarmed by demobats, thus becoming the sacrifice to save Hawkins. His death has caused a stir with Stranger Things fans who are still mourning the loss of the beloved character.

In other news, Where was Netflix’s Hello, Goodbye, and Everything in Between filmed?