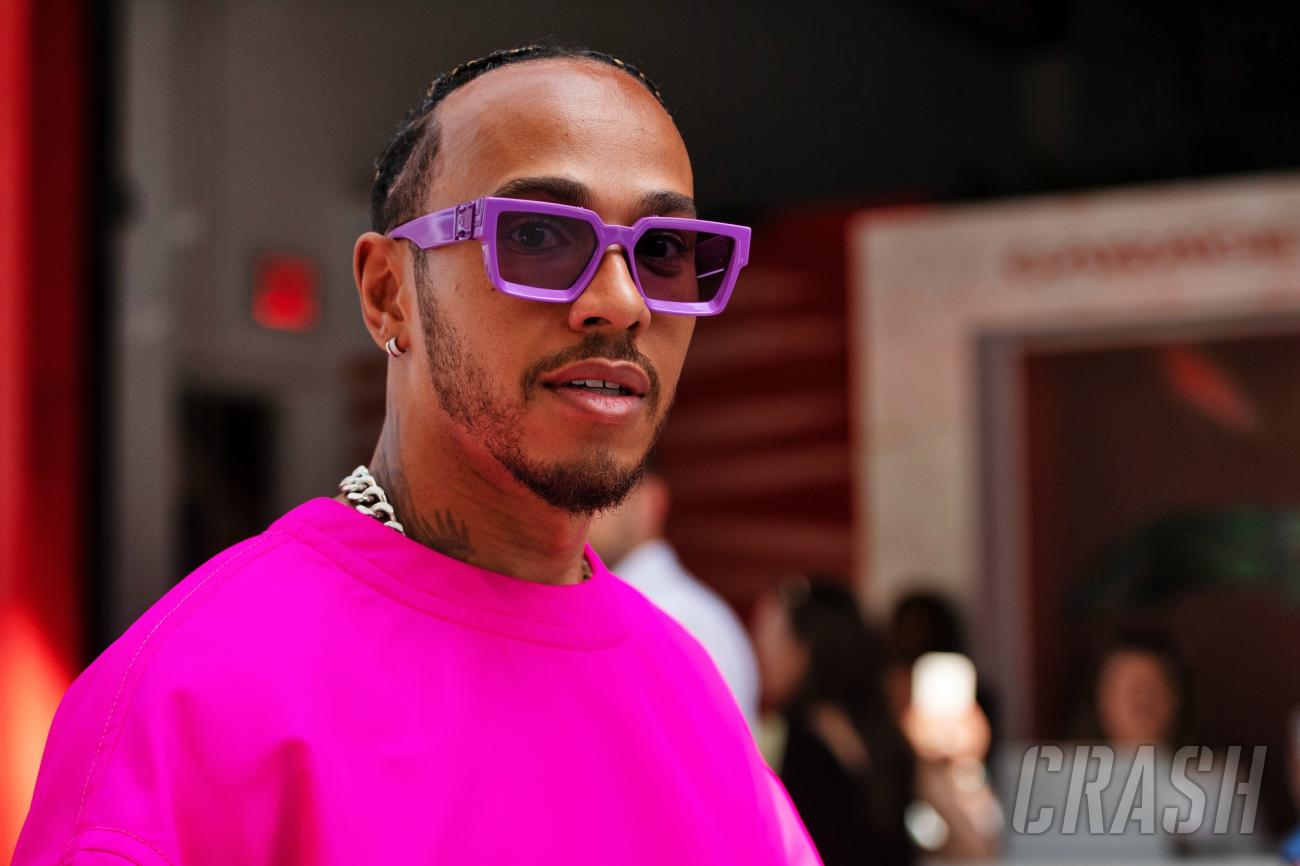 Masi was removed from his role as race director after he was found guilty of not following the FIA’s sporting regulations with his decision-making ultimately costing Hamilton a record-breaking eighth drivers’ championship.

The Australian has remained part of the FIA’s setup but his exact role is unclear following his dismissal at the start of the year.

New FIA president Mohammed bin Sulayem has revealed that Masi could make a return in some capacity, stating that they are “open to everything”.

Mercedes boss Toto Wolff in particular has been hard with his criticism of Masi during the early months of the year, branding him as a “liability”.

Is a return for Masi in a more high-profile role another kick in the teeth for Hamilton and Mercedes?

The ongoing jewellery saga combined with talk of Masi’s involvement increasing again within the FIA could make for an interesting media day at this weekend’s grand prix in Spain.

Speaking in an interview with the Daily Mail, bin Sulayem thinks Masi could be an asset worth using.

“I didn’t get rid of Michael, he said. “He had a personal overload [of work] – safety delegate as well as race director. He made a mistake. It is not as if we said it is the end of Masi with the FIA. I don’t do that sort of thing. Even people who didn’t vote for me, I embrace. We don’t think of individuals. We think of the operation itself.

“I don’t know Michael very well. The decision [to sack Masi] was made by the World Council. It was human error on Michael’s part. I spoke to him [Masi] two days ago, I have no personal issue [with him]. I don’t hate anyone.

In response to Masi’s sacking at the end of 2021, the FIA signed two race directors that will alternate at each grand prix.

Niels Wittich and Eduardo Freitas share the role but the new FIA president isn’t satisfied with the current situation as he looks to avoid a repeat of the controversial events in Abu Dhabi.

“Our race structure was wrong organisationally,” he added. And though we have brought in two new race directors, I wouldn’t say we have got it all right yet. We need to clean the stables.

“It’s not like going to a supermarket and asking for some more stewards. You need firm and fair people, tolerant people. I am thinking, for example, of bringing in rally co-drivers, who have plenty of multi-tasking skills that are required and training them up. We need a recruitment drive.

“This lack of people in the FIA needs to be addressed. I would like to see a minimum of three race directors, ideally by the beginning of next year.”

The topic of jewellery continues to dominate the F1 paddock heading into this weekend’s Spanish Grand Prix at the Circuit de Barcelona-Catalunya.

The FIA reminded drivers of rules regarding jewellery ahead of the inaugural Miami Grand Prix after issuing a statement clarifying that “in the interest of safety, watches will be considered as jewellery.”

The ban on jewellery affects Hamilton the most with the Mercedes driver often wearing ear piercings and a nose ring.

Hamilton had turned up to Miami decorated with jewellery including eight rings, four necklaces, two earrings, a bracelet and three watches – sending a clear message to the FIA.

However, the seven-time F1 champion risks a fine and potential points deduction should he not adhere to the rules once his two-race exemption ends in Miami.

Bin Sulayem has called on Hamilton to act as a “role model” amid the controversy surrounding jewellery.

“After Brazil, I wished him all the best as he was getting on the plane home. You can ask Toto Wolff how supportive I was. I was free then because I wasn’t president. I really wanted him to win that eighth title because records are there to be broken.

“People say I did what Lewis and Toto wanted by removing Michael Masi. I mean, I do that for them and then I have it in for them – it doesn’t make sense. Lewis saw a doctor in Miami to discuss the jewellery issue – and, guess what, he was a British doctor. I am simply saying the rules are there. It’s not for me to decide the merits of the science – it’s for the medics.

“I would like Lewis to be a role model, an ambassador, to send the right message to all the young drivers to prevent a tragedy. We should be using him in that good cause.”

The FIA president reaffirmed that Hamilton would be fined in Monaco if he was to wear jewellery for the race in the principality.

“I love jewellery,” he added. “I absolutely love it. But in the car there can be no choice. People say they [the rules] haven’t been implemented before. Don’t ask me why not. People can ask the old regime why that is the case.’

“That’s up to him. There are fines that apply. It’s like if someone speeds on the roads – you can’t stop them doing it but they get fined, even if it was accidental.”

Why F1 should cater to its biggest star

The FIA’s recent stance on various issues will no doubt continue to disillusion Hamilton.

Combined with Mercedes’ lack of form so far this year, Hamilton will not be enjoying his time on or off the track.

At 37, Hamilton’s career is likely to come to an end in the near future but he still remains the sport’s biggest star.

While reigning F1 champion Max Verstappen has a faithful, ever-growing fanbase, Hamilton’s name and presence capture the attention of the world.

Particularly in America, a key market F1 is looking to make the most of, Hamilton is F1’s star attraction.

F1 should be doing all it can to keep the seven-time F1 champion in the sport.

While MotoGP’s transition to life without Valentino Rossi has been seamless, the Italian wasn’t competing for regular race victories in his final seasons.

As seen at the end of last year, in the right machinery, Hamilton is still at the peak of his powers and seeing him up against the new generation of Verstappen, Charles Leclerc, George Russell and Lando Norris is a tantalising prospect.

The jewellery saga will no doubt go on longer with Hamilton vowing not to comply, questioning the safety argument of the FIA’s stance.

“I mean, this whole safety thing man. When they told me about the jewellery, they were saying safety is everything,” Hamilton explained.

“I said well, what’s happened for the last 16 years? I’ve had jewellery on for 16 years. So was safety not an issue back then?”

It’s likely going to be a story that’s going to run and run for the rest of the year.