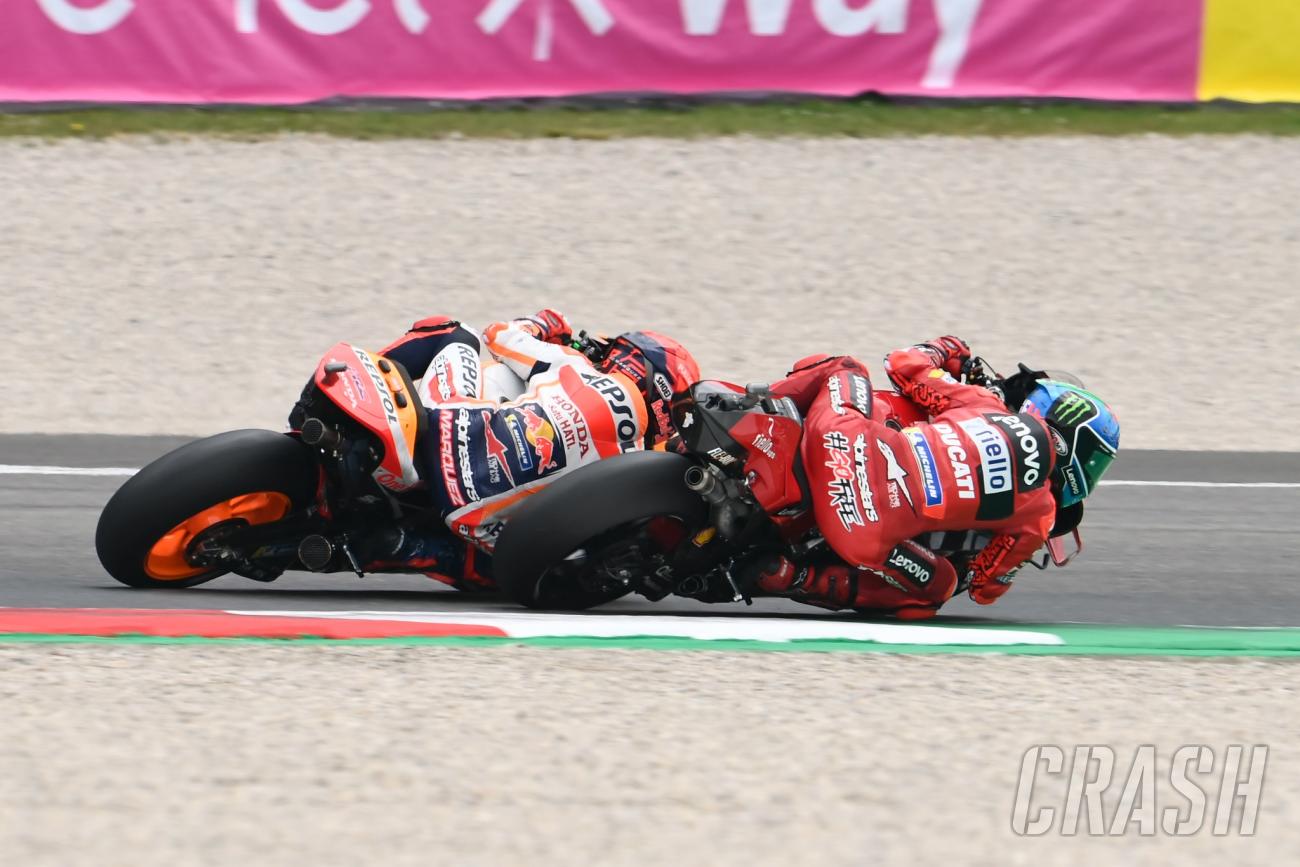 After struggling with ongoing weakness and movement issues in his right arm, which has already undergone three operations since the original fracture in July 2020, Marquez received the green light for further surgery on Friday at the Italian MotoGP.

“We have been analysing the possibility of another surgery for quite a while and finally this weekend we had the green light from the doctors,” said Repsol Honda team manager Alberto Puig, who had appeared alongside Marquez on Saturday to officially announce the news.

“On Friday we found out it was possible to do this and we decided to follow this course of action, for Marc Márquez to stop racing and travel to the US for surgery to try and finally resolve this problem.”

Puig: ‘The easy option was not to race’

The possibility of further surgery had been explored as far back as last October, when Marquez was forced to withdraw due to diplopia. But at that time, he was told the bone was not ready and the risk therefore too big.

Friday’s news that the American doctors are now not only confident that the operation can be done, but that it should provide a significant improvement in mobility, was thus a massive relief to Marquez.

The safest option would have been to pull out of the race weekend there and then. Instead, Marquez elected to continue and was fortunate to escape injury in a nasty Saturday highside on a damp track, before qualifying twelfth and finishing Sunday’s race in tenth.

“It’s really impressive, what Marc did during the weekend,” Puig said “The easy option was not to race. Knowing that you have an operation on Thursday, you can have the fear that all that can happen on Sunday would have been a disaster, that you take risks, you damage yourself and then everything is delayed.

“Marc is very focused, very serious about his job, he loves racing and he wanted to do this GP. He did it and finished the Italian GP safely. As I said on Saturday, we want to thank him for his efforts and now we will wait for him. We also think he is grateful for Honda’s understanding during this difficult period.”

The recovery timeframe for the operation remains unclear, but Marquez warned it is likely to be a long time. During his absence, predicted to be at least several months, Puig confirmed that HRC test rider Stefan Bradl will again step in alongside Pol Espargaro.

“The priority now is Marc’s surgery, that it is proceeding in the correct way,” Puig said.

“When the doctor finishes the surgery, then we will know more or less what the timings are and when we can start to expect Marc’s return.”

Former grand prix rider Puig added: “Obviously, it is very complicated and the last three seasons have been very difficult but, as I often say; life is not what you want, it is what is it.

“This is the situation we are living in at this moment and we have to keep going, we [also] need to understand, during this period without Marc, how we can continue to improve the RC213V.

“We will replace him with our test rider Stefan Bradl because this is the only possibility we have. A MotoGP bike is a complicated machine, and you cannot put any rider here, you need someone with experience.

“Of course, the development and evolution of our new bike can be affected by this… when you have a rider like Marc out and not riding the machine for so long, this clearly impacts the approach of the engineers. This is not an excuse, and we will try to do the best we can!”

Honda has taken just one podium so far this season, by Marquez’s team-mate Pol Espargaro in the Qatar opener. LCR’s Takaaki Nakagami finished as the top Honda rider at Mugello, in eighth and just under one-second in front of the #93.