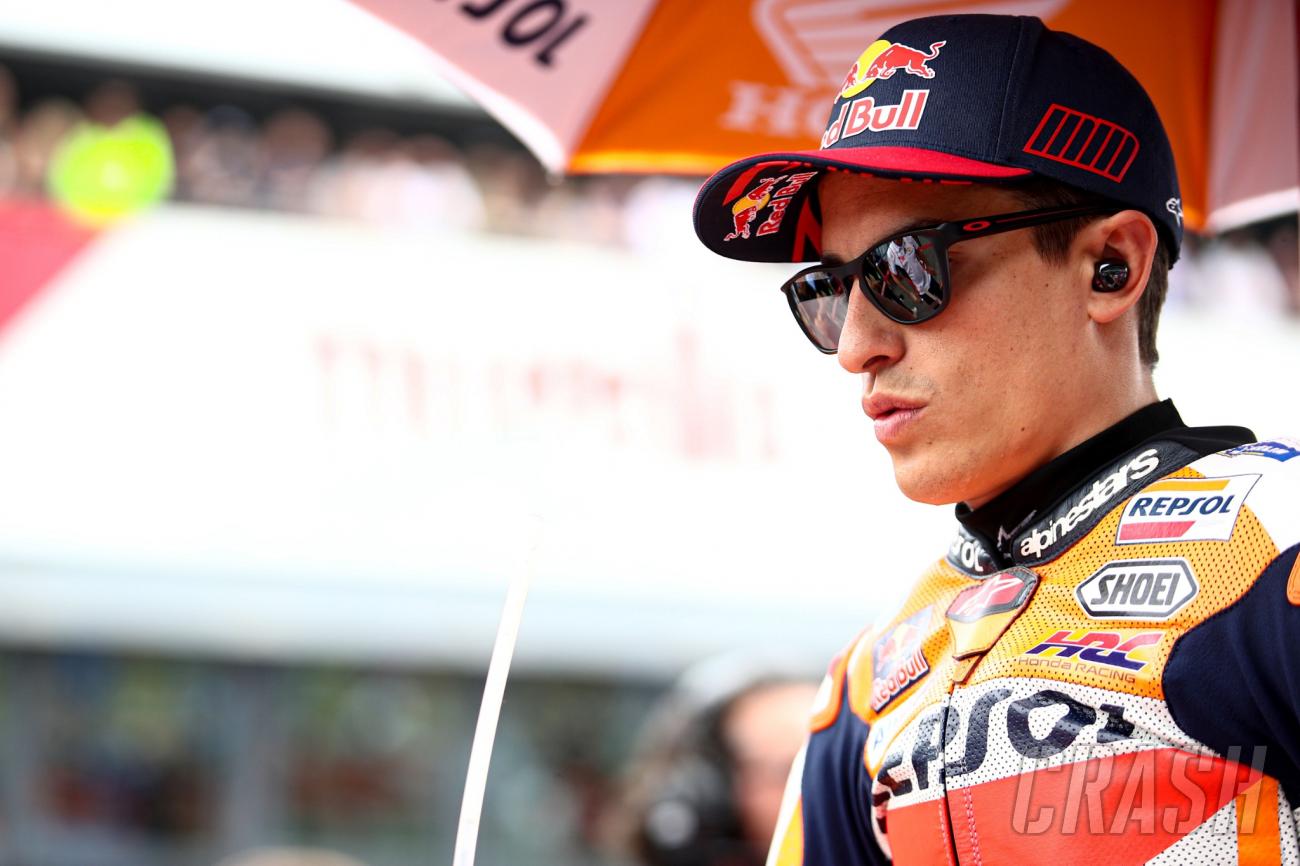 Yet to claim a podium so far this season, Marquez announced he would take a break from MotoGP in order to address the lingering weakness with his right arm.

After qualifying at Mugello (where he suffered another big highside), Marquez, along with Repsol Honda Team Manager Alberto Puig, held a ‘special’ press conference in which Marquez confirmed he would head to the US this week to have a fourth operation on his right arm.

Since suffering a broken arm in 2020, Marquez has never been the same despite taking three victories last season.

Those performances were unbelievable and showed that even less than 100% fit, Marquez could still be a real force.

But 2022 has not seen the progression (technical or physical) that he and Honda would have expected, instead it’s been a step back. Marquez only looked like challenging for a race win at COTA, while some big accidents have continued to plague his season and career.

Marquez will have surgery on Tuesday before returning to Spain to begin the recovery process.

Marquez and his injury history – what we know

The first operation Marquez had in 2020 followed major surgeries to both shoulders in 2018 and then 2019. The first shoulder surgery wasn’t enough to stop Marquez from being at his best as the 2019 season was arguably the greatest from any rider ever.

But after his Jerez crash in July, 2020, a fractured right arm was confirmed as problems began to mount thereafter.

Marquez had the initial fracture plated, on July 21. However, the plate then failed due to stress accumulation caused by an attempt to return to action the following weekend.

A new plate was then fitted at the beginning of August, but as the recovery process dragged on it became clear all was not going to plan as a third operation – lasting 8 hours and including both a new plate and bone graft – was subsequently needed on December 4, 2020.

During that surgery, infection was confirmed as having caused the previous healing problems, resulting in the need for lengthy antibiotic treatment.

After nine months away, Marquez was passed fit to make a sensational return at Portimao in April, 2021.

While Marquez’s newest surgery will aim to fix the ongoing issues with his right arm, specifically his humerus, other injuries have proven just as troublesome for the Honda rider.

Marquez first suffered diplopia (double-vision) in 2011, and despite many crashes taking place between said 2011 season and 2020, it failed to reappear.

However, Marquez wasn’t so lucky in 2021 as a training accident resulted in the eye problem making a return in October.

Marquez then missed the final two rounds, a devastating blow as he was coming off back-to-back wins for the first time since 2019, before a massive crash at Mandalika in March of this year saw his diplopia appear for a third time, albeit the recovery time needed was much shorter.

With the decision whether to race in Mugello very much in his hands, Marquez elected to take part in Sunday’s Grand Prix, finishing a solid tenth.

But speaking after the race the Spaniard’s words highlighted just how much of a struggle the last two years have been, with Marquez claiming his life is being majorly affected on a daily basis.

Marquez said: “It’s an operation and everything can happen. You never know. But it’s the correct decision because riding like this, I cannot continue..

“Of course you are always worried about a fourth operation in the same arm. It’s not easy. But when they called me on Friday, gave me the results and told me all the information. I breathed [a sigh of relief].

“My daily life is affected a lot. Before I was always training a lot at home with motorbikes, with motocross, with road bikes, any kind of bikes.

“But now my normal life is; come back after a race, stay 2-3 days at home, relax because I cannot do anything, just to do some leg work, some cycling, and then start to train again. Physio, physio, painkillers.

“I said to my doctors and my people, ‘riding like this, I will do one more year, two more years. No more’. Because I’m not enjoying and I’m suffering a lot.

“But having this operation, I hope my life will change. The last two years were not easy.”

Will Honda wait for Marquez?

The answer to this appears to be yes, as Honda has backed Marquez throughout his MotoGP career, and more importantly his recent difficulties.

Marquez is contracted with the Japanese manufacturer until the end of 2024, meaning there’s plenty of time left for Marquez to regain full fitness, rediscover his form and make a serious title challenge (2023).

But with that said, does Honda need to secure another top rider in the event of Marquez never being the same?

A strong argument could be made that they do, and although Joan Mir hasn’t done much winning since joining MotoGP – has just one race win – Mir remains a premier class world champion (2020) and someone Honda reportedly have their eyes on.

Mir appears to be the favourite to join Marquez should Repsol Honda move on from Pol Espargaro.

Aside from two crashes in the last two races, the Suzuki rider is typically not a rider that throws it down the road, something Honda could desperately use, while he regularly runs inside the top five, challenging for podiums.

Espargaro on the other hand has just two top-five finishes since joining Honda in 2021.

Which is more likely, a seventh MotoGP title that would bring him level with arch-rival Valentino Rossi, or early retirement?

Marquez has shown throughout his career that he will do everything he can to win.

So seeing the 29 year-old settle for results like 6th, 7th or 10th, like in Mugello, is far from what many want or expect to see, including him and his team who have done A LOT of winning together.

While some may believe Marquez winning another championship is unrealistic or a distant dream, the option to take a fourth surgery is surely a sign that he himself still believes.

Last season’s three victories demonstrated that if he fully recovers anything is possible, but how his arm responds following his latest time away from MotoGP will be vital in finding out his future.

Should the physical problems and lack of results continue then retirement before his current deal is up, although unlikely, cannot be entirely excluded.