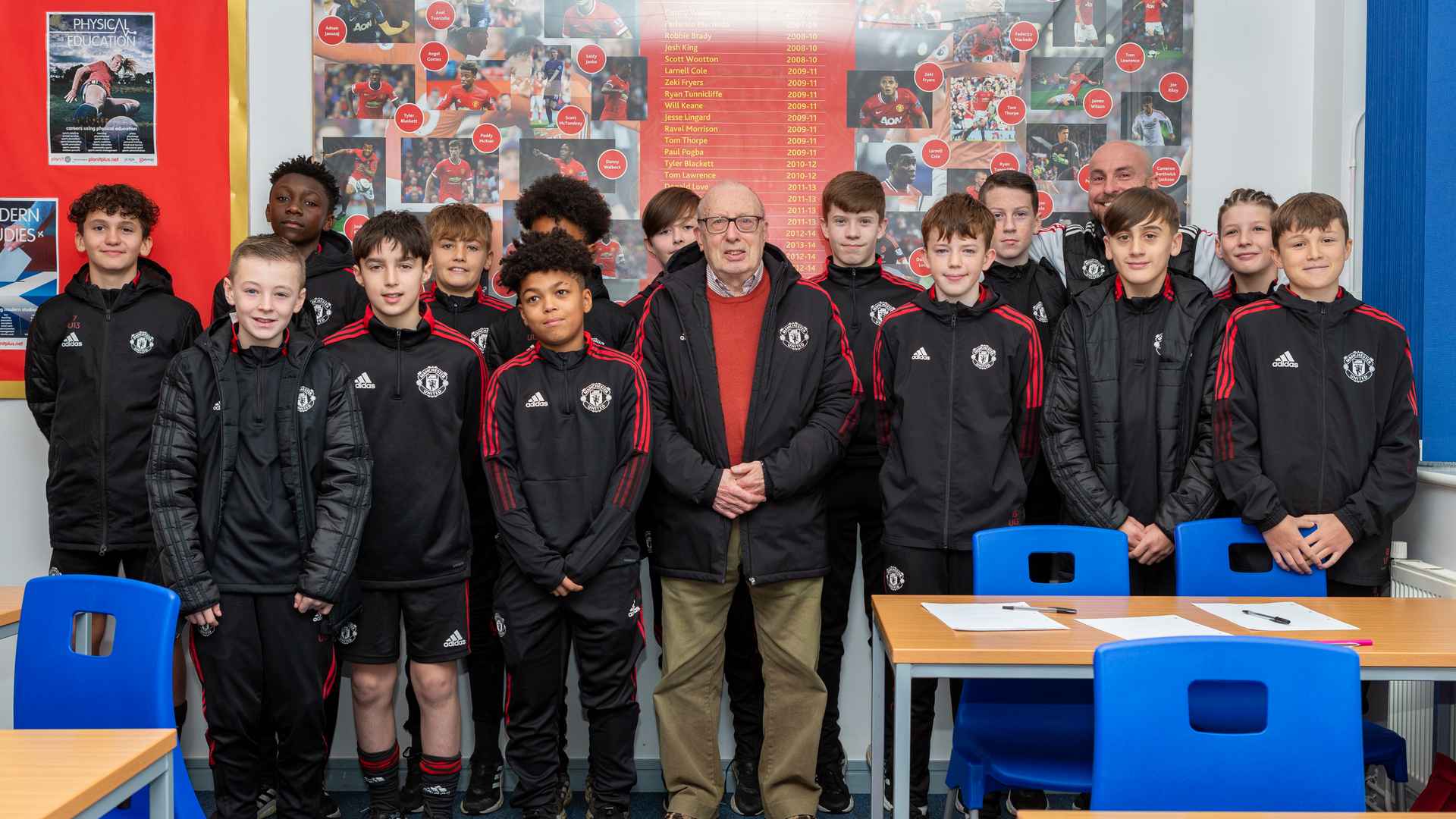 Jimmy Murphy Jnr explains his father’s absence from the flight. Murphy was managing the Welsh national team in Cardiff as they qualified for that year’s World Cup by beating Israel. He describes how Murphy returned to Manchester, took a taxi to Old Trafford, and arrived at the ground none the wiser to the horrific events that had just unfolded in Germany. He went to his office and was stopped by club secretary Alma George, who relayed the news. “My father didn’t believe it,” Jim says. He had to be told three times.

After sharing the story of how his father told the Manchester United board that the club must go on, Jimmy Jnr takes questions from the youngsters. His responses shed light on how the Academy was run in the 1950s – with Bert Whalley training the youngest players, passing them on to Murphy, who then passed the best on to Matt Busby – and how it was then devastated by Munich. “We won the FA Youth Cup five times on the run. It was like a machine; then the machine was broken.”

Academy player liaison officer Bushell then asks: “What qualities did Jimmy look for in a player?”

Talent, but also guts, is the answer.

“When I go down to Carrington now,” Jim says, “people shout at me, ‘get stuck in, Jimmy!’ because that’s what my dad used to shout to his players.”

They then go through the rise-from-the-ashes story at speed: 1958 FA Cup final; 1963 FA Cup winners; 1965 league champions; 1967 league champions; 1968 European Cup winners. Another video follows, beginning with Murphy leading out the team at Wembley in 1958 and ending with another game there, 10 years on. The kids are particularly enthralled by the colour film of ’68, smiling as Bobby Charlton finishes past Benfica goalkeeper Jose Henrique.

The point is stated clearly as Busby is embraced by Foulkes, Charlton and Best on the Wembley turf: “It’s not just the fact that United got back to the pinnacle; it’s the way they did it – with the youth,” says Bushell, before Jimmy Jnr adds: “Ever since we’ve gone down and come back up again, we’ve always made sure it’s with the youngsters.”