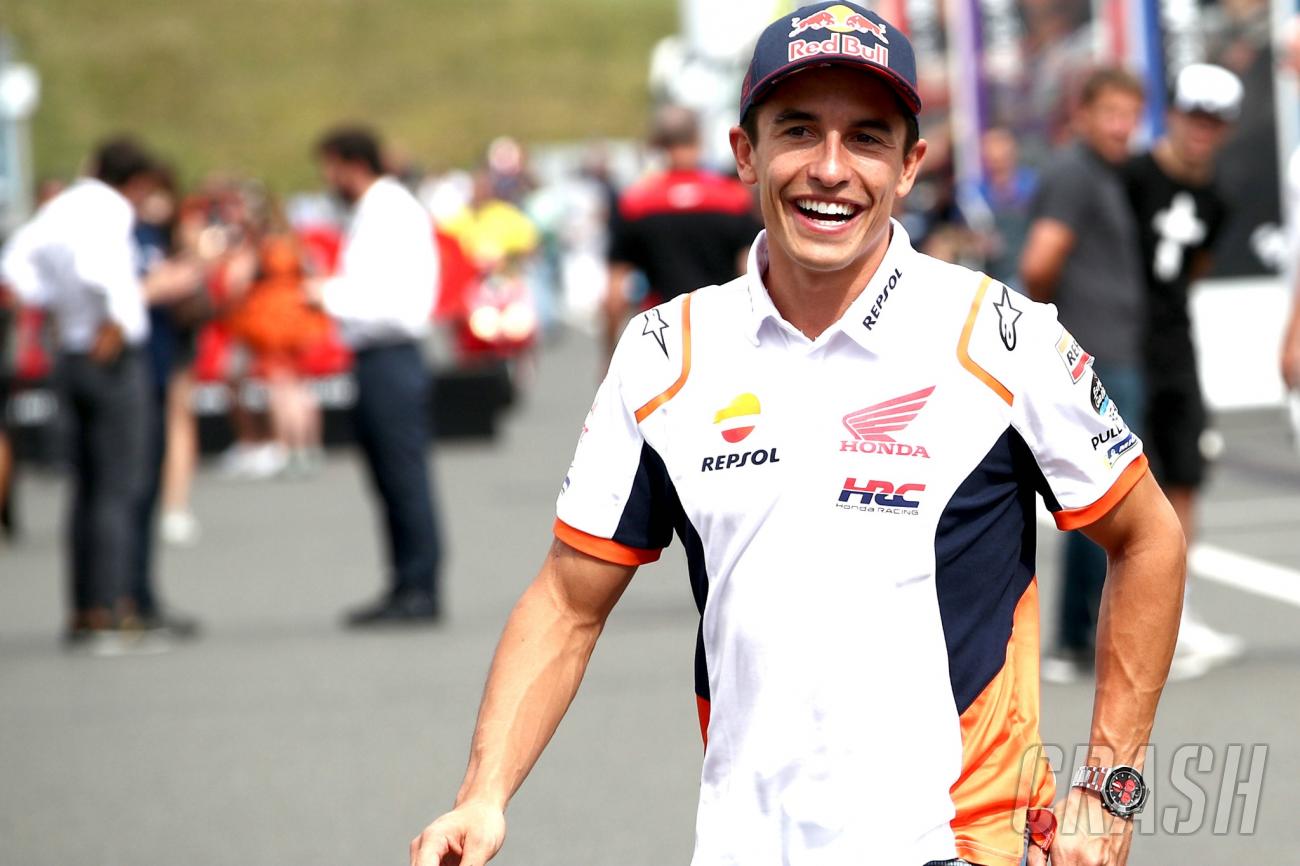 Last seen racing in MotoGP at the Italian Grand Prix in Mugello, Marquez will make his much anticipated return after nearly four months away from competitive action.

Marquez has been out of action since Mugello due to undergoing a fourth right arm surgery on the arm he injured in 2020 at Jerez.

Confirming the news that he will be back racing at one of his favourite circuits, Marquez said on his social media: “As you can see, I’m smiling, which means I’ll be at the Aragon GP. Racing, of course.

“After talking to the doctors and the team, we have decided that the best for my recovery is to continue on the bike, adding up kilometers for next year.

“Doing it in the Aragon GP in front of all the fans is priceless. I’m sure your support will help me go through the whole weekend. Looking forward to Friday and being on the bike.”

OFFICIAL!! Big smile today as I will be racing again this weekend at the Aragon GP Full gas!

Although he was beaten to victory at Aragon last season by Francesco Bagnaia in one of the battles of the year, Marquez is a five-time winner around Aragon in MotoGP – six-time winner at the Teruel circuit in total.

Earlier this week Marquez took to Aragon Karting circuit for another evaluation aboard a CBR600 before making the announcement.

Despite missing half the season, Marquez remains the highest placed Honda rider in the championship on 60 points – 14 more than Takaaki Nakagami who was confirmed for another season at LCR Honda earlier today.

In the midst of one of their worst seasons in MotoGP, the return of Marquez is much needed for Honda who have claimed just one podium this year which came in the hands of Pol Espargaro at the season-opener in Qatar.