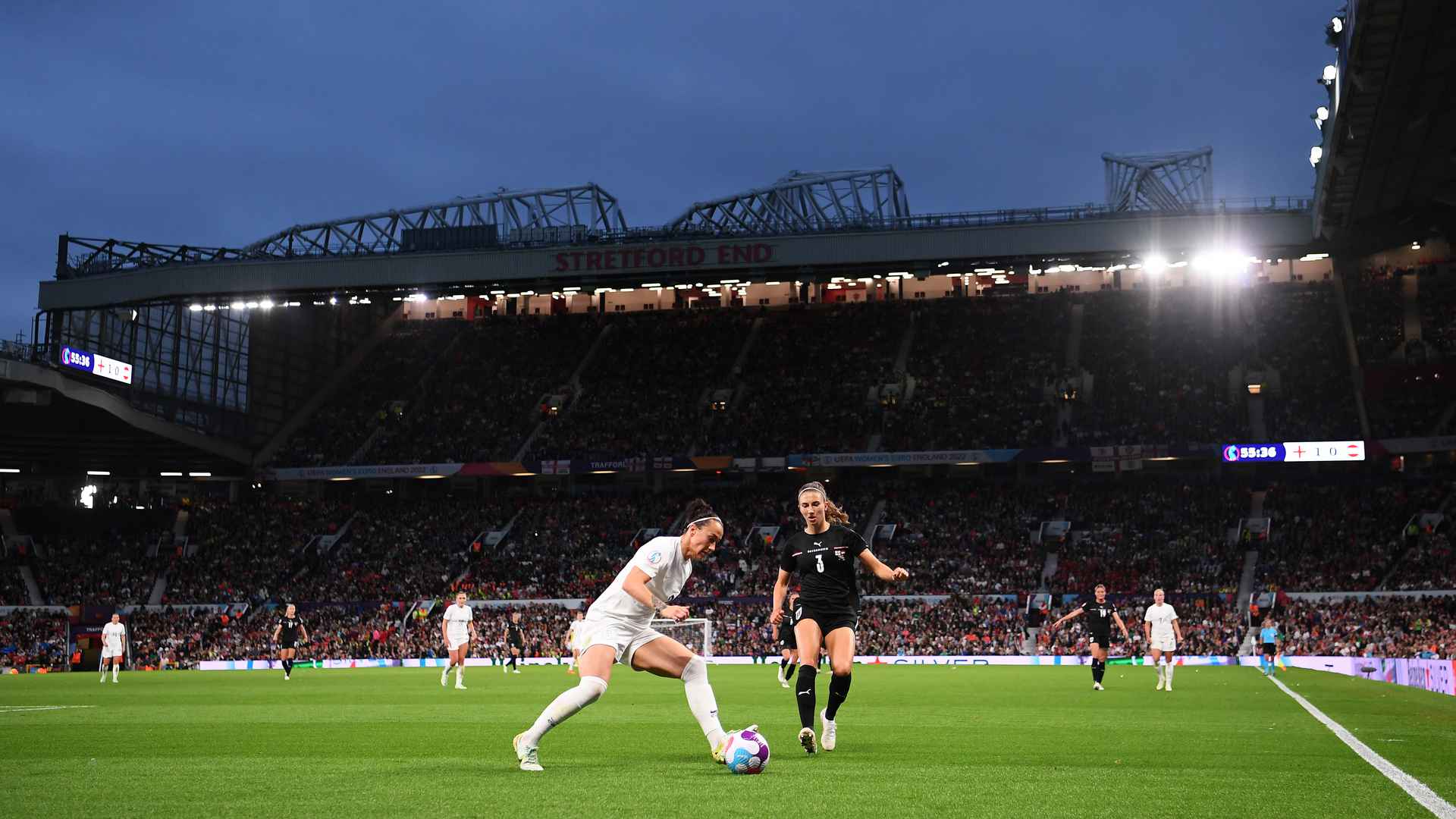 The tournament hosts triumphed 1-0 in front of a competition-high 68,871 supporters at the Theatre of Dreams, smashing the previous record of 41,301 from the 2013 final in Stockholm.

Our trio of Lionesses Mary Earps, Alessia Russo and Ella Toone, all featured as Sarina Wiegman’s side started their Group A campaign with three points, following Beth Mead’s first-half goal.

The game’s deciding strike came in front of the East Stand in the 16th minute, as Chelsea’s Fran Kirby found Mead, of Arsenal, who took the ball under control before lobbing the ball over the goalkeeper and the line.