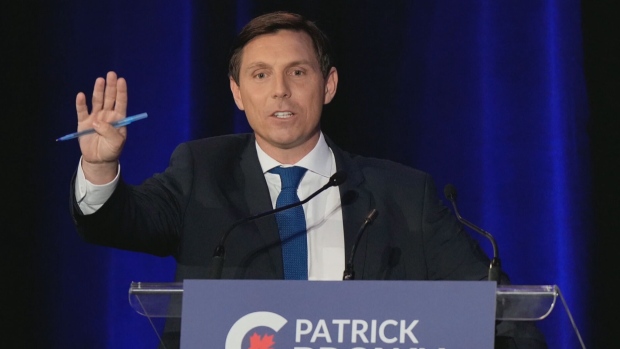 A former member of Patrick Brown Leadership Campaign is speaking out about what reportedly led to his disqualification earlier this week.

Debra (Debbie) Jodoin, in a statement from her legal counsel Thursday night, said she became “increasingly concerned” about a corporation contributing to Brown’s campaign.

Jodoin, who in April 2022 agreed to join Brown’s campaign as a regional organizer and worked for it from May to June 3, 2022, said Brown told her it was “permissible for me to be employed by a company as a consultant, and then for that company to have me volunteer with the campaign.”

“He connected me by text message with a third party for that purpose. I trusted him, but as time went on I became increasingly concerned with the arrangement and suspected it was not OK,” she said in a July 7 letter prepared by Jason Beitchman, of Loopstra Nixon LLP.

On Wednesday, Brown was disqualified from the race amid “serious allegations of wrongdoing” by his campaign that the party says appear to violate financing rules in the Canada Elections Act.

“Brown expressed surprise that the expenses had not been covered and said he was “on it”. Shortly after that, says Jodoin, “a corporation paid me and paid for my expenses, not the Brown campaign,” she alleged.

Jodoin, then contacted a lawyer and shared her concerns with the Conservative Party, Beitchman said.

“It was at her request that the Party made efforts to keep Ms. Jodoin’s identity confidential. She is a private citizen, not a public or political figure, and has many friends and colleagues in all campaigns. She did not wish to be in the middle of a political issue.”

“However, her primary interest is to ensure the integrity of the democratic process and that the Rule of Law is followed. On that basis she felt it was her obligation to raise her concerns, and leave it to others to determine what further steps should be taken, if any.”

Beitchman went on to day that his client “expressly rejects any suggestion that she was coerced or pressured by others to come forward and did so of her own volition.”

“Given that this matter is under appeal and that the Party has referred it to Elections Canada, I will be making no further comment,” Jodoin said.

Brown Campaign Spokesperson Chisholm Pothier said for weeks they “repeatedly asked for an opportunity to directly address any issue that the Conservative Party may have,” adding it is “unfortunate that we have learned of the details only through the media.”

“Once Ms. Jodoin provided information, it was the obligation of the Conservative Party to conduct themselves fairly and transparently. They have failed to do so and instead, chose to use this for other obvious purposes – those purposes have nothing to do with the integrity of the Party or a genuine desire to hear out our campaign,” said in a statement.

Pothier said sometimes in campaigns there are “issues relating to volunteers, organizers and lobbyists” but they’re “raised directly with the campaign and an opportunity to address and remediate the concerns is given.”

“Unfortunately, that didn’t happen in this case because of course that was not the goal. The goal was to disqualify Patrick Brown from the leadership race and narrow the field. That goal was unfortunately achieved to the detriment of many Canadians,” he charged.

Brown whose lawyers Marie Henein and Alex Smith, said their client has “engaged in absolutely no misconduct,” intends to appeal this decision.

“Your refusal to specify the allegations grounding your recommendation demonstrate this. He has refuted the paltry information you have provided and repeatedly asked for particulars,” Henein and Smith wrote in a July 6 letter to Chief Returning Officer Don Nightingale.

In a written statement, The Conservative Party of Canada’s Leadership Election Organizing Committee Chair Ian Brodie said they learned of allegations related to the financing rules in the Canada Elections Act.

“The information provided to date by the Patrick Brown campaign did not satisfy concerns about their compliance with our Rules and Procedures and/or the Canada Elections Act. The Chief Returning Officer has therefore recommended to LEOC that LEOC disqualify Patrick Brown and earlier tonight LEOC agreed to do so,” he said.

“Throughout the investigation into these allegations, the Chief Returning Officer and I have done our best to be fair to the Patrick Brown leadership campaign and provide them with the time they need to substantively refute these allegations,” Brodie said.

“Up until today, it was Patrick Brown suggesting that the party had done him wrong and that the Pierre Poilievre campaign was creating this issue and, you know, pointing fingers and trying to get him out of the race,” Capobianco told CP24.

“The Party was basically saying, ‘No, we’ve got proof. We’ve got allegations here that you’ve done something wrong and therefore being disqualified.’ What this whistleblower Debby Jodoin has basically has now injected herself in this to say ‘I’m the one that said this happened to and this became a problem and wanted to make sure that it became a public. So now, you’ve got this person whose now verifying what the party said, which was that somebody within the Patrick Brown campaign was the one that leaked the information. So, it’s a bit of a challenge now.”

Capobianco said, while this is an “internal party issue”, he believes this alleged “transgression” will likely be headed to the courts “at some point” as the Conservative Party of Canada has “challenged this to the Canada’s Elections Act.”

He noted that corporations are not permitted to contribute financially in any way to political campaigns.

“It becomes now an issue of (Jodoin’s) credibility and what she’s said and done in order to make this more of an issue for the Patrick Brown campaign,” he said.

“And I would imagine the (campaign) is probably saying ’This is not true. This wasn’t the case or Patrick didn’t know about this, which is what he’s been saying, but what she’s saying is that Patrick did know this and, in fact, there was text messages, according to her, between the two.”

In the end, Capobianco said he doesn’t want this to become a party-wide issue, but said it has “definitely tainted the race in some way.” He said he’s confident the team leading this race will “do right by the party” and “make sure this investigated, gets resolved.”

Conservative Party of Canada members will choose their next leader on September 10.