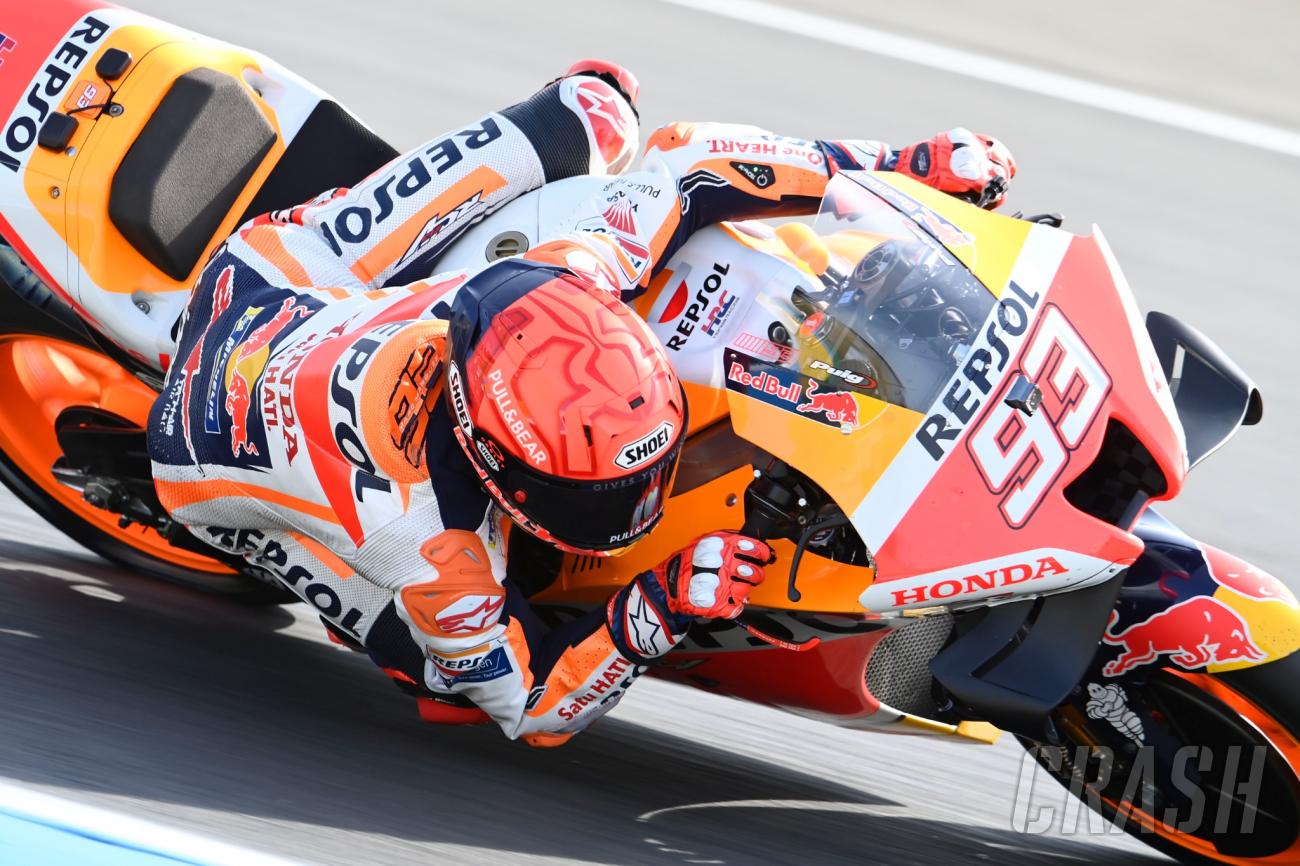 We’ve got all the latest news, the biggest talking points, the fiercest debates and the one and only Keith Huewen delivering his verdicts on every topic.

“They will have to make it tough on Suzuki or everyone will want to leave at some stage, or rearrange their contracts. So Sexit it is.

“You can be sure there’s a rock-solid contract [between Dorna and Suzuki], but it’s not in anybody’s interest to have a war over a contract.”

Jack Miller’s hilarious reaction to being asked if he will be replaced by Enea Bastianini: “I mean, put two and two together, he’s won three races this year and he’s doing a fantastic job, he’s Italian so it makes perfect sense.

“This little bas***d has done it more than twice,” joked Miller. “He’s done it plenty of times. He’s always strong at the end of the race, he’s got a good drive, he’s good on the tyres and he worked it well today.”

Huewen said: “Valentino, even going on 44 years of age, he’s made sure to have the right people around him to sharpen his edge and I can’t see where he’s going to stop.

“You adjust the series to your capabilities to some extent. When you’re really old you go classic racing, there’s so many great classic races to go to.

“Valentino doesn’t need money at all, he doesn’t need any more fame and he’s now with child. His family is now building and we’re in that situation where it’s just absolute burning passion that he has in his heart.”

What next for Mir and Rins?

The futures of Joan Mir and Alex Rins is a hot topic since Suzuki confirmed their intention to depart MotoGP.

“I think it changes not just for us, but for everyone,” said Repsol Honda boss Alberto Puig. “I mean, there will now be two more riders available.

“It’s completely unexpected but it’s as simple as that. Now there will be more riders and less bikes.

“Obviously, when these guys received the news, I think they contacted everyone and they contacted us also. They will ask, and of course, we will listen to what they have to say.”

If you ran a MotoGP team, which riders would you pick…

The opportunities are limitless!

Consider all the facts, make your argument, then watch our video to hear an even better claim!