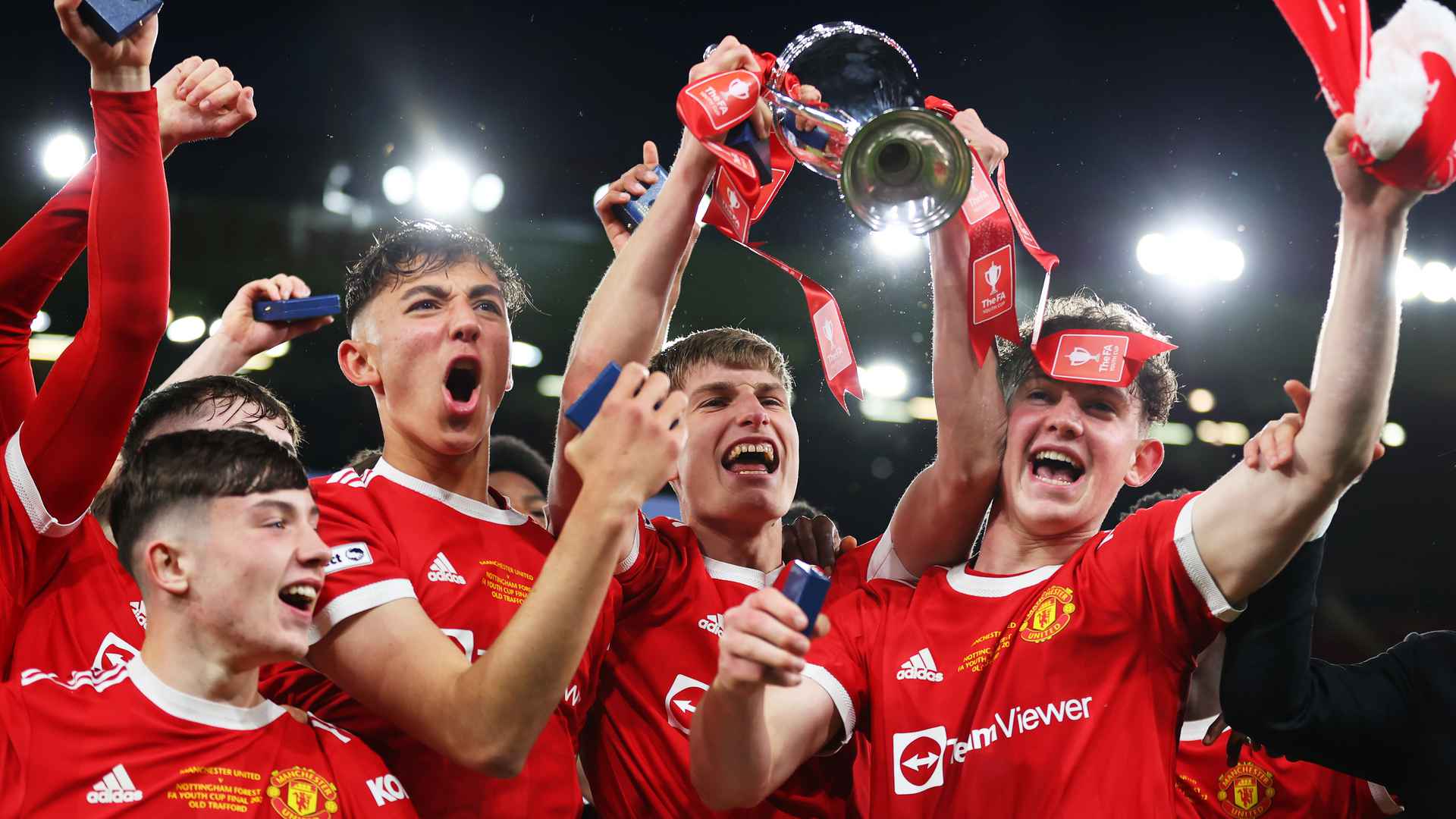 The crowd was so big for several reasons: the £1 tickets, the excitement at a new generation of talented young Reds, but also perhaps the relative lack of success for the first team this year, as Duncker pointed out.

“The fans were still there about 20 minutes after as well,” she recalled.

“They’ve not really had much at Old Trafford to get excited about this season so for them all to be there and for the lads as well to have that opportunity, I think they were singing ‘Viva Garnacho’ to him [double goalscorer Alejandro Garnacho], an Argentina flag round his shoulders, and he was absolutely loving it. It was a great way to end the season.”

As an occasion, it really was special. Nick Cox, head of Academy, wrote an open letter to supporters the morning after the game to explain his gratitude for their role in the final.

Further to that, winning the Youth Cup is not the only sign of success for an Academy, but it certainly is a sign of a talented and confident side.

“There’s a stat going around that says of all the teams that have won the Youth Cup before, at least one player has gone on to make over 50 first-team appearances so that bodes well for at least one of them, you’d like to think,” Charlotte said.