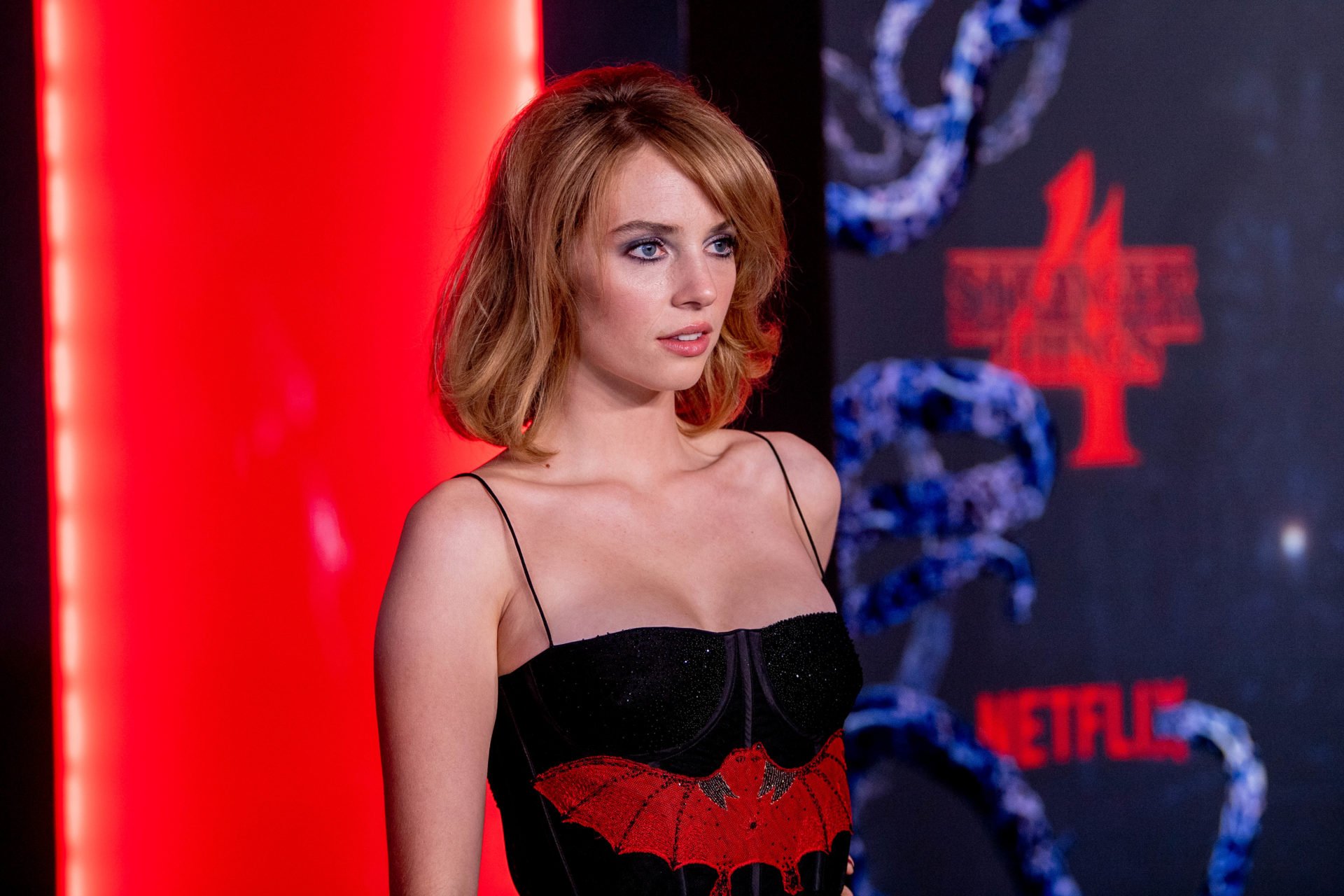 Happy Birthday, Maya Hawke! In celebration of the rising star’s 24th birthday, we are going to have a simple look-back at Maya’s career and how she’s been stratospherically ascending to mega-stardom.

Maya was born into the industry as the first child of Uma Thurman and Ethan Hawke. But she’s not living off her famous parents and has found fame in her own right by flexing her acting muscles to build up a very respectable career.

Maya Hawke first debuted in BBC’s adaptation of Little Women, which gained her certain levels of popularity. After starring in some Hollywood films, Maya made a breakthrough by playing Robin in Season 3 of Stranger Things. We can’t wait to see her future outstanding performances.

Little Women was the starting point

Maya’s parents, Ethan Hawke and Uma Thurman, didn’t actually approve of her being an actress over concerns about “the public life side of acting and the difficulties of that”. To discourage her, they refused to let Maya “do any bit-parts in their movies”. Luckily, Ethan and Uma quickly changed their minds as Maya grew older.

Before becoming an actress, Maya was a model and campaigned for AllSaints and Calvin Klein. In 2017, She received her first role and played Jo March in the BBC adaptation of Little Women. Shooting Little Women taught Maya a lot and earned her friendships, and she describes it as a “life-changing positive experience”.

Stranger Things was the game-changer

We cannot bring up our birthday girl without mentioning Stranger Things. Maya played joined the cast of Stranger Things for season 3 in 2019, playing Robin Buckley.

The then-22-year-old actress’ fantastic performance deeply impressed her fans, and made Robin one of the most likeable characters in Stranger Things, bringing her rocketing popularity in return.

Maya’s super proud dad is among her fans! In an Instagram post, he wrote: “Ladies & Gentlemen, get to know MAYA HAWKE” and called Maya “the real thing” as he praised her.

Hollywood journey: to be continued

Maya is starting to collect film roles too! She played Linda Kasabian in Once Upon a Time in Hollywood, directed by Quentin Tarantino. And from 2020 to 2021, she played Frankie in Mainstream and Heather Watkins in Netflix’s horror film series, Fear Street.

In 2022, Maya was cast in Bradley Cooper’s biographical film about Leonard Bernstein, Maestro. In May, Maya played a part in The Kill Room, with her mum, Uma Thurman.

And it’s clear this is just the beginning!

In other news, How many episodes are in Only Murders in the Building season 2?