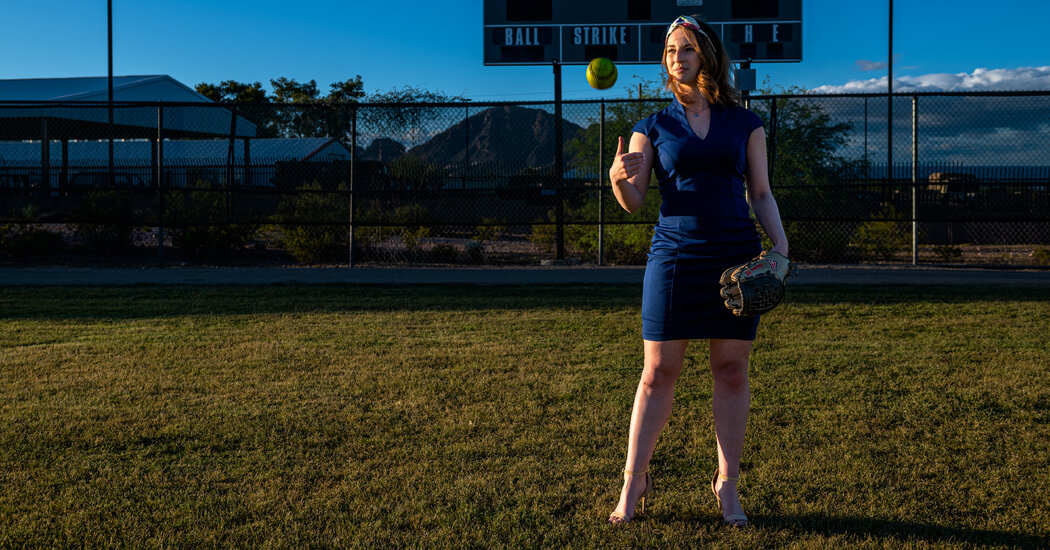 Tamara Statman may have had a student ID card during her four years playing softball at the University of Arizona, but she sometimes wondered if it should have read “Employee” instead.

If practice times conflicted with classes Statman and her teammates wanted to take, practice always took precedence, discouraging some students from pursuing their intended majors. Some athletes waited until after they had graduated, or had exhausted their N.C.A.A. eligibility, to pursue internships or summer jobs. Some, like Statman, who worked for a food delivery service, shouldered odd jobs late into nights to help pay for food, rent and utilities.

“There are some that leave college with not a lot of money, possibly injured, and without any direction on what to do next,” said Statman, 24, an educator now known by her married name, Tamara Schoen, and the author of a guidebook for aspiring collegiate athletes. “Being a college athlete does not automatically mean you have a scholarship,” she added, “but you’re obviously expected to put the same amount, or more, work in. Call it what it is — a job — and they may be able to accept easily not being in their study track of choice.”

Her experiences made such an indelible impression on her that they led her to recently join the newest — and biggest — group of plaintiffs in a case that could upend college sports.

Filed in 2019 by Trey Johnson, a former Villanova University football player, the lawsuit accuses the N.C.A.A. and some of its member colleges of violating federal minimum-wage laws by refusing to pay athletes like employees. And, to the surprise of some legal experts, the case has gained considerable momentum since last summer, thanks to favorable rulings by the federal judge presiding over the case and seismic changes in college athletics.

In June, the Supreme Court unanimously ruled in N.C.A.A. v. Alston that student-athletes could not be barred from receiving relatively modest payments related to education. Not long afterward, the N.C.A.A., facing pressure from state legislatures, did not stop athletes from beginning to make money from their fame under new name, image and likeness rules.

In August, Judge John R. Padova of the United States District Court for the Eastern District of Pennsylvania denied the N.C.A.A.’s motion to dismiss the Johnson case. Citing the Alston decision, Judge Padova said it was plausible that athletes could be viewed as employees under the Fair Labor Standards Act.

Then, in September, the top lawyer for the National Labor Relations Board wrote in a memo that athletes at private universities should be viewed as employees, and allowed to unionize and seek protection from retaliation.

Sarah K. Wake, a lawyer who has served on the N.C.A.A. Division I Committee on Infractions and has worked on Title IX and athletics issues at three Midwestern universities, described the events as “a summer of discontent” for the N.C.A.A.

“All these things are happening in reaction to the way in which student-athletes have been treated,” said Wake, now a partner specializing in employment and education issues at McGuireWoods in Chicago and a co-author of “Student Athletes: The Times They Are A-Changin’,” a recent paper published by the National Association of College and University Attorneys. “It’s a group of people who, for a long time, felt that they have not been heard.”

While the N.C.A.A. has relented on some issues, like athletes being able to benefit from their names, images and likenesses, it has insisted that players not be classified as employees, and the Johnson case strikes at the heart of that demand.

An N.C.A.A. spokeswoman declined to comment. But in court filings, the N.C.A.A. has cited the federal Department of Labor’s handbook, as well as legal precedent, in arguing that students are amateurs. The association has also contended that it regulates college sports, and does not employ the students who participate in extracurricular activities.

Fourteen former Division I athletes have now signed on as plaintiffs. Some spoke publicly for the first time in interviews with The New York Times.

“All of these kids are working for the school, providing value to the school even if the sports aren’t revenue-producing,” said Renan F. Varghese, a lawyer at Wigdor LLP who represents the plaintiffs. “It’s a very unfair bargaining position, and all this case is trying to do is even the odds, just a little bit, for everybody.”

In their affidavits, the plaintiffs detailed their daily workouts, meetings, film sessions, travel arrangements and game schedules as requirements for their employment.

In an interview, Johnson, the lead plaintiff, described playing football and taking classes as “working two full-time jobs.” He wanted to study physics, and several science and quantitative classes began as early as 8:30 a.m. But he was told bluntly that he couldn’t take any classes before 11:30 a.m., in order to avoid conflicts with football workouts. So, he majored in communications and minored in economics.

“I think everyone deserves a certain amount of control over their lives,” said Johnson, who is now a financial representative for a Tampa, Fla., financial planning firm. “Everything was just preplanned for us. I think that that doesn’t benefit us ultimately in the long run.”

He added that he has heard frequently from athletes offering support for the lawsuit. “I’m definitely super blessed to be put in this position. And I know when you want to do something important, it takes time.”

One month after Johnson, represented by Paul L. McDonald, a Philadelphia lawyer, filed his lawsuit in November 2019, five former athletes joined the case, including tennis players from Sacred Heart University and Lafayette College; a Fordham University swimmer and baseball player; and a Cornell University soccer player.

Eight more, including Statman, a Tulane University linebacker, and a Duke University pole-vaulter, joined in September 2021.

“I had little say-so in what classes I took,” said one plaintiff, who spoke on the condition of anonymity to avoid running afoul of a workplace policy. “They knew which professors worked with players, or the easiest way for us to get through college and remain eligible.”

The case has reached a critical stage: unexpectedly, Judge Padova essentially paused the case in December, at the request of the defendants, so the United States Court of Appeals for the Third Circuit in Philadelphia could weigh in.

“If the appellate court agrees with the district court that college athletes can be seen as employees — or even if they agree and, say, narrow it down to just football and basketball players — that will be a huge deal,” said Sam C. Ehrlich, a management professor at Boise State University who has written about college athletes and the Fair Labor Standards Act.

The first set of briefs, from the schools and the N.C.A.A., is due on May 31, and a decision is not expected until later this year at the earliest. Ehrlich, a former sports agent consultant and immigration lawyer, expects the losing side to try to appeal to the Supreme Court.

But the cumulative impact of these dizzying developments is already resonating.

In February, the National College Players Association, an advocacy group, petitioned the N.L.R.B. in California, accusing the University of Southern California, U.C.L.A., the Pac-12 Conference and the N.C.A.A. of having engaged in unfair labor practices.

Legislators in several states, including Iowa and New York, are pushing to classify student-athletes as employees, Wake said during a recent webinar sponsored by the LEAD1 Association, which represents the athletic directors of the 130-member Football Bowl Subdivision. Most athletic directors, a LEAD1 survey found, are “highly concerned” about the effect of that classification on “possible corresponding benefits and protections such as the rights to organize, strike, overtime pay, minimum wage, health and safety protections, and more.”

During a recent meeting organized by the Aspen Institute, Bob Bowlsby, the departing commissioner of the Big 12 Conference, predicted “stress in the system” if employee status were granted to athletes, and said that most Olympic sports would be eliminated — first men’s, then women’s — because of revenue pressures.

He also bemoaned that he had “never seen such a litigious environment.”

“People who are otherwise measured, thoughtful, insightful individuals lose their minds around college athletes,” he said. “It’s not a healthy trend.”