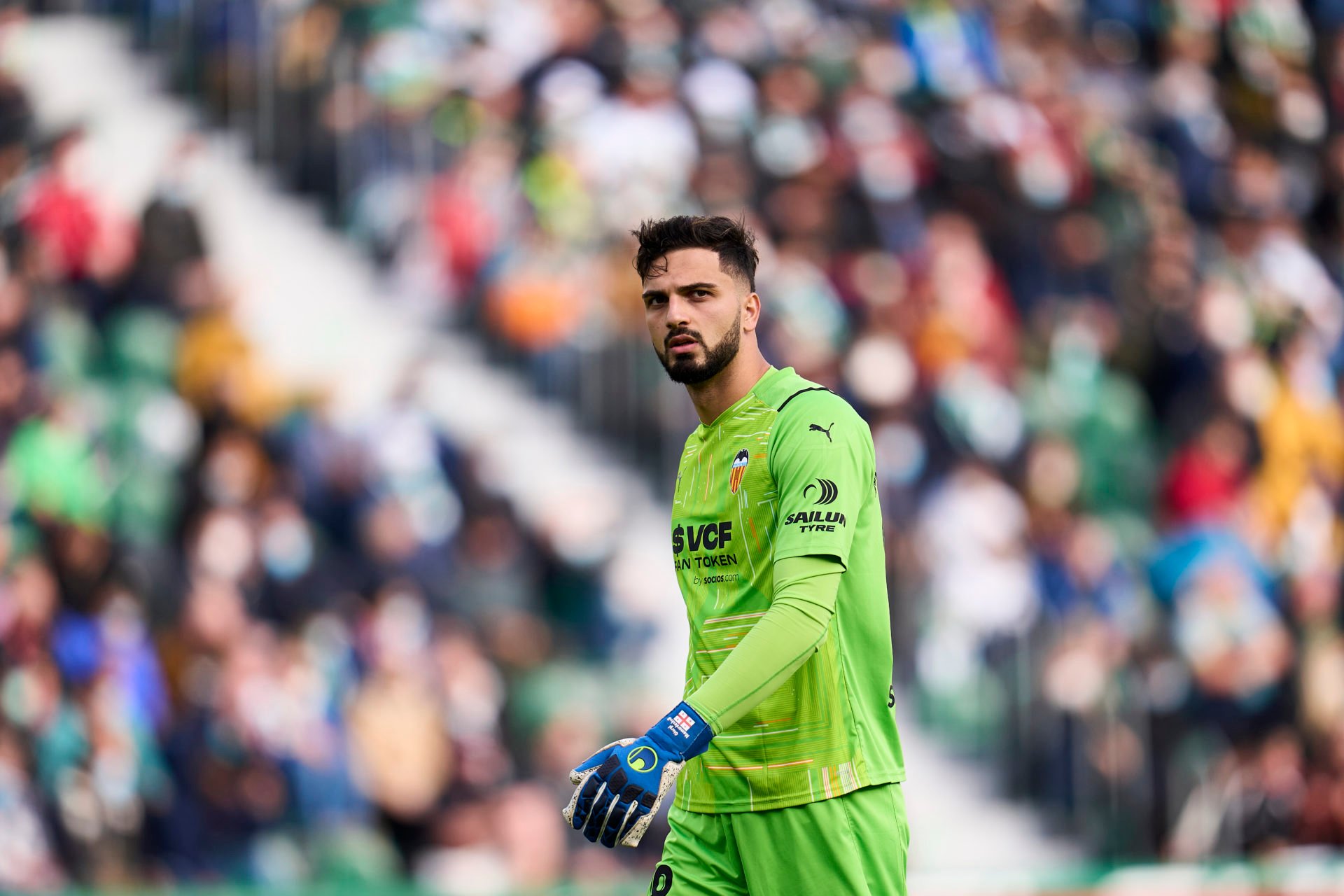 Mamardashvili, 21, has since played 21 times for Valencia, keeping nine clean sheets and conceding just 22 goals. An impressive record that has not gone unnoticed in the Premier League. Manchester United are looking.

But Erik Ten Hag’s new side are not alone. Now, Tottenham are also interested in the 6ft 5in goalkeeper, who has a contract until the summer of 2024. Spurs do need a long-term replacement for Hugo Lloris.

The France skipper turns 36 in December and while he has a contract until 2024, he is getting on. Spurs will need to start looking at a replacement and Mamardashvili has emerged as a contender – but United are rivals.

Tottenham in race to sign Mamardashvili: The right move?

It is a good move for Mamardashvili, but only if he is instantly loaned back to Valencia. There is a good relationship between the two sides, after Bryan Gil joined the La Liga club in January – where he has starred for in 21-22.

Tottenham are about to announce the signing of Fraser Forster. So, realistically, Mamardashvili would be third choice. Spurs do not need him now, but they might need him in a year or two.

So, signing him makes sense – but so does loaning him back to Valencia for at least the 2022-23 campaign. If Spurs and Valencia can come to that agreement, then a deal makes sense. But he is not needed right now.

In other news, Tottenham are going to pay £98,000-a-week to their new signing