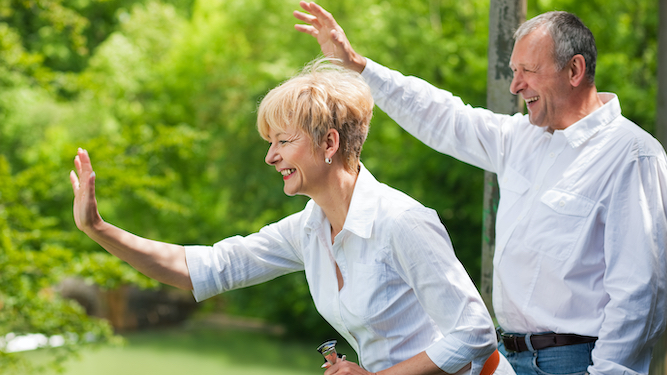 WE might ignore each other on trains, but we will cheer with wild abandon when a stranger drops a glass. Here are some of the other weird things Brits love to do:

No other nationality in the world cares quite so much about their bins. We will f**k up anyone who tries to move ours without permission and are so strangely possessive of them that we paint huge numbers on the sides to mark our territory. We’d probably piss on them like dogs too, if it wouldn’t get us arrested.

Wave at people on boats

There’s absolutely no reason for a grown adult to be delighted by a boat. Yet many of us will happily take a second out from being a miserable bastard to maniacally wave at people on a slightly unusual form of transport, and be absolutely thrilled if they see us and wave back.

Going for a bog-standard night out? Cheeky! Having a biscuit? Naughty! Entering a relationship? Oh, you dirty dog. We love to consider any normal activity in our bland little lives a hilarious act of deviance. And as for genuine acts of deviance? We blithely ignore those, especially if committed by an MP.

There’s nothing more British than celebrating a minor mistake with the kind of cheer usually reserved for England getting through to the second round of the Euros before inevitably being knocked out. We think the failure of others is beautiful and couldn’t possibly let it go unnoticed, even though we detest anyone pointing it out when we f**k up ourselves.

Say hello to everyone on country walks

Brits have long mastered the art of politely ignoring each other. But in the great outdoors we feel obliged to bob our heads and say some mundane pleasantry to anyone passing us, as if we were simple rural folk on the way to help with the harvest, rather than city dwellers trudging back to the National Trust car park to get in our massive SUVs.