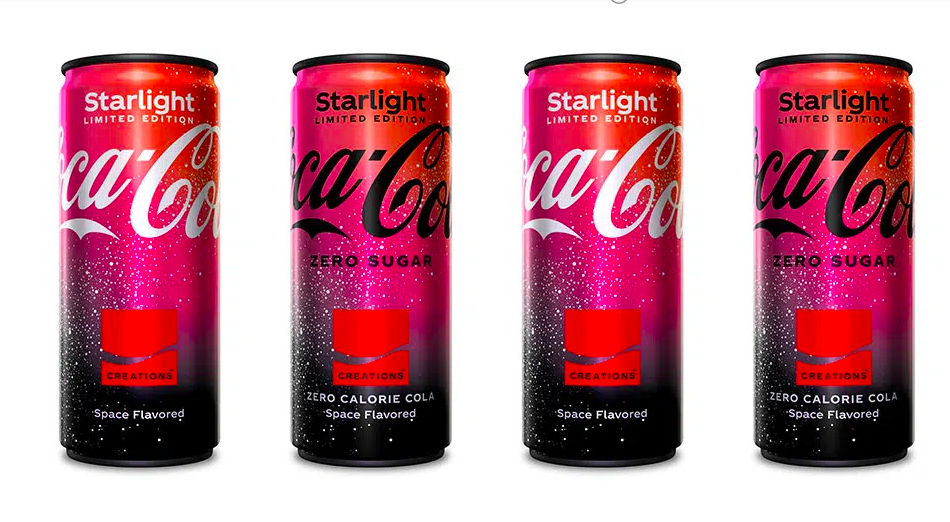 Over a century after The Coca-Cola Company launched in 1892, cola still remains the world’s most popular soft drink.

Coca-Cola’s Classic, Diet, Zero, Vanilla and Cherry flavours have a permanent place on the world’s store shelves, but the company is always coming up with new and exciting editions too.

The latest one is called ‘Intergalactic’, but what flavour actually is it? Here’s what the space-themed drink really tastes like…

The drink, which is said to ‘taste like space’, launched in the UK in April and is available in shops for a limited time.

It’s the same drink as the company’s ‘Starlight’ flavour which launched in America in February, it just has a different name in the UK.

Both products are part of a new series of limited edition drinks and experiences called Coca‑Cola Creations which aims to:

Coca-Cola worked hard to try and “create the taste of space,” taking inspiration from the fact that Coca‑Cola was one of the first soft drinks consumed in outer space in 1985.

“Now, more than 36 years later, the brand is bringing the magic of outer space down to earth for a limited time via the launch of an intergalactic flavor and galaxy of immersive, other-worldly digital experiences,” they said.

So, what does space actually taste like? Well, the drink is red in colour and contains carrot and blackberry in the ingredients as well as carbonated water, acid, colour, sweeteners and caffeine flavouring.

However, many think the drink has a sweet taste, like popcorn, candy floss or cream soda.

“Inspired by the infinite possibilities of space, Coca‑Cola Starlight fuses signature Coca‑Cola taste with unexpected touches, including a reddish hue and cooling taste sensation evoking the feeling of a journey to space,” Coca-Cola said.

The only real way to know what it tastes like is to try it for yourself. Coca-Cola ‘Intergalactic’ is available in stores across the UK in 250ml cans that retail for 77p.

Scan the QR code for a surprise

If you manage to get your hands on the limited edition drink, don’t forget to scan the QR code on the can.

Coca-Cola has partnered with singer Ava Max who has recorded an exclusive AR “Concert on a Coca‑Cola” experience which can be accessed by scanning the QR code.

The 28-year-old sings three of her biggest hits Kings & Queens, Sweet But Psycho and EveryTime I Cry in the virtual concert which can also be watched online from April 25th.