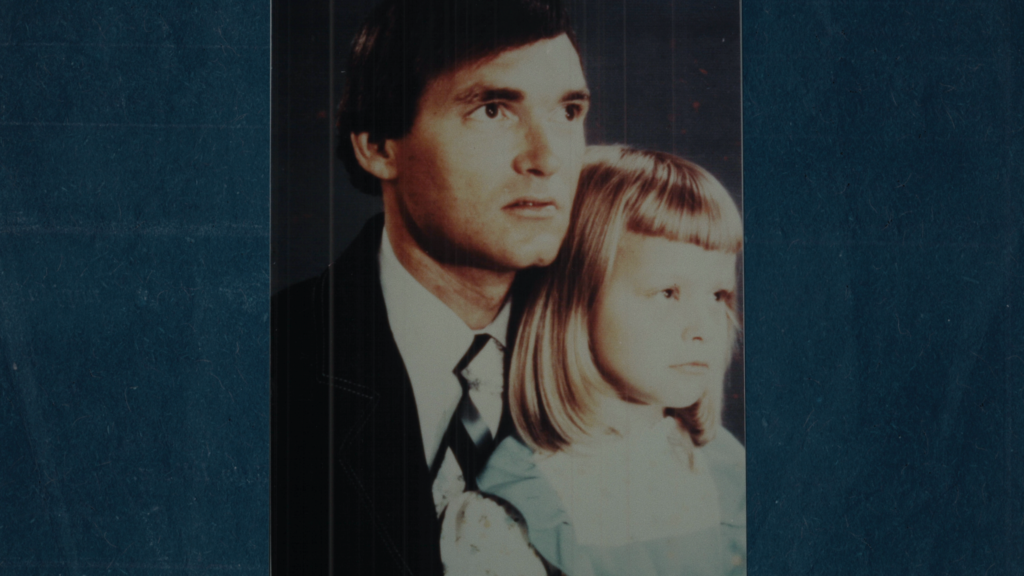 Netflix’s new true-crime documentary The Girl in the Picture has finally dropped, but now everyone wants to know who is Suzanne Sevakis and what happened to her?

Warning: Spoilers ahead for The Girl in the Picture

The new doc follows the story of a decades-old mystery surrounding the tragic death of ‘Sharon Marshall’ aka Tonya Hughes – who died in a hit-and-run back in 1990 just before her 21st birthday. But, as with any good Netflix true-crime doc, that isn’t even the tip of the iceberg to this strange tale.

The woman in The Girl in the Picture

After viewers are introduced to Tonya/Sharon they’re also introduced to a man claiming to be her husband and the father of her two-year-old son, Michael Hughes.

However, it’s then revealed Michael isn’t who he said he is, he was actually a man named Warren Marshall and Tonya was revealed to be his daughter, Sharon.

Things take even more of a twist from there even Sharon didn’t turn out to be this woman’s true identity as she was positively identified as ‘Suzanne Sevakis’ in 2014 and Warren Marshall wasn’t even ‘Warren Marshall’ but actually fugitive Franklin Delano Floyd.

Who was Suzanne Marie Sevakis?

It’s explained in the documentary Suzanne was the daughter of Sandi Chipman and Cliff Sevakis – high school sweethearts who got married.

Suzanne was one of four children – she had three siblings, two sisters, Alison and Amy, and a younger brother Phillip, also known as ‘Stevie’.

In the documentary, her mother recalled she met Franklin in the 1970s when he was going under the alias Brandon Williams during which time he promised to help her and raise her children. However, things took a sinister turn when Sandi returned home from serving time in prison, for writing a ‘bad cheque’, to find Franklin had taken her children and run.

Sandi found her two daughters, Alison and Amy, in the care of a local church but Phillip and Suzanne were nowhere to be found.

Phillip remained a missing person until 2019 when he came forward and a DNA test confirmed his identity, as he was also left by Franklin, but Suzanne wasn’t as fortunate as her siblings.

‘Tonya’ and ‘Clarence’ were legally married that year and Suzanne had two children – a daughter, Megan Dufresne, who came forward when a journalist, Matt Birkbeck, investigated the case in 2004 and wrote his international bestseller, A Beautiful Child, based on his findings, and a son, Michael Hughes.

Megan is still alive today, however, Michael was kidnapped by Franklin in 1994 and he’s never been found. Franklin allegedly told FBI agents he shot the boy in the head the same day he was kidnapped and even revealed where he buried the body, but his remains were never recovered.

In the documentary her school friends spoke kindly of Suzanne, saying she was ‘caring’ and ‘funny’, but also said she had a troubling home life as her ‘father’ was ‘unusual’ and ‘strict’.

During the documentary interviews a friend, Jenna Fisher, recalled her one time spending the night at ‘Sharon’s’ home that ended in tragedy for both teenagers as Frankling walked into the room the girls were staying in, gun in hand.

She said: “He still had the gun and he ordered me to lay down on the floor, on a sleeping bag and put a pillow over my head. And I did. And he raped her at gunpoint. And I was in the room. And we didn’t talk after that. He got up and left and I just laid there. The next morning she came over and gave me a big hug and she said ‘Daddy’s just like that. I’m ok, you’re ok, let’s just go.’”

“I never said a word to anybody because I was scared. It’s hard because through the years this has been the most painful thing in my life,” she added.

Despite this, she was accepted into university but was unable to attend due to her pregnancy. Then it’s revealed Suzanne was forced by Franklin to work as an exotic dancer – and he even encouraged her to charge men for sex.

Suzanne was ultimately killed in a hit-and-run and despite suspicions all around Franklin, he was never charged with her death.

In other news, Fans are wondering why The Terminal List is literally so dark