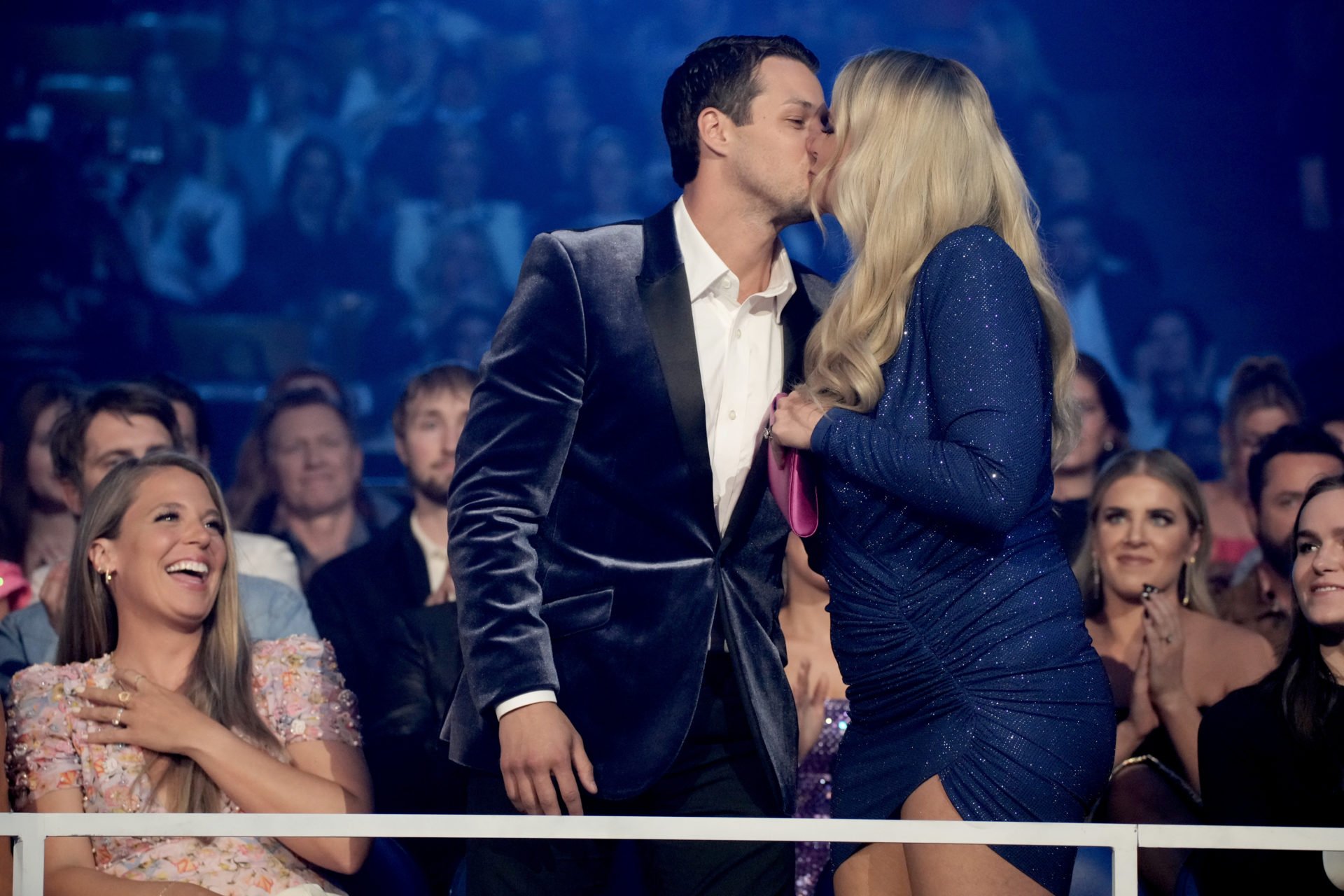 Country singer Miranda Lambert is the talk of the internet after the CMT Awards 2022.

The 38-year-old won Female Video of the Year for her track If I Was a Cowboy at the ceremony on Monday night.

She wowed fans in a revealing blue glittery mini dress at the Municipal Auditorium in downtown Nashville.

Following the ceremony, fans are now speculating that the star is pregnant, but why? Read on to find out…

To public knowledge, Miranda Lambert is not pregnant in April 2022.

The singer hasn’t made any official announcements, fans are merely speculating that she is expecting with no real reason.

Miranda doesn’t have a visible bump, but some fans are convinced she is pregnant due to some comments an insider made a few months ago.

In February 2022, a source told Us Weekly that Miranda and her husband Brendan McLoughlin are trying for a baby.

“[Miranda] has recently started trying to get pregnant. She and Brendan decided after their third wedding anniversary, they would start trying,” the insider said.

They added that “Miranda is thrilled and Brendan has always wanted to [have kids with her].”

Miranda and Brendan have not confirmed whether this is true, but fans are now speculating that the pair are expecting after they attended the country music awards together.

The pair kissed on stage and seemed closer than ever, leaving many convinced that a baby could be on the way.

They met when the singer was on Good Morning America where Brendan was working as security.

“My husband was doing security there for the show. My girlfriends, the Annies, saw him and knew I might be ready to hang out with someone. They invited him to our show behind my back,” she told the New York Times.

The pair married three months later in February 2019 and do not have any children together yet. However, Brendan has one son from a previous relationship called Landon.

Despite not being famous in his own right, Brendan has a surprising 114,000 followers on Instagram where he often posts photos with his wife.