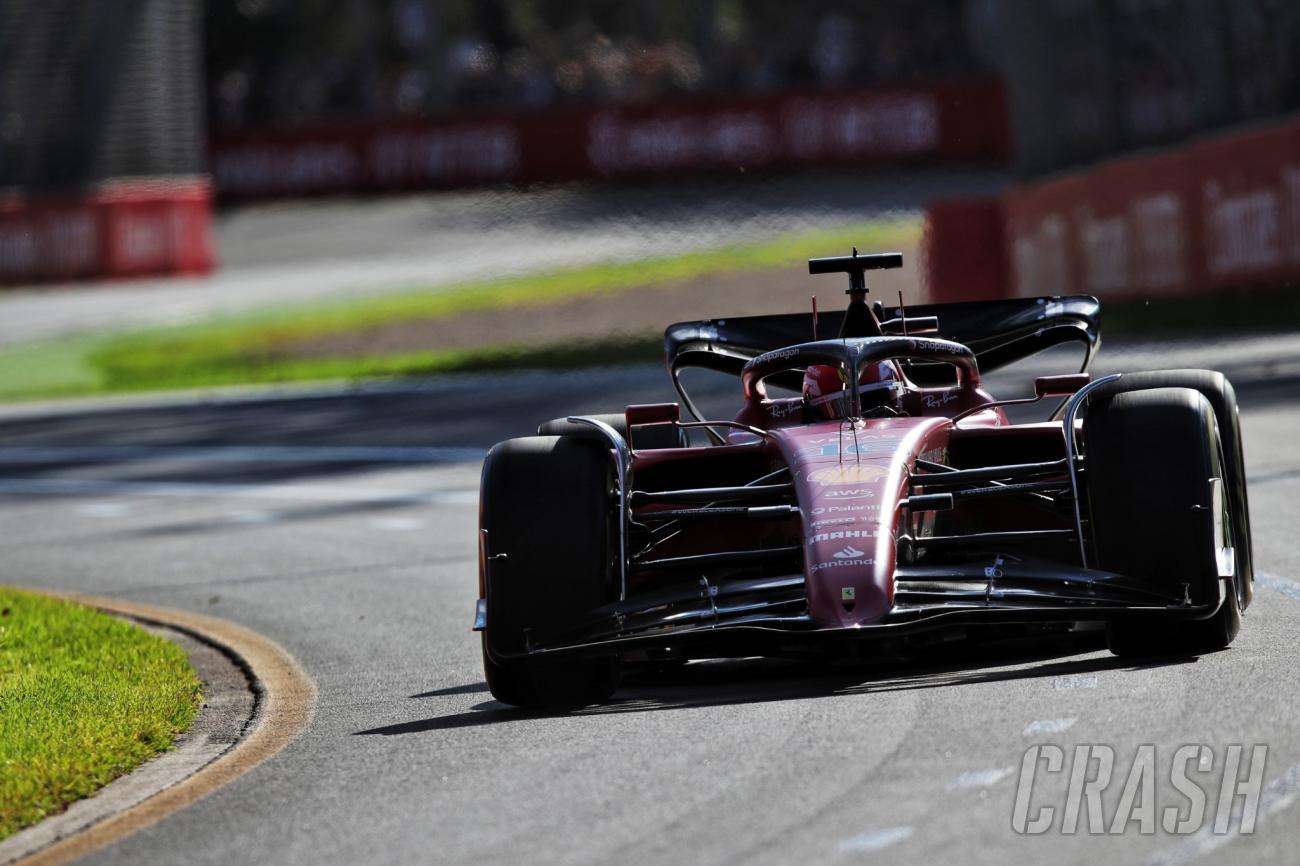 Charles Leclerc has won two of the opening three races of the season, with his latest win at the Australian Grand Prix the most dominant so far.

Leclerc controlled the race from the front and beat Red Bull’s Sergio Perez by over 20 seconds to move 34 points clear of George Russell in the drivers’ championship.

The Monegasque’s points tally alone is enough to put him ahead of Mercedes and Red Bull in the constructors’ championship, further evidence of Leclerc and Ferrari’s storming start to the season.

After two win-less years, Ferrari put most of its efforts into this year’s car with entirely new regulations and an engine freeze giving every team in the F1 paddock the perfect opportunity to be the sport’s new frontrunners.

Speaking after Leclerc’s dominant win in Melbourne, Binotto conceded that he wasn’t expecting such a strong start to the year.

“Yes, certainly surprised,” he said. “I think we worked hard and put a lot of priority on the 2022 [car]. I knew that the team was a great team and we improved ourselves compared to the past seasons and was hoping to have a competitive car at the start of the season.

“When coming to the winter testing, we knew we had a competitive car but certainly I wasn’t expecting such a good start to the season, I think it would be unfair to think that. I still believe that the difference between us and the others can be very little.”

Ferrari isn’t in a rush to introduce upgrades

The Scuderia has opted against introducing major upgrades in the opening trio of races with it currently content with the performance level of the F1-75.

Ferrari has wanted to optimise its current package before adding new parts to the car.

With F1 heading to Europe for the first time next time out, Imola, in theory, could be the right time to introduce performance updates.

However, with the race at Imola a sprint weekend – one practice session ahead of qualifying – Binotto feels there wouldn’t be enough time in one 60-minute practice session to evaluate any new upgrades and thus they will likely come at a later date.

“I think it will be a difficult weekend in the respect of bringing updates and trying to evaluate them in the Friday practice because obviously, you need to focus yourself on the quali in the afternoon,” Binotto added.

“If we look at ourselves, there will not be much in Imola because again we believe it will not be the right place. We try to mitigate the issues we have seen so far, the proposing and the bouncing that has affected our performance at the weekend.

“Again, we will try to work on that specific point but for the upgrades, and more let me say significant ones, it will be for later on in the season.”

Will reliability put the title in Ferrari’s favour?

Ferrari has enjoyed impressive reliability so far in 2022 with Sainz’s retirement in Australia (driver error) the only blemish on its record.

Its ability to finish races has allowed Leclerc to open up a significant gap over reigning F1 champion Max Verstappen, who has retired from two of the opening three races.

Similarly, Red Bull’s poor reliability – despite having a quicker car than Mercedes – has left it behind the eight-time champions in the constructors’ championship.

“We know that it may happen to ourselves, not to finish races, that’s part of the job, of the game. It’s something which we are always keeping very high in the priority. At the end of the championship, will that be a key factor?

“Certainly, it will be as the overall performance is a key factor. I think all the elements need to be in place, hopefully in place to win a championship.”