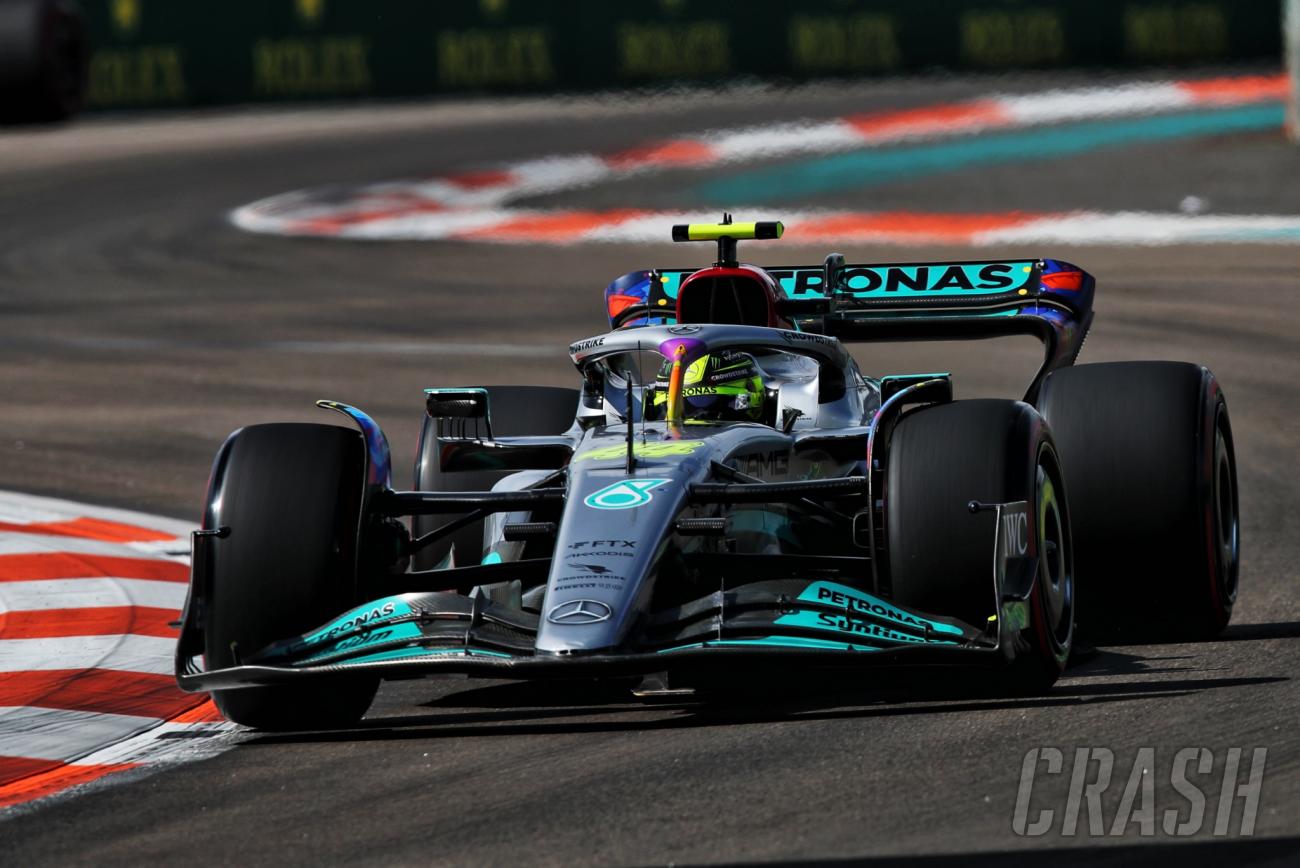 Last chance saloon for the W13

The F1 Spanish Grand Prix could be the last chance for Mercedes to salvage the W13.

After the Miami Grand Prix, Mercedes boss Toto Wolff refused to discount giving up on their current car concept but wanted to see how Barcelona plays out before making any drastic decisions.

“We are still committed to the current concept and we need to be, because if we don’t believe and we give the other one a 50 per cent chance, then you better switch now,” Wolff said.

“And that is a question you can only respond to yourself, which I would be asking ourselves, to get an answer after Barcelona, because that’s the real correlation we have. And by then, we’ve got to look at ourselves in the mirror and say: ‘did we get it wrong or not?’”

Mercedes debuted their W13 back in the Barcelona test in February, wowing the F1 paddock with their innovative no sidepod concept.

Mercedes hope to use the data they’ve gathered this season to see whether they’ve actually improved since February when pre-season took place.

It’s a crucial weekend for Mercedes as they continue to look to find answers about whether their season can be saved.

Another uncompetitive showing from the eight-time champions could spell the end of the W13’s current car concept and thus making this year a potential right-off in terms of competing with Ferrari or Red Bull.

On the other hand, Mercedes could find the answers they need, with the introduction of some new upgrades, to get their season back on track.

It’s a big weekend for Mercedes.

The Spanish GP comes at a welcome time for Ferrari after their latest defeats to Red Bull in Imola and Miami.

While Red Bull has thrown more upgrades at their 2022 challenger, Ferrari were happy with their car and weren’t in a rush to develop the SF-75.

With Red Bull now the team to beat, particularly on race day, Ferrari have to respond with an upgrade of their own to tip the tide in the Italian team’s favour.

“I hope because there is a budget cap that at some stage Red Bull will stop developing, otherwise I would not understand how they can do that – but let’s see in the next races,” Binotto said after the Miami GP. “It could be at least our turn to try to develop as much as we can the car by introducing upgrades, and I think it’s not a surprise that we may have a package in Barcelona, which will be important for us.

“As usual, I hope the package we are introducing is working as expected and in that case, it can be a good boost in order to try and catch up the current gap we’ve got to the Red Bull.”

With the 2022 rules at the start of their lifespan in F1, there’s a lot of scope and potential for teams to develop their respective challengers.

However, had the cost cap not been in place, there’s no doubt the top three teams – Red Bull, Ferrari and Mercedes – would be bringing upgrades to every weekend.

So far, Red Bull have introduced them more regularly but also sparingly while Ferrari are expected to bring a significant upgrade package to Spain.

With Ferrari introducing major upgrades for this weekend, could Carlos Sainz get his season back on track and take his maiden F1 victory?

Sainz has endured a difficult start to the year with two DNFs and a host of high-profile crashes, leaving him 51 points behind teammate Leclerc in the drivers’ championship.

The Spaniard was incredibly consistent throughout 2021, even toppling Leclerc and ex-teammate Lando Norris in the championship.

Sainz needs to return back to that version of himself – accepting that Leclerc is likely to be quicker but maximising the best result possible while making no mistakes.

Fernando Alonso will be hoping for a better weekend on home turf after suffering a miserable race in Miami where he picked up two separate five-second time penalties.

Remarkably, Alonso has just two points to his name so far this season – one less than Williams’s Alex Albon.

Alonso’s last F1 victory came back in 2013 at the Spanish Grand Prix – over nine years ago.

The topic of jewellery in F1 had dominated the paddock headlines in recent races following the FIA’s clampdown.

The dispute between the FIA and Hamilton is likely to rumble on with the latter remaining defiant in wanting to wear jewellery in his Mercedes cockpit.

Hamilton has been given a two-race grace period (Miami and Spain) to adhere to the FIA’s ruling and with new president Mohammed bin Sulayem remaining firm with his stance against it, it’s likely going to be a story that rumbles on for a while.

“I love jewellery,” bin Sulayman, FIA president said.. “I absolutely love it. But in the car there can be no choice. People say they [the rules] haven’t been implemented before. Don’t ask me why not. People can ask the old regime why that is the case.’

“That’s up to him. There are fines that apply. It’s like if someone speeds on the roads – you can’t stop them doing it but they get fined, even if it was accidental.”

Hamilton entered the Miami press conference on Friday with a plethora of jewellery including eight rings, four necklaces, two earrings, a bracelet and three watches.

It will be interesting to see whether the seven-time F1 champion does the same again this weekend in Barcelona.

Another test of the new regulations

Historically, the Circuit de Barcelona-Catalunya has been one of the most difficult circuits to overtake at.

The long run down to Turn 1 gives drivers their only realistic chance of an overtake with the rest of the circuit consisting of medium to high-speed corners with very few heavy braking zones.

While drivers have found following other cars to be easier in 2022, overtaking still proves to be difficult, particularly given the field spread.

The Spanish GP isn’t a fan favourite due to its tedious races over the years – will 2022 be any different?