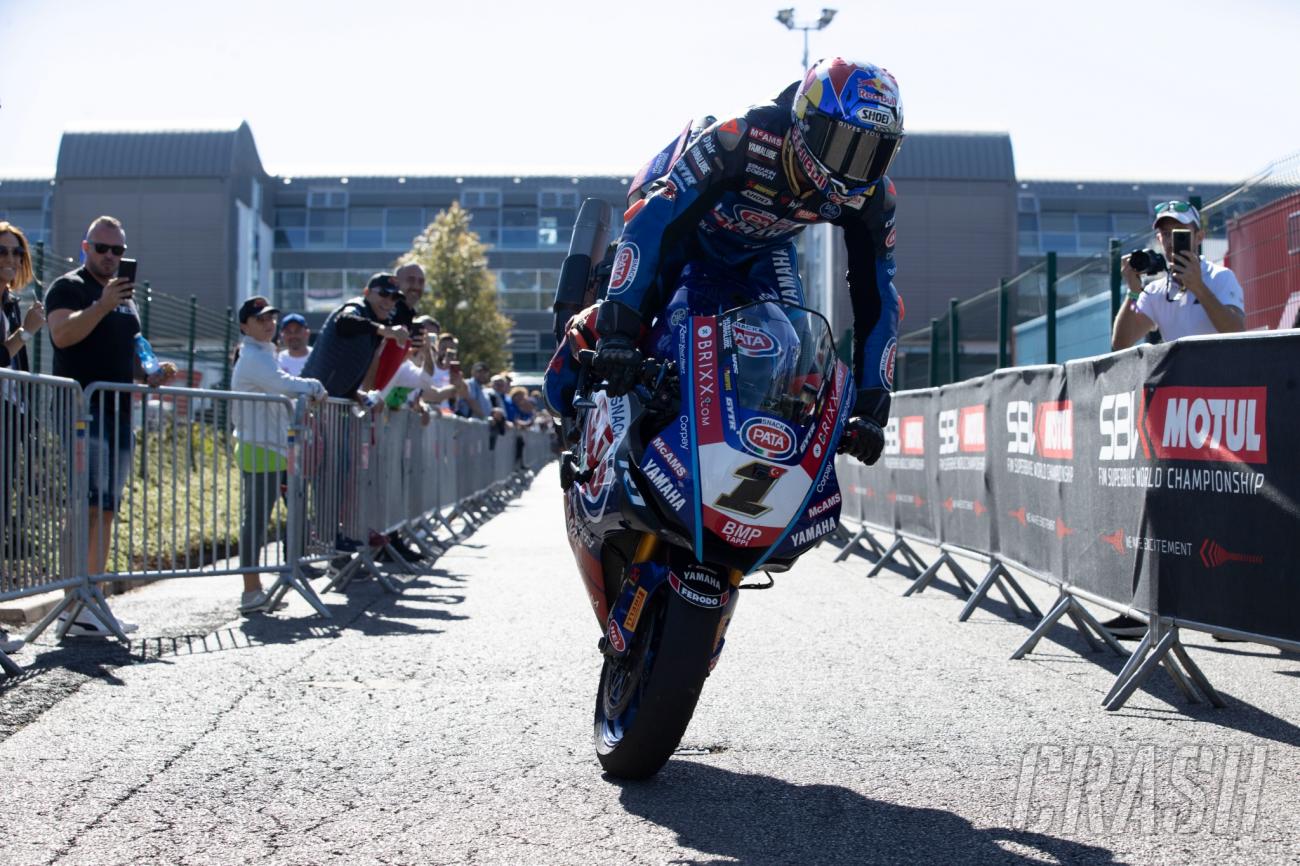 After an uncharacteristic mistake in race one which saw Razgatlioglu crash before recovering to 11th position, the reigning WorldSBK champion went on to dominate both Sunday races at Magny-Cours.

Claiming his fifth win out of the last six races staged at the French circuit, Razgatlioglu has also improved his 2022 win total to eight, the same number as championship leader Alvaro Bautista.

“Today [Sunday] we were very strong. We won in the Superpole race and, for me, race two was very important,” said Razgatlioglu.

“We normally take very big points from race two. I’m very happy today. This is my favourite track and we won again.

“Normally, my dream for this weekend is three wins but Saturday for me was bad luck. On Saturday, my big problem was the brake but today we changed all the kit and I’m feeling much better.

With main title rivals Bautista and Jonathan Rea behind him on lap three of race two, Razgatlioglu was the only rider unaware of the incident that took place.

With Bautista crashing out following contact with Rea, it meant all championship contenders suffered a crash on the same weekend for the first time this season – Razgatlioglu and Rea both crashed out of race two at Assen, while Bautista suffered his only other DNF at Donington Park after a mistake in race one.

“This weekend was a strange weekend! The three riders at the top of the championship all crashed. I don’t understand this weekend,” added Razgatlioglu.

“I’m very happy because in the two races, I won. Normally, we don’t see Alvaro crash. My team didn’t show me with the board, but I think this is better.

“Maybe if I saw my board, I’d not push for the win. I’m not looking at the Championship, I’m focussed race by race.”